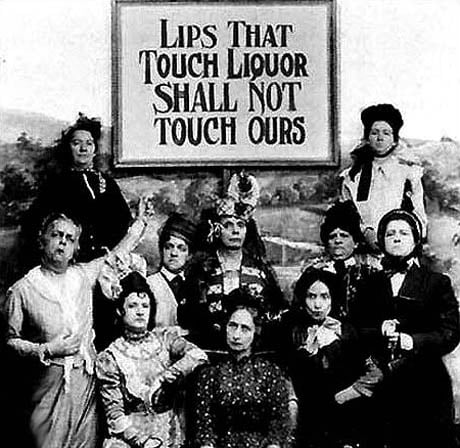 Douthat's correctly points out that the "key problem in college sexual culture right now isn’t drinking per se; it’s blackout drinking, which follows from binge drinking, which is more likely to happen when a drinking culture is driven underground." Specifically, it's "pre-loading" -- young people consuming a heavy dose of alcohol before they show up at a party. The results are not pretty.

What Douthat does not mention is that the impetus for raising the drinking age came from Mothers Against Drunk Driving (MADD), an organization founded in 1980 by Candy Lightner after her 13-year-old daughter was killed by a drunk driver. The federal government took the bit in its teeth, and in 1984 passed a law denying a portion of highway funds to any state that didn't raise the legal drinking age to 21. By 1988, every state in the Union had done so.

In 1985 Lightner left the organization. As she subsequently told the Washington Times, "It has become far more neo-prohibitionist than I had ever wanted or envisioned. I didn't start MADD to deal with alcohol. I started MADD to deal with the issue of drunk driving."

Prohibition was the last great Protestant moral crusade in America, and while it contributed significantly to the growth of organized crime, it did (contrary to popular belief) improve public health and change national drinking habits for the better. While the MADD-led crusade has had a major impact on reducing deaths from drunk driving, its neo-prohibitionist creation of a culture of binge drinking has had the unintended consequence of fostering sexual assault on college campuses and needs to be remedied by lowering the drinking age.
This will enable colleges, as they did in the past, to manage and, to some degree, control alcohol consumption by allowing campus organizations to serve drinks to virtually all undergraduates, and to model moderate drinking in social contexts. It is, in my view, the single most effective tool for administrators to break what Douthat calls "their colleges' symbiotic relationship with the on-campus party scene."

In the past few years, the federal government has used Title IX of the Civil Rights Act, which bars gender discrimination, to compel administrators to deal seriously with sexual assault on campus. As chair of a faculty committee charged with reviewing my campus' disciplinary procedures, I would urge federal officials to think as broadly as we have about how and why sexual assault happens, and to remove the state penalty on the under-21 drinking age.