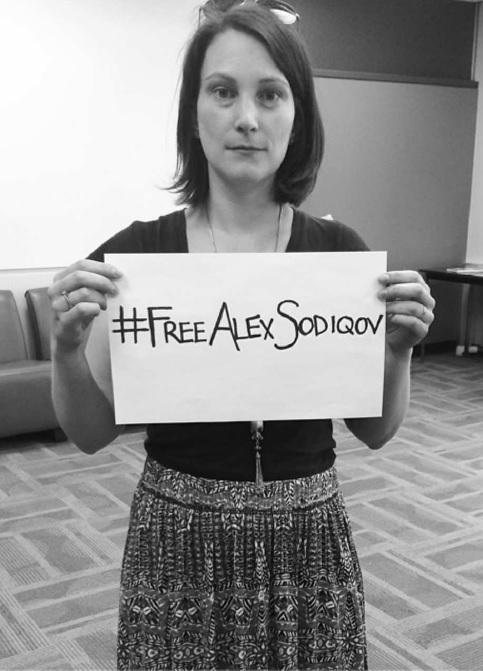 It's a small incident in a distant land that you've never heard of. But the arrest of Alexander Sodiqov is an offense against anyone who values the knowledge that comes from rigorous academic research.

One month ago today, Sodiqov, a PhD student at the University of Toronto, was arrested in a remote region of his home country of Tajikistan. He was conducting academic interviews with local leaders as part of a research project on conflict management in Central Asia, a project overseen by scholars at the University of Exeter. Security officials arrested Sodiqov while he was interviewing an opposition leader. Sodiqov was charged with "high treason" and espionage. Since then, security officials have held Sodiqov incommunicado, away from his family and without a proper lawyer.

The awareness campaign includes a new Instagram and twitter campaign with the hash-tag #FreeAlexSodiqov, a petition with the signatures of over 3,000 scholars (including myself), and a website with information on the case.

Sodiqov's University of Toronto professor Edward Schatz wrote an op-ed in the Globe and Mail . Schatz compared Sodiqov's detainment is similar to arrests of journalists in Egypt and other countries.

"[Sodiqov is] the victim in a troubling trend globally in which access to knowledge and freedom of information are at risk," Schatz said. "True, this is a country that is very far away, but this is an issue that is extremely close to home."

Amnesty International calls Sodiqov a "prisoner of conscience who is detained for exercising his right to freedom of expression." The human rights organization is calling on supporters to contact the Tajikistan government.

This pressure may seem small, but it may just work. The country is heavily dependent on foreign aid and its elites often send their children to universities like Toronto and Exeter. The small but vocal outcry by scholars has already forced Tajikistan to provide some information (albeit limited) on Sodiqov and to promise an objective inquiry into his actions.

Hopefully, in another month or two there won't be the need for more vigils.