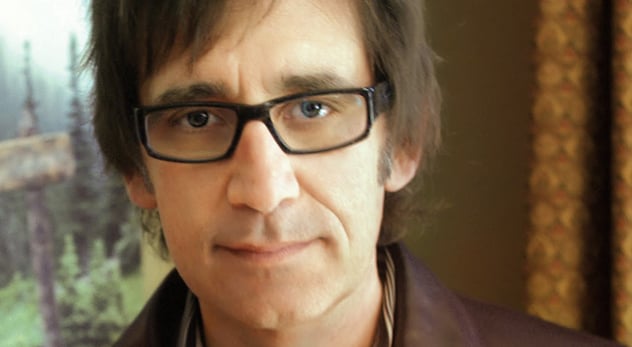 As violence rages in Gaza and the war in Iraq comes unravelled, many Americans evangelicals are rethinking their positions on war and violence. In the midst of this moment, pastor Brian Zahnd of Missouri’s Word of Life Church encourages Christians to take a “journey from embracing violence to pronouncing peace.”

In his new book, A Farewell to Mars, Zahnd questions how violence and power seeped into our understanding of faith and grace. He argues that the message of Jesus differs radically from the drumbeats of war we hear all around us. Here we discuss his provocative proposal.

BZ: I accepted violence as a legitimate way to shape the world for good. I was comfortable with celebrating, memorializing, and endorsing American war violence. I believed that the infliction of American violence—whether upon Hiroshima or Hanoi—was just and justifiable. For most of my life I simply did not feel there was any tension between being a follower of the Prince of Peace and enthusiastically endorsing the waging of war. But in my long and winding journey I’ve come to understand that [tweetable]to live gently in a violent world is part of the counterculture of following Christ.[/tweetable]

RNS: Tell us about your 9/11 prayer and why you think it was a failure?

BZ: On the evening of 9/11, I was one of several pastors leading a city-wide prayer meeting. As a pastor, my vocation is to lead people in the Jesus way. That’s not what I did that night. I allowed our collective anger and the palpable desire for vengeance to shape my praying. Essentially, I prayed a “war prayer.” My prayer was a petition for God to take our side in what I felt was the “inevitable” war to come.

This is how I failed, though I suspect very few saw it as a failure. For the most part, it’s what the crowd wanted. But the task of the pastor is not to follow the crowd. I wish I had done better. I wish my prayer had been more of a brokenhearted lament than an angry cry for vengeance. On the 10th anniversary of 9/11 I asked my congregation to forgive me for my failure.

RNS: You argue that we often divorce Jesus from his political ideas. Describe what you mean here?

BZ: [tweetable]The kingdom of God that Jesus proclaimed is intensely political.[/tweetable] It’s God’s vision for human society. We might think of the kingdom of God as the government or politics of God. But since the days of Constantine, we have increasingly embraced a privatized postmortem distortion of the gospel that stresses Jesus securing our place in heaven while leaving us free to run the world as we see fit. [tweetable]We’ve demoted Jesus from Lord and King to Secretary of Afterlife Affairs.[/tweetable]

RNS: I’ve heard people counter, “There can never be peace on earth until the prince of peace comes again?” What say you?

BZ: Ah, yes, the eschatological sleight of hand trick. Every Christmas we celebrate the coming of the Prince of Peace who we confess is Jesus Christ. But if we are challenged to follow the Prince of Peace in his ways of peace, we say, “Oh, that’s not until he comes again.” Of course, this is exegetical nonsense. It’s a way of continuing to follow Caesar and his Pax Romana, while pretending to follow Christ.

Jesus doesn’t say, “Take up your cross and follow me…when I come again.” Jesus invites us to follow him by laying down the sword and taking up the cross now! I can’t imagine Jesus saying, “What are you doing being peacemakers now? That’s not until I come back again.” Ridiculous.

RNS: What do you say to people who point to the picture of Jesus in Revelation–you know, the one riding on a horse with a sword and blood running bridle deep? That Jesus looks different than the Prince of Peace you’re describing. How do you reconcile these?

BZ: Everything in the book of Revelation is communicated by symbol. You can’t pick and choose. You can’t say, “Well, I believe Jesus depicted as a slaughtered lamb with seven eyes and seven horns is symbolic, but Jesus coming back on a flying horse and killing millions of people with a sword he holds in his mouth is literal.” No, it’s all symbol. And remember, Jesus is wearing a robe drenched in blood before the battle—his own blood.

The comedic aspect of the book of Revelation is that Jesus conquers the beasts of empire as a slaughtered lamb, not as a vicious beast. When the elder says, “Look! The lion of the tribe of Judah has prevailed!” What John sees is a slaughtered, but still standing, little lamb. We are called to follow the Lamb, not the beasts.

RNS: You say that Jesus told us to love our enemies, but what would Jesus tell us to do when terrorists kill our fellow citizens? What would Jesus have advised us to do in the face of the Third Reich?

BZ: The initial problem with this question is the pronoun “us.” Are you speaking of a Christian “us” or an American “us”? They are not the same. I don’t presume to advise the United States on national defense and foreign policy. I belong to another kingdom. But for Christians, martyrdom is always on the table. What is Jesus’ call to “take up your cross” if it’s not a call to be willing to die in faithfulness?

Hitler is a big question and I don’t have a simple answer other than to say that nonviolence is not non-action. To resist the Hitlers of this world in a way faithful to Christ will involve suffering. But perhaps a better question is, “How was it possible for Hitler to wage his blitzkrieg with baptized soldiers?” If the German church had been faithful to the pre-Constantine way of opposing participation in war, there would have been no Hitler to oppose.