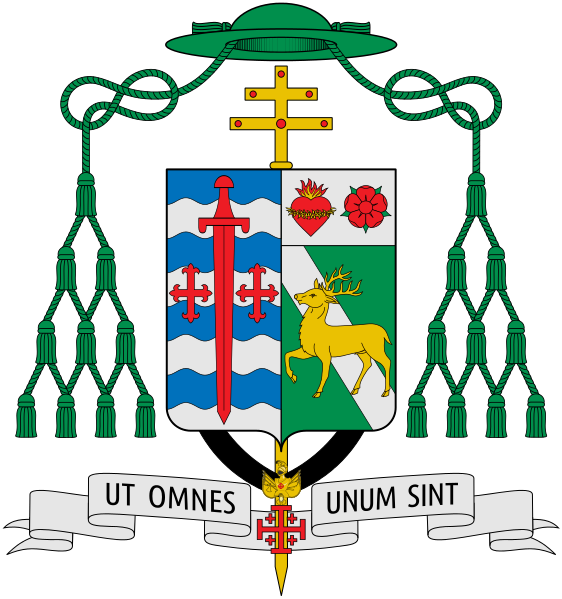 Coat of Arms of Archbishop Nienstedt

John Nienstedt, the embattled archbishop of St. Paul and Minneapolis, has decided to tough it out and disregard the calls for him to resign over his handling of sex abuse cases. He is now publicly campaigning to keep his job.

“In the end, it comes down to this: 18 years ago, Pope John Paul II chose me to serve the Church as a bishop, an authentic successor of the apostles,” he writes in a column posted on the archdiocesan website. “I am bound to continue in my office as long as the Holy Father has appointed me here.”

In other words, Rome is going to have to give him the heave-ho, which is to say that he’s got to persuade the papal nuncio to the U.S., Carlo Maria Viganò, that he deserves to stay.

“I would have to be convinced that my effectiveness to lead the archdiocese was nil,” Nienstedt said yesterday to the Minneapolis Star-Tribune, which on Sunday called on him to step down. “And I don’t believe it is.”

Think about an employee coming to you and saying, “Don’t fire me, my effectiveness is not nil.” Would you cancel the pink slip? Or would you laugh in his face?