A study conducted at Loyola University and published in the journal Social Psychological and Personality Science found that people primed to think about healthy and organic foods — which are “often marketed with moral terms (e.g., Honest Tea, Purity Life, and Smart Balance)” — tended to be, well, meaner: less generous, more judgmental, apparently because in choosing organic they already felt so much better about themselves and their choices that they didn’t need to be, well, nice. 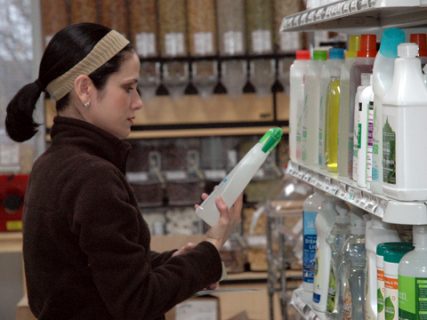 Apparently there’s truth behind that old New Yorker cartoon, wherein one couple, waving to another couple as they drive away, dismiss them as “sweet, but a little too ‘more organic than thou.'”

The late humorist David Rakoff once suggested that foodie culture — even the kind that’s supposedly about triumphing over environmental degradation caused by factory farming — is often a narcissistic exercise in which the object of celebration is the eater’s own specially honed tastes:

“It takes an exceptionally fine tongue and palate, you must admit, to appreciate a dessert of a single date. One so very different from the cratered, preservative-strafed mouths of the masses.”

Food is just one area in which those ‘in the know’ can separate themselves from ‘the masses.’ On ‘natural lifestyle’ blogs, this kind of superiority and self-righteousness pervades and reeks of privilege: “we don’t vaccinate, we don’t medicate, we don’t eat [long list of normal and even generally-regarded-as-healthy-foods], we homebirth, we go barefoot…” and so on.

“Well,” my friend said after reading one such list, “isn’t she lucky?”

I knew instantly what she meant. While I certainly sympathize with concerns over chemicals and additives in our food, with the degradation of the environment, with the overprescribing of antibiotics and the soaring who so proudly adhere to ‘natural’ lifestyles are the very thing that make a flourishing, healthy life possible for so many people.

How many babies and moms wouldn’t be around if it weren’t for safe cesareans and antibiotics? How many babies and children of a hundred years ago died in infancy because vaccinations and antibiotics weren’t around? It’s telling — and chilling — to notice how relatively few people with serious disabilities survive in countries too resource-poor for medical advances that could save their lives and allow them to flourish.

It’s ‘natural’ for a polio victim to sit in the dust, begging, as I saw often enough in Malawi, but it’s anything but ideal.

And it’s easy to be proudly non-vaccinating, non-medicating, home-birthing and barefoot when you live in a place where, thanks to vaccinations, medications, modern hospitals and modern sanitation, the means of saving your life, or that of your children, is never far away, and you’re unlikely to acquire hookworms from walking around barefoot or giardia from drinking a raw green smoothie.

So, no, I don’t have much patience with the “more organic than thou” attitude, or any idealization of a ‘natural’ life, particularly when the adherents of such a lifestyle don’t realize the privilege that such a lifestyle implies — and that, strictly speaking, it’s anything but natural. Natural, after all, is stinking to high heaven and losing most of your teeth by the time you’re thirty, among other things.

An alternative to this might be gratitude for the good things that scientific and medical advances have done, and a humble awareness of the ever-present human proclivity for despoiling even the most Edenic of situations.

{Note:  In retrospect, and seeing this post through the eyes of others, I can see that it would’ve been helpful to note that I, myself, have been guilty of judging others based on their lifestyle choices, and of being self-righteous and smug about my own choices. And so, as with so many of my writings, this critique is a critique from within; of haughtiness not merely in others, but in me.} 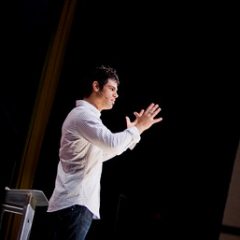 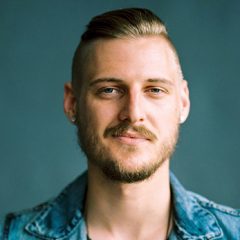 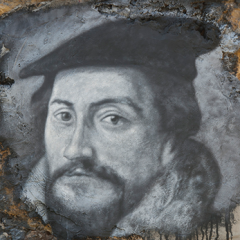 Beliefs
The troubling trends in America’s ‘Calvinist revival’
Follow us on Facebook!
Submit your photos to RNS