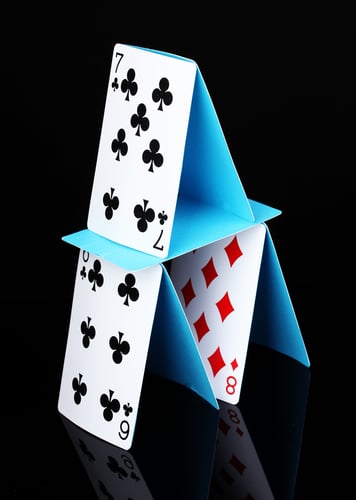 It’s been a long time since Mormons had a bona fide schism. Probably not since the disavowal of polygamy in 1890 has a major new movement threatened to siphon some fraction of Mormons away from the mainstream.

But that may be what we now have with Denver Snuffer. Though the Idaho-based writer was excommunicated from the LDS Church in September 2013, Snuffer is not going gentle into that good night.

Just this past weekend his small renewal movement organized a wave of rebaptisms—an institutional point of no return. No longer is affiliation with his movement simply a matter of attending lectures or reading books. He now appears to be establishing a rival organization, however loose its confederation of small fellowships may be or how vociferous Snuffer’s own promises that he does not intend to start a new church.

What can Mormons learn from the continuing appeal of Denver Snuffer?

Now, judging from past comments on this blog, I’m sure that some readers will see this post and assume the Denver Snuffer apostasy ship has sailed with me happily aboard.

No, I’m not going to recant my views on LGBT equality or start swigging wine with the sacrament—all things that Snuffer advocates because he thinks the 1830s were the coolest decade in human history.

But I am going to try to learn from this guy about why people are leaving.

The Snufferites claim that the Church’s bloated bureaucracy risks stifling Mormon life at the grassroots. They’re not wrong. In some stakes, for example, our quest to maximize corporate efficiency means we baptize all the kids turning eight that month in a single service. Proficient, capable, speedy, practical. Like a Moonie mass wedding, it solves multiple logistical dilemmas. But the practice hinders each child from the special joy of planning her own baptism service and inviting friends, or feeling singled out in a loving way. And anecdotal evidence says that some families that have demurred on these dunkings en masse and tried to hold their own private baptisms in rivers, streams, etc.—as Mormons have done for generations and (ahem, ahem) as Joseph Smith AND JESUS did—they are being told to get with the corporate program.

2)   Be transparent about money.

People want to see where their tithing money is going, and know that it will help people in need. Snuffer’s group takes seriously the communitarian ideals of the early Mormon movement—that there would be no poor among them. They seem to be preaching a kind of relational tithe in which people actually know the people they are supporting.

3)   Avoid preaching about the gospel as a house of cards.

The more the LDS Church emphasizes that its prophets and apostles are incapable of ever leading the Church astray, the more it risks pushing its least flexible members toward a heresy like Snuffer’s. That’s because those Mormons who stand in the all-or-nothing camp and decry the selectivity of so-called “cafeteria Mormons” set up faith as a propositional house of cards. When the one card of prophetic infallibility (which many Mormons believe in practice if not in theory) falls away, their faith crumbles to dust. They’ve never been taught that a church that is even 95% true is something to cling to, so when someone like Snuffer comes along with the answers—Joseph Smith was perfectly perfect, and it’s all been shot to hell since then!—their hope sparks that the 100% truth they’ve been promised in Mormondom from the cradle will finally come true.

4)   Be open to extemporaneous worship.

Many Mormons crave worship that is spontaneous and Spirit-led rather than programmatic. I’m fascinated by this because I’ve been saying for a long time that our weekly gatherings feel anemic. Contemporary Mormons have mistaken predictability with worship and enforced quiet with reverence. With the exception of the testimony meeting, our sacrament meetings have become so formulaic as to be austere. Who can blame Denver Snuffer for seeing in early Mormonism a greater openness to public joy?

One of the appeals of Snuffer’s theology for conservative Mormons has been his populist emphasis on how any Joe or Jane can receive personal revelation. And by “personal revelation,” Snuffer’s not just talking about a sweet, tender confirmation of your morning prayer, with emphasis on the personal. No, this is a “Jesus appeared to me in my living room and now I am going to share with you how you can get Jesus to stop by your place too” approach. Obviously,  huge problems arise when you empower people with that level of unmediated access to the divine — as Joseph Smith learned, and as Snuffer no doubt will too. Still, it’s not a message we have heard in Mormonism for quite some time. Since, say, the nineteenth century. 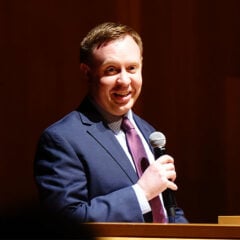 Flunking Sainthood
Mormonism and the ‘one true church’
Follow us on Facebook!
Submit your photos to RNS