This Sunday, Mormon leaders in the Seattle North Stake will roll out the red carpet for their LGBT brothers and sisters, many of whom have shied away from the Church because of its official stance against homosexuality.

That includes gay members who have been damaged by past experiences of prejudice at church.

“Believing that many of our gay and lesbian brothers and sisters have been alienated from Mormonism, from the congregations they once called home, we wanted to reach out to them and invite them to return and join our religious community,” says Aaron Brown, a stake high councilor who oversees Public Affairs.

“We want to make our congregations safe, more welcoming, more loving spaces where all our members — gay or straight — can fellowship and worship together, regardless where they are in life.  So we pursued this LGBT initiative as a means of extending that invitation and showing that we are serious about it.”

This weekend’s events in Seattle follow what has already occurred in San Francisco, where Mitch Mayne, an openly gay man, served as executive secretary in the bishopric. Part of the work Mayne and his bishop Don Fletcher did there was extensive outreach to the LGBT community and all inactive Mormons .

“Seattle is mirroring what we’ve done in [the] San Francisco Bay Area: throwing the doors open for anyone who wants to join with us on Sunday,” says Mayne.

“That means LGBT individuals are welcome to come to church regardless of where they are in their personal lives — single and living under the confines of the policy as we understand it today, married to a partner of their same gender, or dating someone new every night. There is no Bishop’s interview to sit in the pews on Sunday. There is no test to take to come to Sacrament or any of our meetings or events. Everyone is welcome, just as they are.”

And people are coming. Mayne reports that one family is driving three hours to Seattle to help welcome LGBT members at the special sacrament meeting and “linger later” social event.

Last Friday, Aaron Brown’s Facebook announcement about this Sunday’s welcome resulted in more than 250 comments. Granted, a few of those commenters sounded appalled, including one homophobic and grammatically unencumbered remark: “separate the clean from the filthy…. love them allow them to be present in our meetings but as Paul said, What fellowship does light have with darkness” [sic].

Clearly, many Mormons’ attitudes have a long way to go when it comes to welcoming everyone as Christ. But Sunday’s initiative is a great start, and its reach extends far beyond the LGBT community.

“Let’s be clear here,” says Mayne. “While this has great impact to the LGBT community, it also extends that same hand of welcome to straight members who feel ‘on the outside looking in’ for whatever reason. I suspect what they’ll see is exactly what we’ve seen in San Francisco — the return not only of LGBT members, but also many who have left because of the way we’ve responded to the LGBT community.”

To prepare for this weekend, Mayne and his former bishop, Don Fletcher, offered a training session in July for local leaders in Seattle, expecting 40 to 50 people. Over 90 showed up from three stakes.

Now they have training materials available to accommodate official requests from other stake leaders who wish to follow the example set in the Oakland, San Francisco, and Seattle North stakes.

What would success look like in Seattle? “We’re realists, and a massive influx of reactivated LGBT Saints probably won’t happen overnight, if ever,” says Brown. 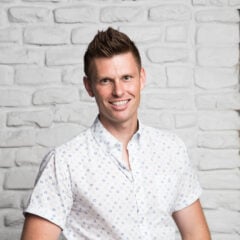 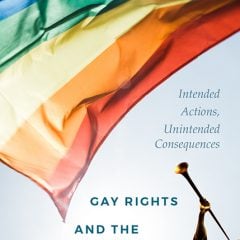