NAIROBI, Kenya (RNS) A conflict is unfolding in Tana Delta, a remote region of eastern Kenya where two ethnic communities are trading in harmful rumors, misinformation and hate speech.

The heightened tensions and mistrust in the homeland of the Pokomo and Orma ethnic communities has led a Canadian-based genocide prevention organization to launch an innovative project to address the problem.

Life in this part of the country, located about 150 miles from the capital, Nairobi, centers around the Tana, Kenya’s longest river. The predominantly Christian Pokomo farm along the banks, while the majority-Muslim Orma graze their cattle, sheep, goats and camels. 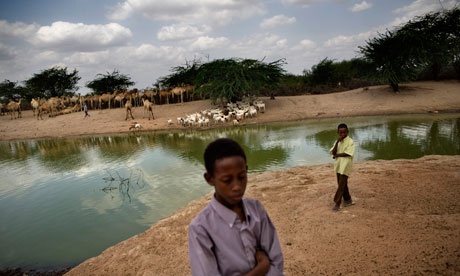 The introduction of large-scale commercial farms, a sugar plantation, and leasing of land for a biofuel project has put a squeeze on land available to both tribes.

This volatile mix of economic and ethnic rivalries has turned the district into a theater for violence and death. In late 2012, the Pokomo and Orma engaged in a bloody cycle of revenge killings over resources, leaving nearly 150 people dead and more than 12,000 displaced.

The killings caught the attention of The Sentinel Project and prompted its search for possible solutions to the perennial violence.

“We came away realizing that rumors were very significant in the area and created a lot of fear and distrust between communities … and that even if they were mostly untrue, enough people believed them to sometimes take violent action or at least support others who did,” said Christopher Tuckwood, The Sentinel Project’s executive director.

One false rumor claimed the Orma had been given 3,000 AK-47s to destroy the Pokomo. Another stated that a Pokomo health worker tried to inject Orma children with poison instead of vaccines.

Early this year, Tuckwood’s organization partnered with iHub Research, a Nairobi-based technology innovation hub, to launch “Una Hakika,” which means “Are You Sure?” in Swahili. In a region where cellphones are ubiquitous but connections to the Internet are scarce, the project uses toll-free text messaging to monitor such rumors and give community members neutral and accurate information.

Already, some people working on the project think it has wider potential to diffuse religious tensions among communities across the globe. A map of Kenya, highlighting the Tana Delta.

Tuckwood, who participated in a movement to stop the genocide in the Darfur region of Sudan, has experience in preventing atrocities.

Tana Delta is the perfect spot, Tuckwood said, because the region has witnessed a significant level of violence, but not to the extent of those in the Central African Republic, South Sudan or Syria.

Una Hakika has two groups of users: subscribers and ambassadors. Ambassadors send rumor reports, and receive and verify information after adequate training. Subscribers can only send reports and receive information.

The information is passed from Una Hakika to users mainly via SMS, a text messaging service, that acts as a rumor verification hotline. Some users also use voice calls to request verified information. In addition, the project monitors misinformation on social media such as Facebook and Twitter.

Most people in the Tana River area do not have web-enabled phones or do not know how to use the Internet.

“There were a lot of rumors before, which divided the community, but the service is helping unite all the people against violence and false information,” says Omar Bocha, an Orma herdsman.

The Una Hakika project is powered by WikiRumours, a technology platform designed to counter the spread of misinformation, and run with a $345,000 grant from the Canadian governmental organization, the International Development Research Centre.

The Sentinel Project hopes to expand the project to other areas, especially during the run-up to Kenya’s 2017 general election and beyond.

“Our WikiRumours software, which powers Una Hakika, was specifically designed with rural cellular connectivity in mind,” said Timothy Quinn, director of technology at The Sentinel Project.

“We certainly don’t believe that every conflict zone is going to be optimal for a technology-driven program, or that technology should take precedence over other humanitarian efforts such as outreach, education, disarmament, among others,” Quinn said.

Some of the challenges facing the project include illiteracy, insecurity and poor road networks, which prevent access to some remote areas.

But instant texting might help resolve intractable tensions, especially when religion is involved.

“It was quite clear that amidst the confusion, most Ormas said it was not al-Shabab while majority Pokomo strongly believed it was al-Shabab,” said John Green Otunga, Una Hakika coordinator based at the Tana Delta. 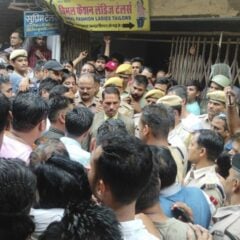