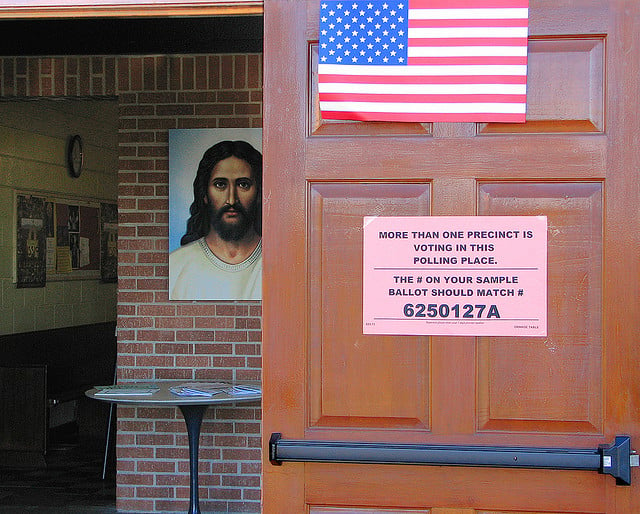 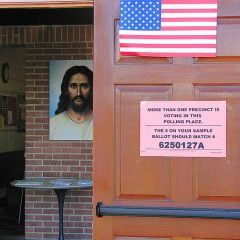 HWJV? How Would Jesus Vote image courtesy of Vaguely Artistic via Flickr

It's Election Day, and we begin with a quote from the man who gave his life so the United States could live.

In case you were thinking of not voting today, just know that Al Mohler has some strong words for you. He wrote on his Facebook page:

This Roundup is not going to try to predict whether the Senate will flip to the Republicans. It depends on how many Mohler fans listen to him. Given close races and run-offs, many Religion News Roundups may have been written before we know. But we can tell you what is up with the Supreme Court, those busy legal beavers.

The Supreme Court on abortion, church property and Jerusalem

Monday the court: Appeared split on whether Congress or the president could determine whether the passport of a Jewish-American-Israeli boy lists "Israel" or "Jerusalem' as his birthplace; won't hear a challenge to a Colorado law the bars people from obstructing abortion clinic entrances; left intact part of an NYC law regulating anti-abortion crisis pregnancy centers and rejected an appeal by the national Episcopal Church in Texas over property awarded to breakaway congregations. 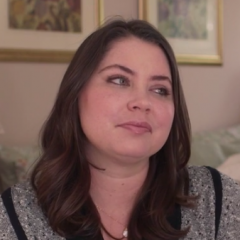 Across the country, those who advocate for aid-in-dying laws say that Brittany Maynard, who moved to Oregon because of its assisted suicide law and died Saturday, has galvanized a national conversation about expanding this right and that several states are expected to take up the question in the coming year.

"Up and down New England, the East Coast, and then in the West, too," said Peg Sandeen, executive director of the Death with Dignity National Center. "I think on both coasts we're going to see legislative action."

The trials of an evangelical college in Massachusetts

Turns out that many neighbors of Gordon College, just outside Boston, didn't know that Gordon isn't like most colleges in the college-rich Bay State. They found out when its president signed a letter urging an exemption for faith-based non-profits in a new order prohibiting discrimination against LBGT persons by federal contractors.

Suddenly, Gordon's partnerships with local schools, museums and municipalities began to unravel, the AP's Rachel Zoll reports. But even on campus, Gordon President D. Michael Lindsay's stance against same-sex marriage created rifts. (He may be having a really tough semester, but "D. Michael Lindsay" remains an excellent name for a college president.) Gordon has responded in part by creating a working group on sexuality.

With a clear majority, members of the Episcopal Diocese of Michigan have passed a resolution that calls for universal background checks on all gun purchases, banning all sales of semiautomatic weapons, high-impact ammunition, high-capacity ammunition magazines, and making gun trafficking a federal crime, reports USA Today. The vote fuels the debate within the church between those who appreciate such stances on social issues and those who say the church is losing its focus on the gospels.

Here's what the judge found: the church knew it was assigning a man who had molested a young boy to teach another young boy. When that boy was molested, they told his mother not to tell police. A San Diego judge ruled that the church's governing body, the Watchtower Bible and Tract Society of New York, is responsible for the coverup. Expect to hear about more cases involving the same abuser.

The details of life in Falluja under the Islamic State

It's too dangerous to report from Falluja about what life is like under ISIS. But two Reuters reporters, filing from Baghdad, get close enough to share many details. Among them: militants persuade a tailor to cease making covers for cars and instead sew suicide vests, and women and girls 12 and older are issued a niqab at the city line and forced to wear it in public.

Among the Newar people of Nepal, who practice a combination of Buddhism and Hinduism, it's not the cows but the goats that are holy. "We believe God looks after them," said a Newar farmer. NPR reports from the holy goat capital of the world. Cathy Lynn Grossman pens a thoughtful piece on Brittany Maynard, and whether suffering has spiritual meaning.

Chris Stedman on the pride in being gay.

We're going to end on a non sequitur this roundup because Tom Magliozzi, who, with his brother Ray, brought so much joy to millions as one of NPR's "Car Talk" guys, has died at 77. I'm guessing that many Religion News Roundup readers are fans and found the show a soulful experience. Here's a tribute from Josh Nathan-Kazis.

If you stumbled upon this Roundup and want to get it free, each weekday. Just sign up below.