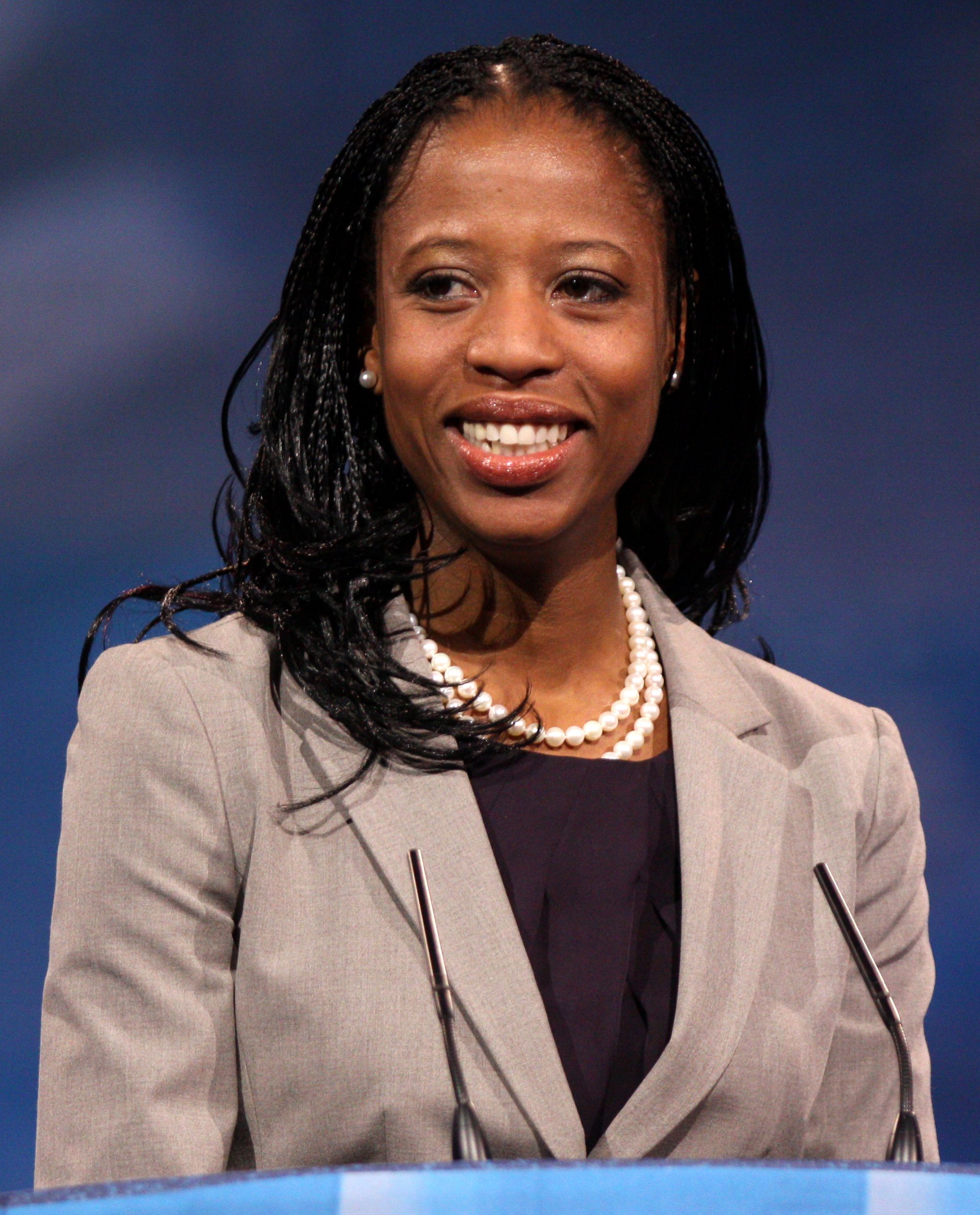 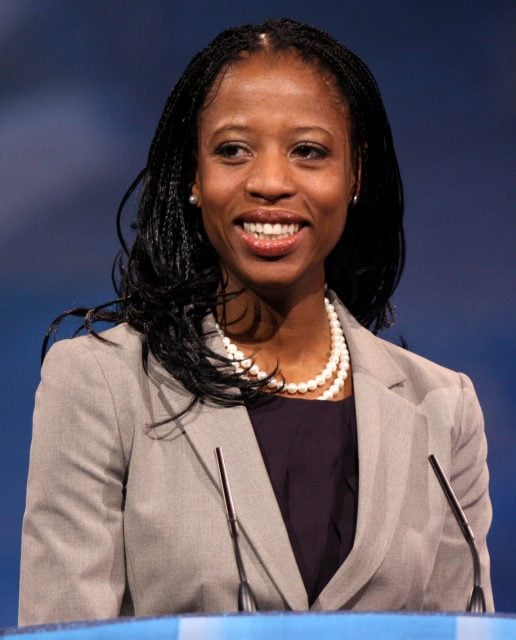 In doing so the Mormon also made history, becoming the nation's first black Republican woman to ever serve in the House, and also its first Haitian-American of either gender.

Last night Love's election by a comfortable margin of more than four thousand votes erased the bad memories of 2012, when she was barely edged out by her Democratic opponent by just 768 votes. A couple of weeks ago on NPR, an interview with Love revealed her to be still haunted by the narrow margin of her loss, and determined to turn it around in 2014, when the path was a little easier because there was no entrenched incumbent to defeat.

My politics could not be more different than Mia Love's. A darling of the Tea Party, she is pro-gun, anti-healthcare and has very questionable ideas about funding education.

I would not have voted for her, but I have a grudging admiration for her. As Newsweek put it in a profile last week,

White, white, white. In nearly every room Love enters as she stumps her way across Utah’s 4th District on a quest to become the first black female Republican in Congress, she is not just the only black person there. She’s the only person of any color, unless you count farmer tans.