Last weekend, The Institute for Church Life at Notre Dame hosted Gay In Christ, a day and a half colloquium intended to offer “an appropriate pastoral strategy for Catholic parishes” to “self-identified gay members.” The academic conference featured straight, gay, and lesbian speakers presenting on various topics concerning same-sex attraction and gender identity. The celibate gay and lesbian presenters were affiliated with Spiritual Friendship, a blog space started by Ron Belgau and Wesley Hill to discuss Christ-centered responses to LGBT Christians while remaining true to their beliefs in a traditional Christian sexual ethic.

A lot of small, important steps were made at the conference. The presenters emphasized a significant shift in the Catholic framing of LGBT individuals. In the past, Catholicism has framed homosexuality in terms of “same-sex attractions”—refusing to acknowledge a gay identity. The queer presenters shifted that language by identifying as gay and lesbian while still upholding a traditional Catholic sexual ethic. A nod to more accurate verbiage is major progress considering that the only narrative the Catholic Church has officially sponsored has been of those who adhere to “SSA” or “same-sex attracted” language. 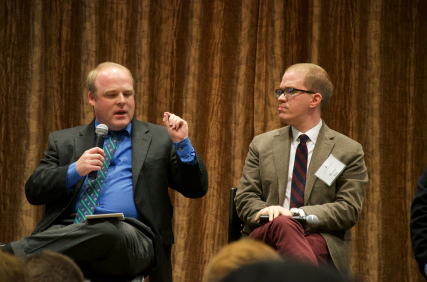 This shift wasn’t appreciated by everyone. Courage, a familiar Catholic organization that claims to help people with same-sex attraction or “homosexual desire,” was not officially involved with the conference. Some tension arose when a member of Courage—who seemed to only attend the very first night specifically for Ron Belgau’s presentation—vocally pushed back at the idea that Courage’s twelve step program to help overcome homosexual desires was not effective or even “Catholic enough.” The group encourages members to avoid identifying as gay or lesbian, which is perhaps why they weren’t involved in the conference. Yet the shift in language was necessary in order for the conference to discuss LGBT people as more than just sexual acts.

In a press release, Gay in Christ posed the questions the conference hoped to answer: “Can the Church be better at receiving the gifts offered to the Church by self-identified gay Catholics who accept Church teaching?  In turn, how can the gifts of ecclesial life in the parish be better attuned to the needs of these self-identified gay members?” Within that scope, it was imperative the conference understood that being gay is more than having certain “homosexual desires.” 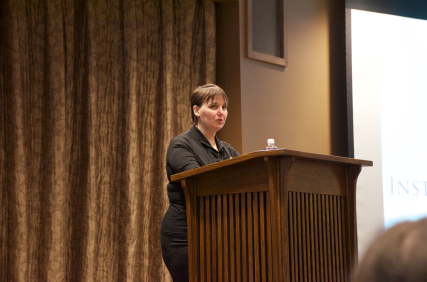 A second topic, one that has typically been left unaddressed, was how the transgender community should be engaged. Melinda Selmys gave what I would call the most educated, nuanced, and impactful presentation on transgender people that I’ve heard at any Christian conference. I was completely blown away with the level of understanding that Melinda, who herself struggles with gender dysphoria, showed in her presentation. She shared great wisdom concerning the often confusing collection of gender queer, transgender, transsexual, intersex and other gender variant communities. In comparison to how other Churches have stayed silent or tried and failed to elucidate the T in LGBT, I would say the Catholic Church has done more than all of Christianity to understand the transgender community.

A concern was vocalized towards the end of the conference, which really shows how Christianity as a whole is having the LGBT conversation– that we were reducing LGBT people to sex. While the conference presenters stressed the importance of seeing LGBT people as individuals with experiences with gifts they could offer the church, the statements always seemed to come with a catch — “as long as they don’t have sex.”

The presenters made clear that celibacy and marriage are vocations, and thus a personal spiritual journey. The presenters also emphasized that celibacy is not for everyone, and neither is marrying someone of another gender. Following this logic, there are clearly people lost in the margins.

Really, the only options that are being offered are to be either celibate or married to someone of another gender. But isn’t each person suppose to discern the spiritual vocation they are called to follow?  What happens then when an LGBT Christian says they’re called for a different vocation than the two that are Church approved? There wasn’t any conversation on the inevitable, and large, group of individuals who don’t feel called to celibacy.

How does the church deal with an LGBT person who doesn’t subscribe to traditional church teachings on sex and marriage? Do LGBT Christians who feel their vocation is to be in same-sex relationship not have a place in the church? If that’s the case, the discussion is still quite reductionist and limiting LGBT people to the act of sex. Until we can view LGBT Christians as individuals and have Christ-centered responses for those circumstances, we still have a long ways to go.