(RNS) The decision by the Montgomery County (Md.) Board of Education to remove religious names from school holidays, scrapping “Christmas” for “Winter break,” may be a smart political move, but it nonetheless postpones a more substantial conversation.

The board’s vote was based on the request of Muslims for the schools to recognize two important Muslim holidays in the calendar. There is a potential for backlash against Muslims in this decision, as the so-called “War on Christmas” intersects with Islamophobia.

More than anything, the change in name avoids a needed conversation on the role of religion in the public school system.

Changing school calendars is a politically difficult maneuver because it makes statements about community identity. Our initial school calendar was determined by a mix of agricultural schedules and dominant religious thought. The result: summers off to work the land, and the end of December off to celebrate the birth of Jesus. Despite changing economies and demographics, we hold on to this system because it tells a story of who we are as a nation.

Inclusion on the calendar is an important symbol of belonging. Montgomery County only included Jewish holidays in the 1970s, at about the same time many other public school districts did the same, despite Jews being part of the American story since its inception. Muslims want to be part of that narrative as well.

When up to a third of all African slaves brought to this country were Muslim, no one can argue that Muslims were not instrumental in creating the United States. As more pockets of established Muslim communities get involved in American civic life, they want the same treatment as other groups. It is not just a legal issue, but one that speaks to how the country deals with difference.

When they do not see their religion being recognized by the schools, students may feel isolated or be forced to make difficult decisions between religious observance and academic success.

And that’s a choice nobody wants to make.

The request for religious holidays, in general, is problematic. The increasing religious diversity of the country means that the state will prefer some religions over others, violating the First Amendment’s prohibition on an official “establishment” of religion. Yet even adding Muslim holidays, which are not on fixed dates, privileges some Muslim communities over others, making the state function as Chief Theologian.

The decision to remove the religious names of the holidays gives a thin cover of separation between church and state. Yet when the board states that the decision was made in response to requests by Muslims, that seems to shift the blame for the “loss” of Christmas to those advocates. Even though the dates for the Christmas recess do not change, the loss of the name fits neatly with the “War on Christmas” rhetoric, and Muslims can easily become the focus of a backlash. 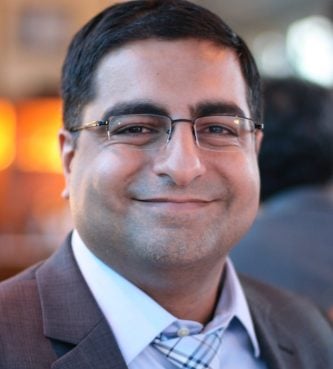 Many Muslims actually want to help preserve the celebrations of Christmas, and early reports indicate that local religious groups see clearly the politics at work. However, in an environment of rising Islamophobia, the board has to be more aware of what it says. It risks alienating Muslims students twice: by not granting the holidays and by making them scapegoats.

The core issue is how school calendars should deal with questions of religion. The educational demands in a modern secular society should require more school hours, not fewer. The entire calendar needs to be rethought to increase classroom hours, and arrange holidays around educational needs, such as state-mandated testing. Potential high absenteeism is not a reason to close the school. Individuals, not the state, should make the choice regarding religious observance.

At the same time, in both the public and private sector, reasonable accommodations for religious observance seem to work well. There is no reason schools cannot do the same. Doing so would recognize the worth of each student, without overburdening the school with constant fights around the calendar.

Montgomery County says it’s following the examples of other school boards, but that just means no one is addressing the real question.

(Hussein Rashid is a professor of religious studies at Hofstra University and associate editor of Religion Dispatches. He is also a term member at the Council on Foreign Relations, a Truman National Security Project fellow, and a senior fellow at the Institute for Social Policy and Understanding.)