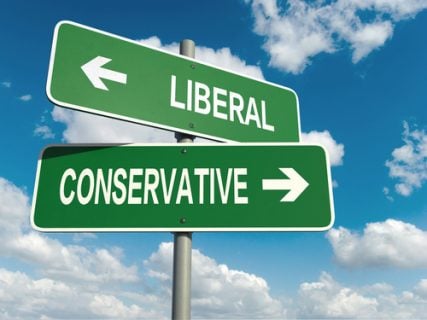 Last week saw a couple of passionate blog posts that faulted the LDS Church for its mealy-mouthed silence on torture.

I can understand where this is coming from. It’s a logical reaction against the predictably lopsided morality of the LDS Church. Sometimes I feel like I belong to a religion that would be less likely to rebuke a member who made millions designing torture techniques than it would to censure that same man if he dared to pass the Sunday sacrament in a blue Oxford shirt, or uttered the F word in public.

Many people have noted the old adage that liberal Christians care about social morality, while conservative ones focus on personal piety. There are some exceptions to this pattern, but overall, it’s a fair point.

Many of the arguments we see happening in the LDS Church these days are caused because liberals and conservatives prioritize such different things. Liberals would like to see equal opportunities for women, greater emphasis on helping the poor, and a concerted effort to get general authorities to quote NPR stories from the pulpit. Conservatives are generally satisfied with the way things are, and are more likely to emphasize personal righteousness, missionary work, and whether skinny jeans are a harbinger of the last days.

The problem is that when we call ourselves Christians, we’re supposed to care about all of it. The personal and the social. The little things and the big ones.

In the Book of Mormon, King Benjamin’s famous speech might serve as a model for us in integrating the two halves. He expresses concern with personal morality (“nor that ye should murder, or plunder, or steal, or commit adultery”), but much of the speech is taken up with social morality—service as a form of worship (Mosiah 2:21-22), and the holy obligation to care for the needy.

Perhaps thou shalt say: The man has brought upon himself his misery; therefore I will stay my hand, and will not give unto him of my food, nor impart unto him of my substance that he may not suffer, for his punishments are just—

But I say unto you, O man, whosoever doeth this the same hath great cause to repent; and except he repenteth of that which he hath done he perisheth forever, and hath no interest in the kingdom of God. (Mosiah 4:18-19)

In fact, the passage goes so far as to say that our very salvation is revoked if we don’t feed the hungry, clothe the naked, and visit the sick (Mosiah 3:26). Failure to attend to social morality, according to the Book of Mormon, means we can no longer claim a remission of our sins.

Yet this is not the kind of spiritual peril that Mormons usually emphasize (with the wonderful exception of Jeffrey R. Holland’s talk “Are We Not All Beggars?” in the October 2014 General Conference).

Instead we fixate upon minutiae that in the grand scheme of things are culturally-conditioned, insignificant trivialities. In the 1920s the personal morality issue du jour was card-playing. Heber J. Grant had a particular bug up his butt about it, saying in 1929 that Mormons “are expected to obey the Word of Wisdom, to be honest tithe-payers, to remember the covenants that they make in the temples of God, and not mutilate their garments: that we expect them to quit playing cards; and that we expect them to do their duty as saints, and to preach the Gospel by living it.

Playing gin rummy, apparently, was as bad as drinking gin.

Today our issues include a relentless policing of female dress, an obsession with homosexuality, and a deep fear of pornography. Of the 399 discussions of pornography in General Conference since the 1850s, 212 have occurred in just the last 14 years. The first mention of it did not even appear until 1959.

Don’t get me wrong; some amount of focus on personal morality is appropriate. We need counsel on issues of our day. Spiritual practices like temple recommend interviews and tithing settlements, for example, can help us stay accountable to changes we promised to enact in our lives.

But when our general leaders combine an intense focus on young women’s shoulders with near-silence on war, torture, racially-motivated violence on the part of police, and crimes against humanity, we should understand that as a problem. As the author of one of last week’s blog posts argues, “What good are prophetic voices that maintain total silence on the most pressing moral matters of our time?”