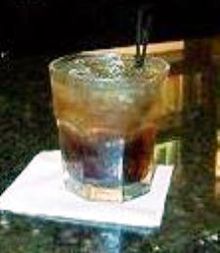 At a time when the pope is encouraging his flock to openly debate church policies, let me paraphrase the Sherlock Holmes story "Silver Blaze":

Editor: "Is there any other point to which you would wish to draw my attention?”

Silk: "To the curious incident of the Catholic right last week."

Editor: "The Catholic right did nothing last week."

Silk: "That was the curious incident."

That's to say that in re: the Francis-brokered normalization of U.S.-Cuba relations, there's been none of the growling from Catholic conservatives that one has come to associate with liberal moves by the current occupant of the See of Peter. From the hierarchy, all we've heard are cheers from the likes of Archbishop Thomas Wenski of Miami and Archbishop Timothy Dolan of New York and Bishop Oscar Cantú of Las Cruces, New Mexico, chairman of the bishops' Committee on International Justice and Peace.

In the conservative Catholic commentariat, Phil Lawler, Kathryn Lopez, Robert Sirico, and Father Z are all on board with Francis on this one. Bill Donohue too has bellied up to the bar. George Weigel, who made so bold as to criticize Pope Benedict for cuddling up to Fidel Castro during his trip to Cuba two years ago, has kept his peace. The only professional Catholic opinion-monger on the right I've found to slam His Holiness is Nicholas G. Hahn III, the editor of RealClearReligion.

The reason for this unusual political accord is the Vatican's longstanding opposition to the U.S. trade embargo, even on the part of that most anti-communist of popes, John Paul II, who paid a visit to Cuba himself in 1998. So traditionalists dubious about Francis can embrace the view that what he's pulled off here is in line with what the Church has taught since back in the last millennium.

All this leaves the foremost Catholic critics of the deal, Marco Rubio and Jeb Bush and John Boehner, out in the cold, religiously speaking. Unlike Rubio, Bush and Boehner at least restrained themselves from criticizing the pope. But it's hard to see them leading a successful anti-Cuban crusade without Catholic conservatives barking encouragement.