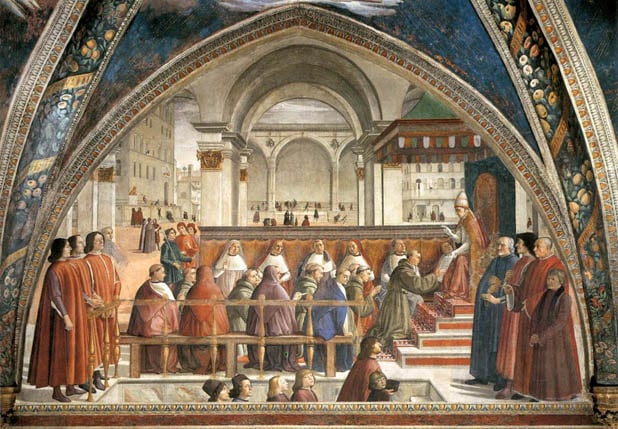 So far as I can tell, it’s unprecedented for a pope to chastise the Curia publicly. When Pope Francis administered those 15 Merry Christmas whacks heard round the world on Monday, he was doing something new under the Roman sun.

That’s not to say that popes have always been happy with the world’s oldest continuously functioning bureaucracy. Martin V, the Italian aristocrat whose election ended the Great Schism in 1417, reduced the cardinals to “quivering, stammering children in his presence,” writes Eamon Duffy in his History of the Popes. One hundred years later, when Leo X discovered cardinals plotting against him, he executed the ringleader and created 31 new ones in a single day.

“How many people work at the Vatican?” a journalist once asked Pope John XXIII. “About half of them,” he famously replied. Francis, who came into office with a mandate to get the Curia working properly, has by word and deed made clear that he means to do just that.

At the end of the 19th century, Leo XIII found his efforts to resolve tensions with the Orthodox and Eastern Rite churches frustrated by hardliners in the Curia. Francis may occupy the papal throne as a humble man of the people, but he’s also a tough old Jesuit. He wants the Curia — and the world — to know that bureaucratic foot-dragging and sabotage will no longer be tolerated.