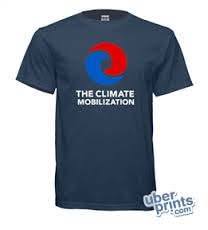 Word that Pope Francis will be issuing an encyclical on climate change in the coming months has occasioned unprecedented agita from conservative Catholic writers. Over at National Catholic Reporter, Michael Sean Winters discusses a clutch of articles that amount, he judges, to a preemptive strike against a document that does not yet exist.

To quote perhaps the most egregious example, in a climate change-denying screed over at First Things, Maureen Mullarkey dismisses the pope as "an ideologue and a meddlesome egoist." The Princeton jurisprude Robert George has also weighed in and so has the director of the Acton Institute's Rome office, Keyshore Jayabalan.

Not that the freak-out is restricted to certifiable Catholics. There's also been radio host Dennis Prager and, from Breitbart's London bureau, James Delingpole. All of this is of a piece with the anti-climate change agit-prop of the likes of George Will, Charles Krauthammer, and Cal Thomas, to say nothing of the Wall Street Journal editorial page.

But the "prebuttal" to the forthcoming encyclical is worth pondering, not least because its anxiety level far exceeds the reaction to Francis' repeated critiques of capitalism. How come?

In part, it's because the Catholic capitalist chorus has plenty of experience picking apart the manifestations of anti-capitalism that have long been part of the Church's social doctrine. Besides enumerating the manifold accomplishments of The Market, they know how to make the most of any opening provided by papal economic pronunciamentos.

Take, for example, Pope Francis' latest critique, published over the weekend by the Italian newspaper La Stampa. It will not take long for friends of the rich to single out His Holiness' condemnation of "pauperism" -- the religious valorization of poverty -- or to justify the status quo by pointing out that he does not contend that there is no place in heaven for the one percent: "The Gospel’s message is for everyone, the Gospel does not condemn the wealthy, but the idolatry of wealth, the idolatry that makes people indifferent to the call of the poor." Whew!

More importantly, generalized criticism of capitalism is nothing much to fear. Who objects to the occasional reminder that there are poor who need our attention, even if it does strengthen the resolve of those who misguidedly support a hike in the minimum wage or oppose a reduction in unemployment benefits?

Climate change is something else entirely. Combatting it represents a clear and present danger to business as usual.

Environmental harm is the foremost example of a negative externality that private enterprise cannot address on its own. A given factory will not invest in air pollution controls and put itself at a competitive disadvantage to other factories unless the government steps in and requires all to do so in the name of the common good. The threat of climate change is the greatest negative externality of all, and there is growing recognition that the only way to avert global disaster is through massive governmental intervention to bring about a world-wide shift away from carbon-based energy sources.

Take a look at The Climate Mobilization, an effort to create a grass-roots movement to make this happen through a national mobilization on the scale of what the federal government undertook in order to wage World War II. (Disclosure: my son Ezra is one of the principal organizers of the effort.) If this is what's really required to prevent carbon from destroying civilization, some powers-that-be have more than sufficient reason to minimize the impact of the pope's encyclical.

Think about the lengths to which the tobacco industry went to suppress information about the dangers of smoking. Then consider that the carbon industry is orders of magnitude larger and more powerful than the tobacco industry. The conservative commentariat knows which side of their bread is buttered, and there's plenty of butter on it.

Today, Francis concluded his "State of the World" speech to the Vatican's ambassadorial corps by expressing the hope that this year will see progress "in the drafting of a new Climate Change Agreement." Let's just say that that hope is not universally shared.