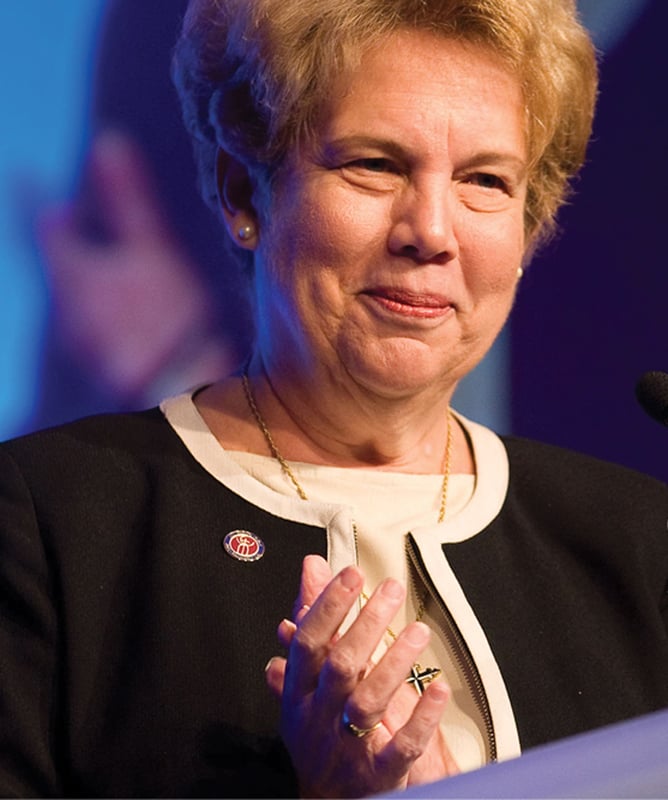 (RNS) A nun has been chosen as the next president of Catholic Charities USA, the first time that a woman will head the church's main charitable arm in its 105-year history.

Sister Donna Markham, a highly regarded Dominican who specializes in clinical psychology, will take over in June from the Rev. Larry Snyder, who has headed the Alexandria, Va.-based Catholic Charities for the past decade.

“There can be no greater call than to serve and advocate on behalf of persons who struggle to get by in a world where they are all-too-frequently relegated to the margins of society and where they long for dignity, hope and compassion,” said Markham, currently president of the Behavioral Health Institute for Mercy Health in Ohio.

“I feel blessed to walk among the many dedicated Catholic Charities workers across the country who daily make the gospel come alive through their care for their sisters and brothers in need.”

Catholic Charities agencies across the country serve 10 million people annually, and their 70,000 employees are on the front lines of the church’s social service efforts in the U.S.

Markham’s appointment by the CCUSA board of trustees -- a board she once chaired -- comes as Pope Francis is pushing to give women more prominent roles in the Catholic Church.

The choice of a well-known Catholic sister also coincides with efforts to ease the Vatican’s tensions with the American nuns, who have been the subject of two separate Vatican investigations and intense criticism from conservatives in Rome and the U.S.

“I will do all in my power to support her leadership and passion in working to respond to the growing needs of the underprivileged, especially following the example of our dear Pope Francis,” said Pittsburgh Bishop David A. Zubik, the chief liaison between the U.S. Conference of Catholic Bishops and CCUSA.

During his 10 years as head of Catholic Charities, Snyder became a prominent faith-based voice for social justice on Capitol Hill. He is returning to work in the Archdiocese of St. Paul and Minneapolis.