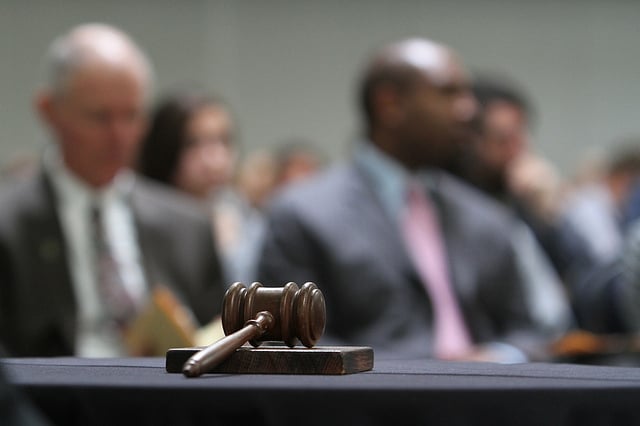 After a few weeks of taking a break and catching my breath, I am happy to be back and look forward to a great new year of shining some light and pointing to hope in the dark pockets of the Christian community.  At least that remains my prayer in 2015.

During the recent holidays, it seems as if I heard that phrase over and over again whenever the name of Bill Cosby surfaced in a news article or in a conversation.  Just recently, I read a report about a Bill Cosby concert that was interrupted by people heckling him about the growing mass of allegations that he has raped numerous women over the past decades.  After the show, one of his supporters told a reporter, “I don’t believe he’s been charged with anything and at least in this country you’re innocent until proven guilty.”  Similarly, in a recent discussion I was having with a group of friends, those who expressed an opinion that Bill Cosby had committed these assaults were scolded by one member of the group for “jumping the gun” and “convicting him” without all of the information.  This person strongly suggested that we refrain from casting “judgment” unless or until Cosby was criminally charged and a verdict rendered.

These type of “innocent until proven guilty” responses to allegations of sexual abuse are not limited to public figures.  When a member of a faith community is accused of sexually abuse, it is not uncommon for leaders and other members to caution everyone to hold off forming any opinions and to give the accused the benefit of the doubt until he has been “proven guilty” in a court of law.  All too often, this results in the alleged offender being treated like the victim while the victim is ignored, marginalized, and sometimes even rebuked. So, is a person who has been accused of sexual abuse “innocent until proven guilty”?  Yes!  Under the law.  One legal dictionary states, “One of the most sacred principles in the American criminal justice system holds that a defendant is innocent until proven guilty.”  This simply means that a person charged with a crime is legally innocent and cannot have their freedom taken away (sent to prison) unless and until they have been proven guilty in a court of law.  It is critical to remember that “innocent until proven guilty” is a legal term and that just because a person is viewed  under the law as “innocent” does not mean that they did not commit the offense.  It simply means that a jury was unable to unanimously agree that the government was able to prove the crime beyond and to the exclusion of all reasonable doubt.  It means that the defendant will be considered “innocent” under the law and will not lose his freedom.   It does not mean the offense never occurred.  Case in chief:  the murder trial of O.J. Simpson.  Though the judicial system determined that he was “not guilty”, does that mean that he didn’t murder Nicole Simpson and Ron Goldman?  Does the fact that he was found “not guilty” mean that we should have no concerns being alone with him…especially when he’s angry?

Why do so many insist that we withhold any opinion regarding whether a person committed an offense until that person has been found legally guilty in court?  The reality is that we form such opinions every day regarding people and situations without the need to make them contingent upon a criminal conviction.  For example, a person who reportedly drives while intoxicated is considered legally innocent until he is arrested, charged, and convicted in a court of law.  However, does this mean that I have to withhold my opinion regarding whether I want to be driving on the same road with this person?  Does this mean that I should not warn my teenage drivers that they should do all they can to stay away from this individual should they see him driving?  What if I own a restaurant and am told that a certain individual in town has a reputation for not paying his food bill, but has never been convicted for these alleged thefts?  This person is certainly considered innocent under the law and should not be punished unless or until he has been proven guilty within our criminal justice system. However, does this mean that I should have to wait until the person is convicted before making the decision that he has to prepay for his meals? Should I be scolded for “rushing to judgment” simply because I received information and took precautionary measures to prevent a possible theft?   Please hear me, I am not saying that a mere rumor should be the sole basis of our opinions that lead to taking responsive actions.  What I am saying is that when we hear about others who allegedly commit an offense against another person, we all have a responsibility to collect as much information as possible so that our opinions are well informed and our decisions are well-reasoned.  Such opinions and decisions should not constrained by the conclusive (or inconclusive) results of the criminal justice system.  Doing so will defies our God given common sense and will often result in disastrous consequences.

This shouldn’t be any different when we learn about someone who has been accused of a sexual offense.  If it’s a public figure who has no contact with our children, we should certainly be free to form an opinion about the allegations, regardless of whether or not the individual has been convicted.   However, if the alleged offender is someone in our faith community, it is becomes critical that that our opinion and response not be exclusively contingent upon whether or not the person is ever “proven guilty” in court.  We must review the available information regarding the allegation, and be prepared to take immediate and well-reasoned precautionary measures to protect children and anyone else who may be a target of such abuse.  Doing so is not casting “judgment”, it is simply being responsible.  It is never a rush to judgment to fall on the side of safety when it comes to protecting the vulnerable.

Research has consistently found that very few children falsely report abuse.   Based upon these findings, there is a very high probability that a person in your faith community who has been accused of sexual abuse actually committed the offense.  Waiting for a jury verdict before forming an opinion and taking protective steps could very well place children at risk.

The next time you are admonished for “rushing to judgment” because of expressing concerns about someone who has been accused of sexual abuse, take comfort in the fact that “judgment” is the responsibility of judges and juries, but taking steps to protect the weak and vulnerable is a responsibility given to all of us by God.

Related Posts
By Alejandra Molina
John MacArthur believes the Bible trumps COVID-19 public health orders. Legal scholars say no
By Amy Klein
What good is faith when your fertility treatments aren't working?
By Bob Smietana, Alejandra Molina
Death of megachurch pastor Darrin Patrick officially ruled a suicide
By Alejandra Molina
‘Your fight is my fight’: Latino clergy and faith leaders rally behind Black Lives Matter
By Alejandra Molina
Who is Junipero Serra and why are California protesters toppling statues of this saint?