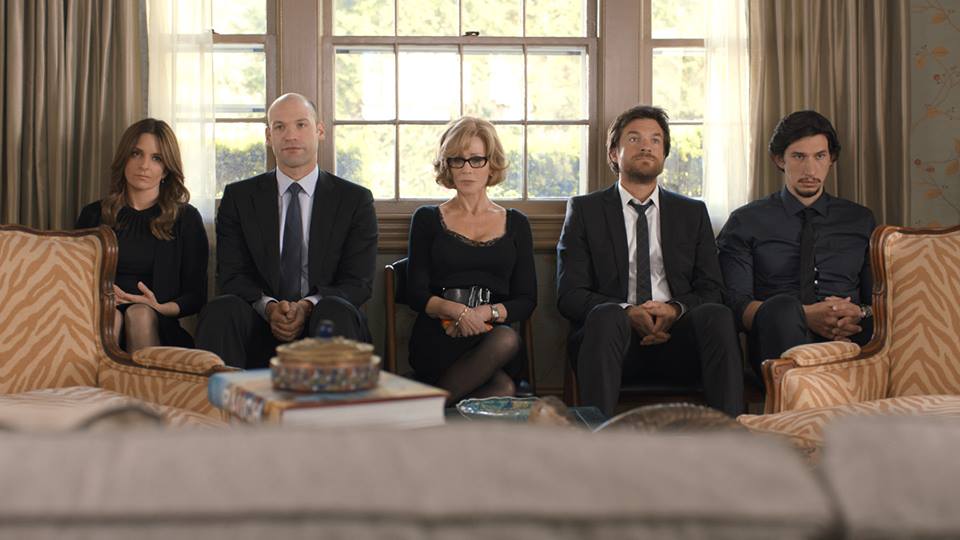 A scene from 'This is Where I Leave You,' a Warner Bros. production.
February 2, 2015
Jeffrey Salkin

(RNS) Are Jews sitting shiva for shiva itself?

For the uninitiated, shiva (seven) is the traditional seven-day mourning period that Jews observe after a death. During shiva, mourners typically sit at home (hence "sitting shiva"), receive guests who offer condolences, and participate in an evening service featuring the Kaddish, the Aramaic prayer that most Jews associate with death and loss.

My own favorite interpretation: The seven-day mourning period invites the mourner to re-create the seven days of creation. The mourner becomes like an infant -- with comforters responsible both for nurturing and nourishing. And at the end of shiva, the mourner leaves the house and walks around the block -- emerging from the "womb" of mourning and re-entering the world, almost as a newborn.

Jews have great mourning rituals and we should use them wisely. Ideally, it helps mourners process the loss and makes deep spiritual sense.

There's just one problem: As beautiful and meaningful as it might be, almost no one sits shiva for seven days anymore.

While a seven-day shiva sounds good, there's always a certain reality. If you sit shiva for seven days, those seven days invariably include Shabbat. But Jewish tradition forbids mourning on Shabbat and on festivals. So, you would "get up" from mourning on Friday evening for Shabbat, and then resume mourning on Saturday evening after Shabbat ends. Yes, many Jews probably do that. But the interlude disrupts the mourner’s rhythm, and, many times, the mourning period simply stops.

A seven-day shiva can be confining, too. Mourners stay at home during the day while others are at work and the solitude can be bruising, distracting, and ultimately, not terribly conducive to mourning.

A scene from 'This is Where I Leave You,' a Warner Bros. production.

Check out the recent movie "This Is Where I Leave You." Mort Altman has died, and his widow (played by Jane Fonda) informs her adult children that their father had wanted them to sit shiva for him. This means that they have to spend the entire week with each other. Spoiler alert: The family is more than a little dysfunctional.

A seven-day shiva period means receiving guests for seven days -- typically in the evenings. True -- comforters are not supposed to be "guests" and mourners are not supposed to be hosts. But that is precisely what mourners become -- hosts. And it's exhausting. No surprise that mourners often report that they have barely scraped the surface of the hard emotional work they need to do.

And finally, a seven-day shiva simply doesn't make economic sense. Few people can afford to be away from their jobs for that long.

Perhaps it's time for modern Jews to simply own up to the changed nature of modern life, and officially adopt three-day shiva as standard practice.

Rabbi Richard Hirsh says as much in "A Guide to Jewish Practice: The Journey of Mourning": "(C)ircumstances and/or choice may result in a decision to reduce the number of days that shiva is observed ... it is recommended that the minimum observance consist of not fewer than three days."

In fact, it might be the best way to save shiva for the next generation of Jewish mourners.

Synagogues can also help train volunteers to become, well, maitre d's in houses of mourning -- directing visitors to where the mourners are sitting, where to put the food that they've graciously brought with them -- and finally, subtly or not-so-subtly suggesting to comforters that the mourners need to rest and that it is time to leave.

I was once discussing Jewish mourning customs with a Protestant colleague. He was amazed. "This shiva 'thing' -- it's an amazing resource."

It certainly is. And we can do better.

(Rabbi Jeffrey K. Salkin is the spiritual leader of Temple Beth Am of Bayonne, N.J., and the author of “Putting God On The Guest List: How To Reclaim The Spiritual Meaning Of Your Child's Bar or Bat Mitzvah," published by Jewish Lights.)