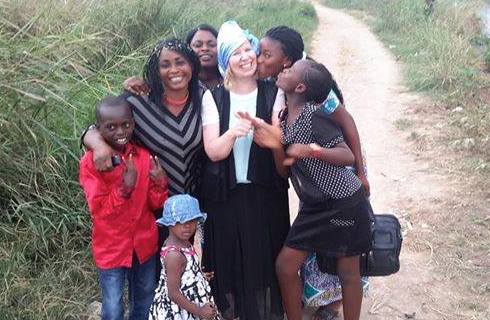 Margaret Young, center, surrounded by friends in the DRC

BYU writing instructor, novelist, and playwright Margaret Blair Young has turned her talented hand to a new venture: a feature film that’s inspired by a true story of Mormon missionaries in the Congo. You can check out the Kickstarter campaign here, watch a short video about the movie, and make a donation.

Today Margaret shares the inspiration for this story and her hope that LDS missionary service will pave the way from a racist past toward a more just future. – JKR

When my husband and I served in the LDS Missionary Training Center from 2007 to 2009, we had a group of young men headed to the Democratic Republic of Congo. I adopted the Congo group and became a second mother to all of them, so I have emails spanning the whole missions of fifteen LDS missionaries. The emails support sociologist Armand Mauss’s belief that through missionary service, where young men and young women are sent into other cultures and often paired with missionaries from those cultures, the Mormon Church will move past racism. 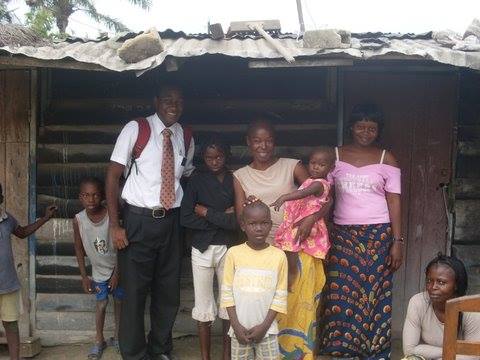 A Mormon mission in the DRC

There were inevitable cultural clashes. Among the emails I have are some details of these clashes. Not all were successfully resolved, but there were impressive strides. One Anglo missionary reported this:

My [Congolese] companion started saying how all us white missionaries were failures, did things wrong, didn't baptize, and how the African missionaries were real missionaries. He just kept attacking and attacking, and I just kept defending until I was so angry that I wanted to attack back. And this thought started in my head: "African missionaries are bad because” . . . etc., etc. As I considered what I was about to say, my mind froze. I realized that something had gone HORRIBLY WRONG. I was starting to think like a racist. It terrified me. I went silent. We got to the next rendezvous, and I told my companion to teach it because I COULDN’T. My mind couldn't focus. I was absorbed in thinking of everything that I did which led to this, and what I could do to FIX it.

The rest of the day was a struggle. Halfway through our last lesson, all that poor, weak effort I had put forth for patience and love paid off. My prayers were answered, and everything just clicked. And all my frustration was gone, and I loved him again. 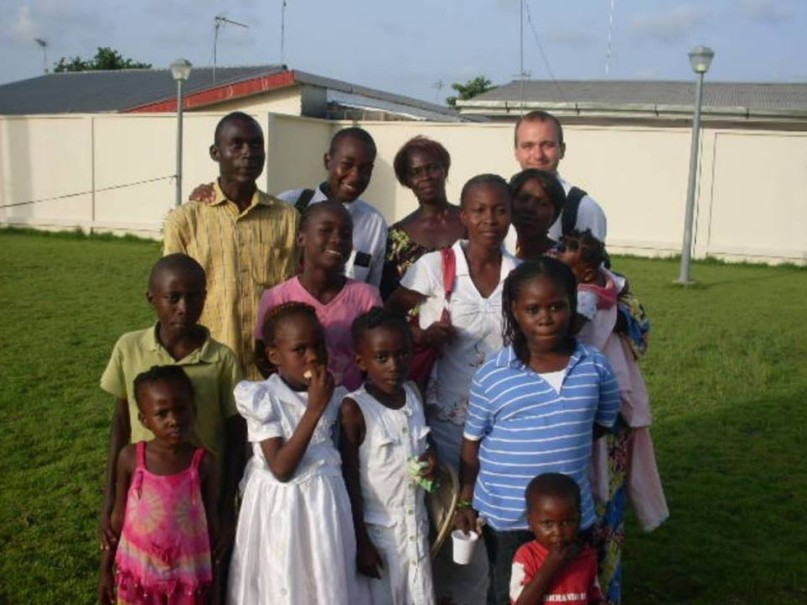 A Mormon mission in the DRC

I remain fascinated by the growth I saw in these young men. Later, when I began communicating with one of the Congolese missionaries, Aime Mbuyi—whose reputation for goodness was impeccable—I recognized a great story unfolding. Aime had been a revolutionary before joining the LDS Church. He described it:

Before I joined the Church, I was in a revolutionary group. We had a camp which was like a boarding school. One of the purposes of this camp was to teach us to abandon the religious system brought by white men . .. All of this was initiated by an African ex-Catholic priest who was the leader of the camp. . . He was building hate in us.

I saw a story, which would become the seed of a film: two men who carry deep prejudice against the other must learn to get along. The Mormon context was perfect, given the Church’s troubled past with race. “My” missionaries also discovered Joseph Fielding Smith’s Doctrines of Salvation in their apartment, which included the now-disavowed idea that blacks had been less valiant in the premortal life than whites. When LDS apostle Jeffrey R. Holland was meeting with them in 2009, an African missionary asked him about the eternal status of blacks. Had he been bad in the premortal existence?

I got similar reports from a variety of missionaries who witnessed Elder Holland’s response. Jared Wigginton said he “put to shame with Apostolic authority [the idea] that Africans were 'fence sitters' in the pre-existence.”

The conflict was so organic in this story that I merely tweaked it as I wrote the screenplay.

For me, the young men who form the basis of the film Heart of Africa represent hope. Indeed, Elder Holland told them, “If I could choose a symbol for the Church, it would be two missionaries.”

I’ll tweak that a bit: two missionaries, one white and one black, working under an almost invisible hand from Heaven, posed in benediction.