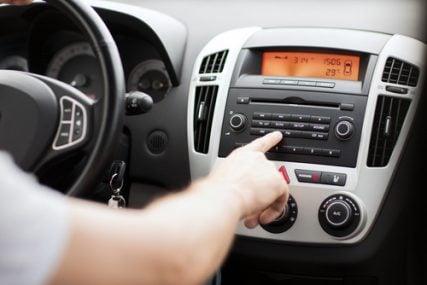 (RNS) On my recent 4,100-mile pilgrimage across the U.S., I occasionally used my radio’s “seek” function to find stations.

I did so because I enjoy gospel music and I was curious what the radio preachers were saying.

They tended to be excellent speakers and well-prepared. But their message seemed frozen in time, as if nothing had changed in America since the 1950s, except for the identities of enemies who are allegedly “attacking Christians,” “attacking Christian values” and “attacking the American way of life.”

This siege mentality seemed basic to every preacher I heard. I suppose it’s one way to rally the troops. Get them fearful, angry and suspicious. It also prevents scrutiny of whether an attack actually exists, who’s attacking whom and what God’s stake might actually be.

In the 1950s, alleged attacks came from a “worldwide communist conspiracy.” Those attacks proved to be nonexistent, and Christianity wasn’t its target anyway.

Later, enemies included the supposed “free-love” culture of 1960s “hippies” and the anti-racism efforts of civil rights leaders. Today fear-mongering preachers name a black president and growing progressive movement that are out to destroy Christianity and to promote radical Islam or “secular humanism.”

The goal of these angry preachers seemed specific: promote laws and lawmakers who will restrict accepted morality to the narrow 1950s parameters of women under male control, gays in the closet, whites firmly in charge and free-market capitalism as true to the gospel. Never mind that Jesus taught the opposite of each principle. Never mind that white power, white privilege, limits on freedom, demonization of minorities and stifling of diversity have absolutely nothing to do with what God wants. These goals are what white conservative men want and what corporate interests will fund.

It concerned me that so much well-funded and well-produced radio programming is selling this toxic waste as America’s only salvation. No wonder our political world is so angry and divided. When a sizable portion are being told that they are under attack — their faith, their Bible, their children, their homes, their nation — anger and its companion, fear, are the inevitable result, followed by armed aggression.

Another inevitable result is hubris: overweening pride based on the delusion of imminent attack means importance. If I am under attack, it must mean I am the center of all things. Hubris produces an “echo chamber,” in which people are told what they want to hear and reinforced in their outrage.

What I heard on stations from Arizona to New York was bad biblical scholarship — a flawed understanding of Scripture and thus of the God revealed in Scripture — feeding self-importance and a siege mentality, leading to isolation, resentment, ideological warfare and take-no-prisoners politics.

I couldn’t tell how much of this any one preacher intended or even saw. But I heard so much of the same thing that it alarmed me. I think American democracy hangs in the balance. Not to mention the gospel that Jesus actually proclaimed.