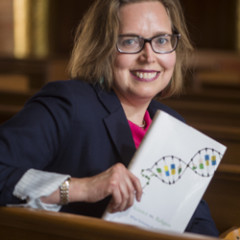 That headline might sound familiar to readers at Faith & Reason. And it should. The sociologist I wrote about last winter when her research showed the majority of scientists identify with a religious tradition, not God-denying atheists, myth-busting again.

Now, the myth that bites the data dust, is one that proclaims evangelicals are a monolithic group of young-earth creationists opposed to theories of human evolution.

Actually, 70 percent of self-identified evangelicals “do not view religion and science as being in conflict,” said Elaine Howard Ecklund, a sociologist and director of Rice University’s Religion and Public Life Program.

She was addressing 200 scientists, pastors and other who work in both fields at the addressed the American Association for the Advancement of Science’s conference on “Perceptions: Science and Religious Communities” sponsored by the AAAS’s Dialogue on Science, Ethics and Religion on Friday.

Last year, at an AAAS event with DoSER, Ecklund presented the first wave of data – looking particularly at self-identified scientists – drawn from a survey of 10,000 U.S. adults that claims to be the largest study of American views on these issues.

The headline then – right after the “Ham on Nye” duel between atheist Science Guy Bill Nye and creationist advocate Ken Ham of Answers in Genesis was a national sensation – was that 76 percent of scientists in the general population identify with a religious tradition.

Friday, the news that startled was the high degree of science acceptance among the subset of Christians who take their Scripture most seriously. Among this group:

Overall, 85 percent of Americans and 84 percent of evangelicals say modern science is going good in the world. The greatest areas of accord were on contemporary technologies (I see zip in my Bible about smart phones) and on medical discoveries that can alleviate suffering. Here, said Ecklund, most Americans see science and faith collaborating to the common benefit.

However, Ecklund also noted a finding that may make the evidence-based science world uneasy: 60% of evangelicals said scientists “should be open to considering miracles in their theories.”

Still, rather than drawing hard lines between spiritual and scientific understandings of reality, more than one speaker at the Friday event repeated Augustine’s view that, “All truth is God’s truth.” Former U.S. Rep. Rush Holt Jr., the recently named CEO of AAAS, added to this that all people who profess to have open minds to truth have “an obligation to listen to each other.”

There were mainline, Catholic and non-Christian participants at the program and the Perceptions Project has held workshops in their communities, as well as those with evangelical churches and seminaries.

Yet the primary focus is the 18 percent white evangelical and 7 percent black Protestant communities lumped into a 25 percent number of the overall population. Galen Carey,  vice president for government relations for the National Association of Evangelicals (NAE), is advising AAAS on the Perceptions Project.

I should note here that I was a participant at the Friday event, speaking on a panel of journalists who discussed media coverage of the relationship between science and religion.

What I pointed out in our session is that media, myself included, sometimes incorrectly conflate the conservative evangelical view with all Christians’ views under the general “religion” terminology.

I said this may allow a small subset to dictate the terms of the national science-and-religion conversation although they are not representative in numbers -– or point of view. This could lead to a great deal of energy devoted to winning the approval of the shrinking group and aging group that believes the Bible trumps science on critical issues.

— One in three adults under age 30 say they have no religious identity.

— The new Public Religion Research Institute American Values Survey found that white evangelicals are having trouble holding on to the next generation. While 18 percent of the population describes themselves as white evangelicals, only 10% of those under age 30 say the same.

— Young adults may be the least Bible-literate generation ever. A 2010 study by the Christian Research agency LifeWay found that 67% of Millennials said they don’t read the Bible or sacred texts.

But scientists who want to write off evangelical views as inconsequential may not want to celebrate those trends. The trend to emphasize personal experience and individualized spirituality over the authority of Scripture or religious denominational theology is part of a larger cultural trend toward rejecting authority.

The next group to fall victim to that trend could well be the voices of science. 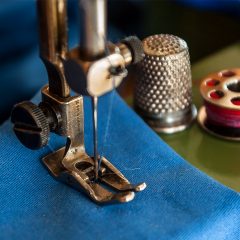 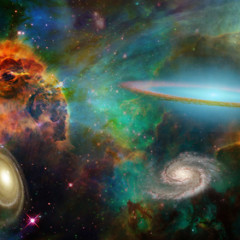 Beliefs
Do science and religion conflict? It’s all in how you ‘see’ it 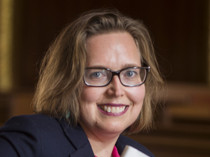 Arts & Culture
Evangelicals and scientists are closer than many realize 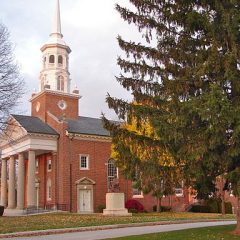 Arts & Culture
Seminaries awarded $1.5 million to include science in coursework 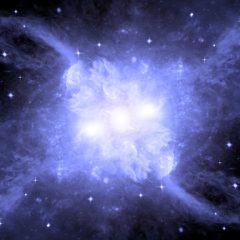 Arts & Culture
Survey: When science and faith collide, faith usually wins
Follow us on Facebook!
Submit your photos to RNS