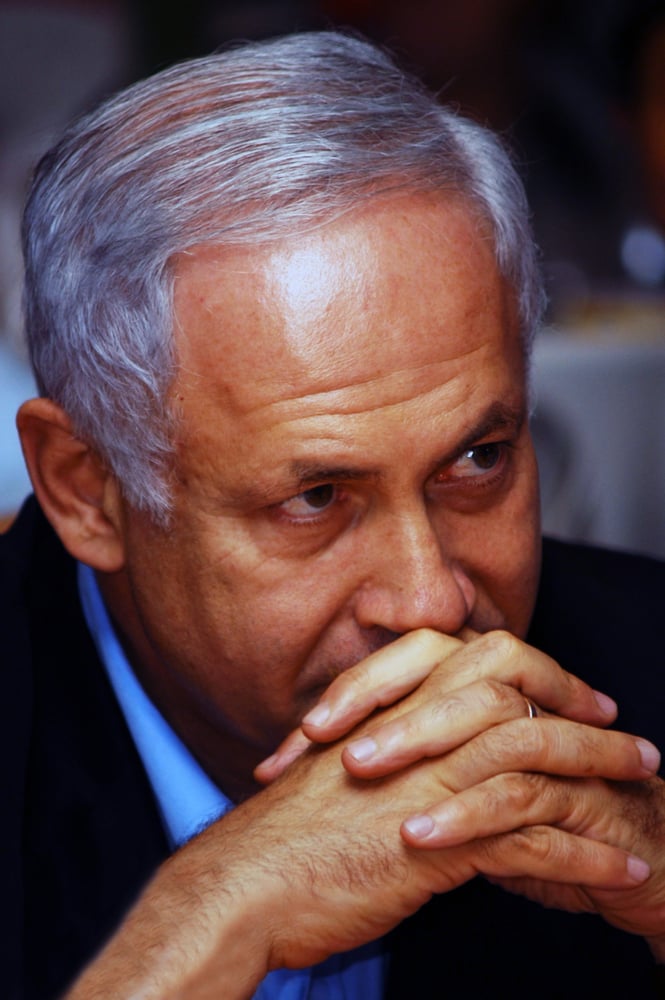 “You have to help me. I have been asked to give the sermon in a synagogue this Shabbat. What can I say?”

You got it, Bibi. Here goes.

“I stand before you, the newly re-elected prime minister of the State of Israel. It is time for us to hit control-alt-delete, and reboot nothing less than the hope of Israel itself.

“My victory comes during the week when we read the opening passages of Leviticus that speak of the offerings that people should bring if they sin.

"But when it comes to the ruler, the language shifts. It’s no longer ‘if.’ It’s ‘when.’

"That’s what rulers do; they err, and they sin.

“I have erred, and I have sinned.”

“I sinned against the Arab citizens of the State of Israel. In the final days of the campaign, I complained that too many of you were coming to the polls to vote. How could I have so profoundly disrespected the intricate democracy that we have worked so hard to build?

“In saying those words, I also sinned against the entire Jewish people, and against our history. For thousands of years, we have taken pride in our love of human dignity, in our knowing the heart of the stranger. Your conversations about Israel have always included those thoughts, those hopes, and those dreams.

“In uttering those hateful words about the Arab citizens of Israel, I have made the lives of Jews in the Diaspora more difficult, and at a time when they can least afford it. I have made it more challenging for you to claim Israel’s moral high ground. I have made your conversations more heated. I have given weaponry to your intellectual enemies. I have given aid and comfort to those who champion BDS. I have contributed to the ambivalence that many Jewish young people feel towards Israel.

“Let them not direct their anger and their frustration against the Jewish state. Let them direct it against me, where it more rightfully belongs. Go ahead. I can take it.

“I have sinned against the Palestinians. I said that there will never be a Palestinian state under my watch.

“I should have said: ‘…if the present conditions continue.’

“It is fair for us to ask you: What can you do to assure us that Palestine will not simply become a client state for these terrorists?

“Your state could include hilltops in Samaria that overlook the landing strips of Ben Gurion Airport. It is fair for us to ask you: what will you do to prevent terrorists, from bringing down a commercial air liner?

"If I say (and I would come to this, kicking and screaming) that there needs to be a Palestinian state, do not think that it is because I love you. The larger truth is: I love us -- the Jewish people and the Zionist dream. Do you think that the Zionist dream included eighteen-year-old Jewish kids with nothing better to do than to stand at checkpoints and question eighty-year-old Palestinian women?

“If Israel officially annexes the West Bank, and give you Palestinians voting rights, you will vote the Jewish State out of business. That would be the end of the Zionist dream."

“And if we don’t give you voting rights, or deport you (may God spare us such things), we will no longer be a democracy. That would also be the end of the Zionist dream.

“But there’s one thing that we will not do. We will not commit national suicide.

“Finally, let me say these words to my supporters – both in Israel, and abroad.

“You have sinned, as well. In your Facebook postings, you have photo-shopped me giving the finger to President Obama. You have posted photos of President Obama with egg on his face.

"Your support for me does not give you the right to be vulgar and to disrespect the President of the United States.

“True – he and I have had better days (though for the life of me, I forget when).

"But the United States is still and always Israel’s greatest ally, and President Obama and I have a lot of time left with each other. We have important work to do.

“I have sinned – because I am a ruler, and it is in the nature of rulers to sin.

“But the sins are not only mine. They belong to all of us, and together we must repent, and move forward.”