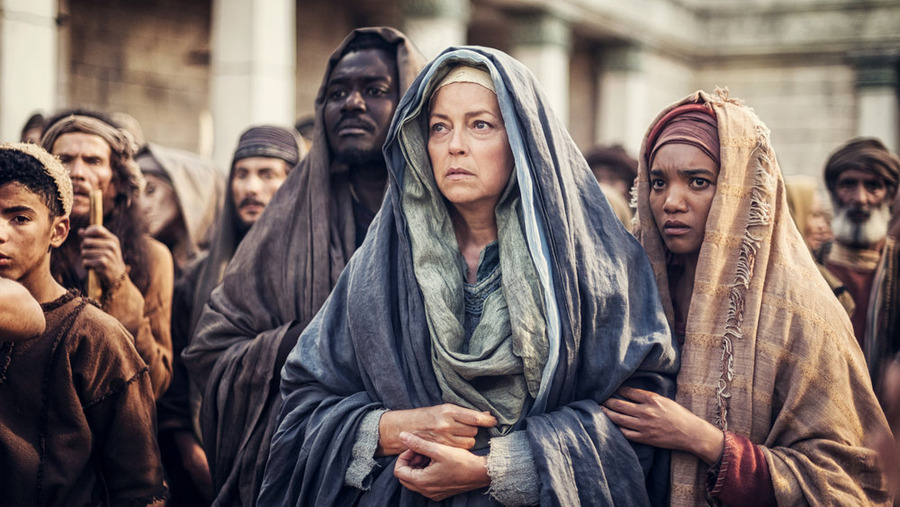 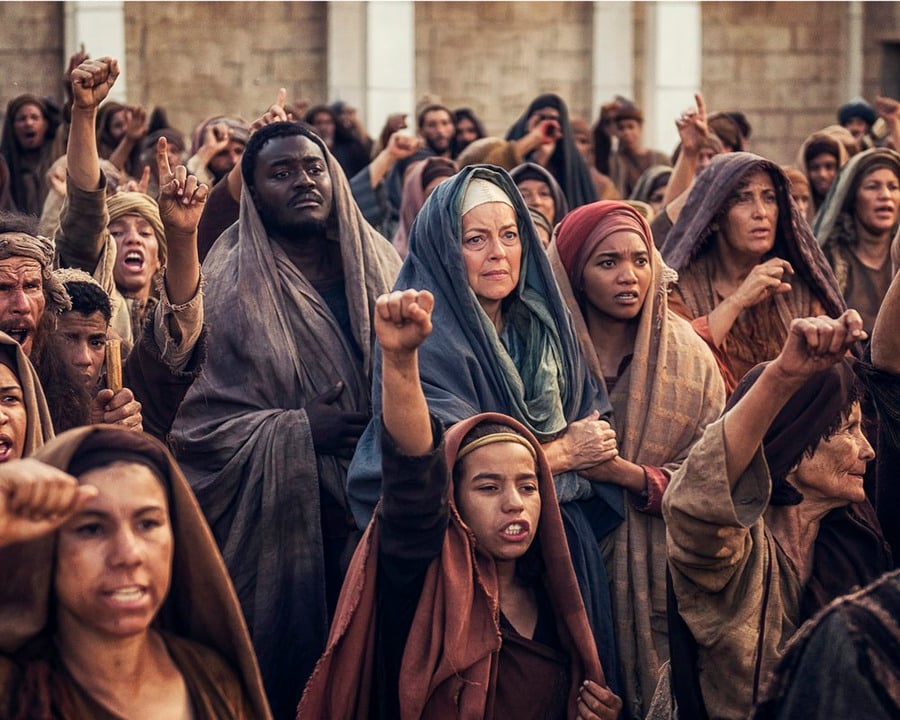 WASHINGTON (RNS) When “The Bible” miniseries premiered two years ago, controversy swirled around its depiction of a dark-skinned Satan who some said resembled President Obama, as well as its portrayal of white main characters in the Moroccan landscape.

Fast-forward to the premiere of the sequel, “A.D. The Bible Continues,” on Easter Sunday (April 5), and you'll see a decidedly more multicultural cast, the result of "honest" conversations between black church leaders and the filmmakers, Hollywood power couple Mark Burnett and Roma Downey.

"For too long religious programming has neither reflected the look of biblical times or the diversity of the church today," tweeted the Rev. Barbara Williams-Skinner, a Maryland-based black activist, writer and scholar. "We made this point to Mark and Roma after #BibleSeries, and quite frankly they listened. I'm glad for that."

Now, in a partnership with the 12-part NBC miniseries, an African-American Christian publishing house will host online resources to help viewers connect the holy book to Africa.

“The discussion about biblical characters is not just limited to portraying them as European; there are some other considerations that need to be brought into it,” said the Rev. Melvin Banks, founder of Urban Ministries Inc., a 45-year-old organization that serves some 10,000 predominantly black churches.

“These resources that we are bringing to bear allow for this kind of discussion to take place.”

It's a long-overdue conversation, said Bishop Vashti McKenzie, the first woman bishop in the African Methodist Episcopal Church. "Many still have the Charlton Heston image in their minds and many still deny that there was a black presence in the Bible," she tweeted on Monday (March 30) in an online conversation with Burnett and Downey hosted by Joshua DuBois, the African-American aide who directed the White House's faith-based office. Developers hope the online curriculum -- including podcasts and artwork featuring Jesus and other biblical characters as people of color -- will tap into the #BlackLivesMatter movement that has sprung up in the wake of recent deaths of unarmed African-American men at the hands of white police officers.

“Our desire is to connect the biblical stories with African and African-American history and let that help us to address many of the issues that our people face currently, especially young people but all age levels,” Banks said.

Burnett and Downey, who met in February with Banks at UMI’s Chicago headquarters, have emphasized the changes they’ve made in “A.D.,” which picks up with Jesus' crucifixion and resurrection and traces the life of the early church.

“We spoke to a lot of the African-American church leaders and really took to heart about how society looks, and how it would have looked at the time (of Jesus) with Judea being the crossroads of different cultures,” Burnett told Religion News Service in an interview.

He cited a number of characters portrayed by black actors, including Mary Magdalene and the apostles John, James and Philip.

“It’s a very, very diverse cast, and appropriately so," said Burnett, who noted the significance of the choice of Chinese-Zimbabwean actress Chipo Chung as Mary Magdalene.

"Jesus chose to reveal his resurrected self to a woman, and in the case of ‘A.D.’ that woman happens to be a black woman, and I think that speaks volumes about our society," he said.

His wife was even more direct in the Twitter conversation with DuBois. "The actors playing James, John, Mary Magadalene & more are simply amazing. This isn’t token diversity. They’re just GOOD," said Downey, best known for her role on "Touched by an Angel."

Banks, who said he was concerned about some of the depictions in the earlier series, said the presence of more people of color reflects the biblical history. His ministry’s online discussion will include questions about the portrayal of Mary Magdalene in “A.D.”

“All of the knowledge that we have of the Middle East says that there were people of color as a part of that whole makeup,” said Banks, whose ministry was one of the first to feature people of color in its Bibles and Christian education materials. “Therefore, to portray Mary Magdalene as African-American would be consistent with the geography of that area, as well as John the apostle of Christ.”

The online discussions will feature the work of a multicultural group of scholars -- including the Rev. Jeremiah Wright, Obama’s former pastor, and United Methodist theologian Thomas C. Oden.

Banks hopes churches will use UMI’s questions and research during Sunday school and midweek Bible studies after watching the episodes. Individuals can also download study guides and commentaries.

One week’s discussion will center on the Ethiopian eunuch, described in the eighth chapter of Acts and featured (as a black man) in the series.

“That brother went up to worship, and he heard from Philip that the messiah was the one promised in the Old Testament,” said Banks. “He not only accepted the Lord himself; he went back to his native country of Ethiopia and he spread the word.”