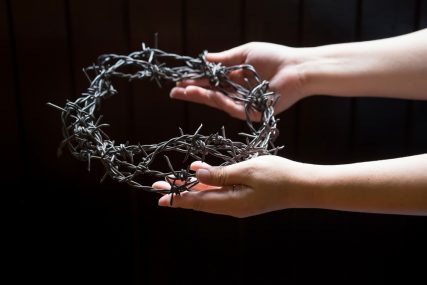 It might be Passover, but this rabbi has been thinking a lot about Easter.

I am thinking about what the entire Good Friday to Easter must have been like, in churches all over the world.

I am wondering about what thoughtful Christians have been saying about the pre-Easter horror in Kenya. This past Thursday, al-Shabaab militants, aligned with al-Qaeda, stormed the campus of Garissa College University. As they went from room to room, they asked students about their religion. The terrorists then posed questions about Islam. They spared the lives of those who answered correctly. The killed those who could not answer, and by the time the mayhem was over, almost 150 students lay dead.

The dead students were all Christian. In fact, the spokesmen of the terrorists boasted: “There are many dead bodies of Christians inside the building. We are also holding many Christians alive.”

This is not the first time that this has happened in Kenya. In 2013, at the Westgate shopping mall in Nairobi, 67 people were killed in cold blood.

Muslims were allowed to go free. The dead were all Christians.

In Libya, in February, ISIS beheaded 21 men on the beach. Their blood freely flowed into the Mediterranean Sea.

The victims were all Coptic Christians.

The Middle East contains proud remnants of the oldest Christian communities in the world. Their churches have been in flames. ISIS has demanded that they convert to Islam, pay extra taxes, or be killed. In Syria, in February, ISIS militants abducted scores of Assyrian Christians.

Just because they are Christian.

In his Easter message, the Archbishop of Canterbury, Justin Welby, hailed those murdered students as “martyrs.” On Good Friday, Pope Francis prayed for those who were killed, along with other persecuted Christians around the world.

He was right. The world is being torn apart by violence and prayer.

Muslims are victims. Many critics take savage delight in promiscuously denigrating Islam. And, yes, Muslims have been murdered because they are Muslims — most recently, three Muslim students in North Carolina.

Jews are victims — recently, murdered in a kosher grocery store in Paris. Jewish institutions have been attacked in France, Denmark, Holland, Belgium. Jews have been wondering whether they even have a future in Europe. In the United States, there has been a 21 percent increase in anti-semitic incidents. A recent study revealed that 54 percent of American Jewish college students have experienced anti-semitism on campus.

And yet, if we were to do a body count, it would be hard to escape this conclusion: The most endangered faith in the world today is Christianity.

Within a few weeks, Jews and others will be marking Yom Ha-Shoah, Holocaust remembrance day. Even as we mark the horror, we lift up the stories of those righteous Christians (and Muslims) who jeopardized their own lives, and the lives of their loved ones, to rescue Jews. We weep that there weren’t enough of them.

Seventy years later, shall Jews imitate and echo the silence of so many in the Christian world — with their own silence?

As the Jewish writer, Julius Lester, once said: “We Jews hold out our suffering to humanity as a long-stemmed rose.”

The honored guest was Father George Greiss, the pastor of St. Abanoub & St. Antonious Coptic Orthodox Church in Bayonne, New Jersey. Father Greiss added his prayers for peace. In the midst of the reign of terror against Coptic Christians in Father Greiss’s native Egypt, Temple Beth Am in Bayonne had invited Father Greiss to Yom Kippur services, so that we could stand with him in solidarity.

I have an odd Easter habit. Days before the holiday, I call a close friend, an Episcopalian priest, and I utter a prayer that I devised just for him: “May Christ arise for you.”

He always responds with his own Passover wish: “May you get out of Egypt, as well.”

That is the joint hope that unites Jews and Christians at this season — an emergence from Egypt; life victorious over death; hope transcending despair.

As Christians despair all over the world, let Jewish hands and hearts reach out to them.