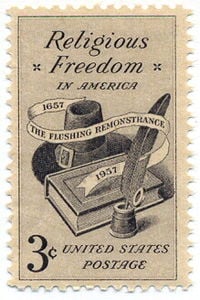 How is libertarianism wrong? Yesterday, at Boston College, we counted the ways.

Co-sponsored by B.C.'s thriving School of Theology and Ministry and the Boisi Center for Religion and American Public Life, the day-long colloquium featured lectures by political philosopher Alan Ryan and Boisi Center director Alan Wolfe, who respectively assailed libertarianism for taking a naïve view of property rights and for manifesting a species of ideological totalitarianism. Various panelists -- Catholic theologians -- demonstrated its opposition to Catholic understandings of the common good.

In the time I was given, I made the case for a new species: spiritual libertarianism.

This is a form of libertarianism that sets as its highest political task not free markets or free speech or (let us say) making the country safe for sex, drugs, and rock ’n’ roll, but the free exercise of religion. This new spiritual libertarianism has, in the past decade, established itself on the American right.

The recent fight over Indiana's Religious Freedom Restoration Act has provoked various expressions of spiritual libertarianism, including a letter from several prominent Catholics and Southern Baptists that declared, "America was founded on the idea that religious liberty matters because religious belief matters in a uniquely life-giving and powerful way."

If our founding documents are to be believed, America -- the United States -- was founded on the idea that people should be able to govern themselves, but never mind. For conservatives anxious to preserve moral norms they see as as threatened, religious liberty has become the trump card of American politics. Check it out.