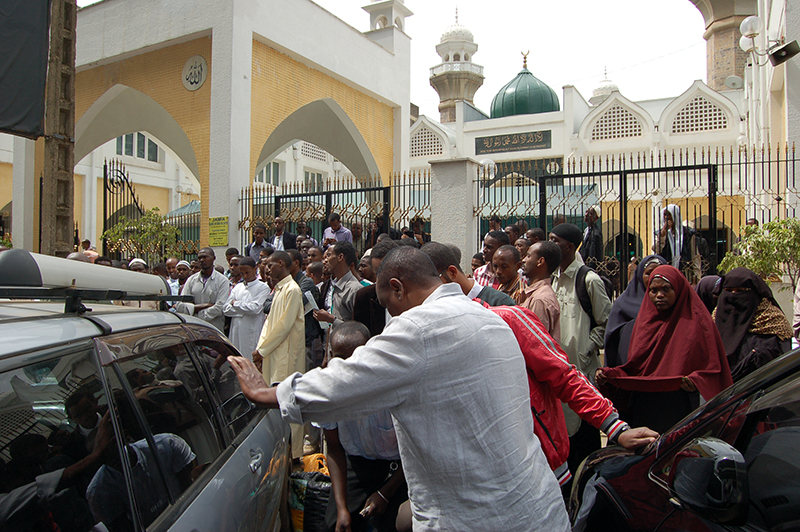 The Jamia Mosque, the seat of the Supreme Council of Kenya Muslims. Religion News Service photo by Fredrick Nzwili

NAIROBI, Kenya (RNS) Religious tensions between Christians and Muslims have flared after the government extended amnesty to youth who denounce the Muslim terrorist group al-Shabab, a step Christian leaders condemned.

On Tuesday (April 14), Interior Cabinet Secretary Joseph Nkaissery said the government was giving a 10-day amnesty to repentant members of the militant group if they surrender and assemble at government offices in Garissa, Mombasa or Nairobi.

Hundreds of Kenyan youth from the predominantly Muslim coastal and northeastern regions and Nairobi are believed to have been recruited by the Somalia-based al-Shabab insurgency. 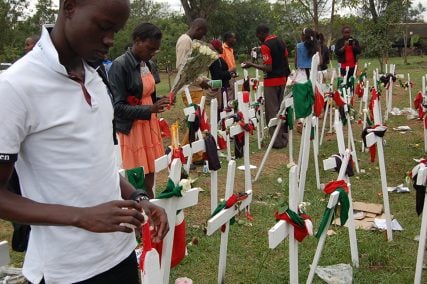 Although Muslim leaders say they, too, are victims of terror attacks, Christian leaders feel that Muslims have not been forthright in addressing terror challenges.

“We have often turned the other cheek, but now the cheeks have run out,” said the Rev. Peter Karanja, general secretary of the National Council of Churches of Kenya. “The government must move with speed to definitely and openly punish the perpetrators of the attacks before Kenyans take the law in their own hands and foment an endless religious war.”

He spoke on Wednesday during a news conference called by church leaders under a loose grouping, Christian Leaders Consultative Forum.

Christian leaders argue that the youths had willingly absorbed messages inciting them to kill Kenyans.

“They took attendants oaths, and they committed crimes in line with radicalization,” said the Rev. Calisto Odede, a Baptist minister. Odede said it would be a mistake to allow Kenyans to accept avowed militants who have not repented their crimes.

“The blanket amnesty does not even require them to denounce and reveal what radicalization entails, or who did it,” said Odede.

Meanwhile, Muslim leaders have welcomed the amnesty and offered to advise the government on the format the amnesty should take as part of Muslim jurisprudence.

While calling for extension of the amnesty to 30 days, the Supreme Council of Kenya Muslims called on Muslim religious leaders to announce the amnesty in mosques on Friday.

“Islam allows open reception free from any harm or denial for any person who surrenders and seeks forgiveness,” Sheikh Adan Wachu, general secretary of the Supreme Council, said at a news conference. “We thank government for granting amnesty to Kenyan youths who joined al-Shabab.”