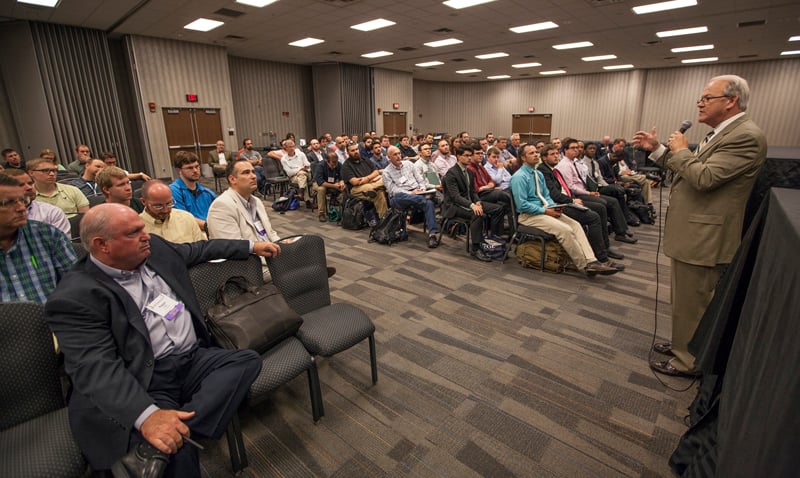 (RNS) The largest Protestant denomination in the United States is meeting this week, but it’s not as large as it was last year, or the year before. Southern Baptists now number just under 15.5 million members, down from a peak of 16.3 million in 2003. And many people in the Southern Baptist Convention sense a corresponding loss of clout and credibility when speaking to the wider culture.

What’s going on? The number of Southern Baptist churches is higher than ever — 46,449 churches are in some way affiliated with the SBC. Meanwhile, church planting continues to pick up steam, and a common concern among established churches is the need to be “revitalized.”

So, why did the SBC’s growth begin to slow in the 1950s, stall in subsequent decades, and then begin to decline several years ago? And what does all this mean for the SBC’s engagement on political and social issues?

From the outside, some may see the SBC’s conservative theological and political views as the culprit. Believing in Jesus as the only way to God or upholding Jesus’ vision for marriage and sexuality are increasingly unpopular. So, the thinking goes, perhaps conservatism is a barrier to reaching new people.

Lots of explanations are floating around, but it’s likely that a variety of factors have led us to this point. Here are a few to consider:

Christian comedian Tim Hawkins has a funny bit on the differences between denominations. When he pokes fun at believers whose churches are unaffiliated, he jests: “Come on! You’re not fooling anyone. You’re just a Baptist church with a cool website!”

Hawkins’ line gets laughs because there’s some truth to that statement. In the past five decades, the number of nondenominational churches has soared. And while I don’t think we should write off traditional denominations as having no future (see my previous article), it’s undeniable that many people who today attend a nondenominational church grew up Southern Baptist.

When it comes to social and political matters, only a handful of nondenominational churches publicly trumpet their views on pressing moral and political issues. And so, as Southern Baptists have scattered out into other denominations, the perception of unity surrounding social issues has become diffused.

2. Southern Baptists are having fewer children.

It’s often said that “demography is destiny,” and if this is true, it should come as no surprise that the SBC’s stagnation and decline largely mirrors the number of children Baptists have. In the past 50 years, most of the SBC’s reported baptisms were performed during the childhood and teenage years. Now that we’re having fewer children, we’re having fewer baptisms, all across the board.

3. There are multiple changes in membership philosophy and church attendance patterns.

Several years ago, Southern Baptists began a conversation on membership and church discipline. After a resolution was passed encouraging pastors to be more accurate in reporting, many churches cleaned up their rolls as a way of moving toward “meaningful membership.”

While some of the decline may simply be a move toward more accurate reporting, the membership issue doesn’t explain the drops in baptisms and  in church attendance. In fact, the highest percentage of decline last year was in weekly worship attendance (down 2.75 percent, to 5,674,469).

There’s no way to prove or disprove this statement. But considering the drop in the SBC’s baptismal numbers, it seems clear that Southern Baptist outreach efforts are diminishing — either in effectiveness or intensity, perhaps both.

Pastors and church leaders warn about a general malaise regarding evangelism, even in many of the most conservative churches. This apathy may stem from theological shifts (in a pluralistic society, many Baptists may doubt, deep down, that faith in Jesus is the only way to escape eternal condemnation) or societal realities (fewer Christians have significant relationships with unbelievers).

An oft-expressed concern is that an overly politicized vision of Christianity has, at times, become a distraction from sharing the simple good news of Jesus Christ. Others worry that the abandonment of political engagement offers a truncated gospel that neglects the cause of justice in the world and hinders the church’s witness.

And finally, the good news.

How are Southern Baptists responding to the news of decline? By praying for revival, planting more churches, refocusing on theological education, seeking to be more evangelistic and helping revitalize declining and dying churches.

In all these efforts, Southern Baptists are also grappling with rapid shifts in societal views of morality and are beginning to recognize that their diminishing clout when speaking to the wider culture is a sign that they are now closer to the margins of society, not the center.

The good news is, Baptists have a long history of being on the margins of society, and it was largely due to Baptists that Thomas Jefferson and the Founding Fathers enshrined our nation’s rights to conscience and free religious exercise. So, to look at the current state of the SBC with hope is not to succumb to a naïve optimism, but to face our challenges head-on, with confidence that God’s kingdom will endure and that, no matter what happens to the SBC, Christ will build his church.

(Trevin Wax is managing editor of the Gospel Project and author of multiple books, including “Clear Winter Nights: A Journey Into Truth, Doubt and What Comes After.”)