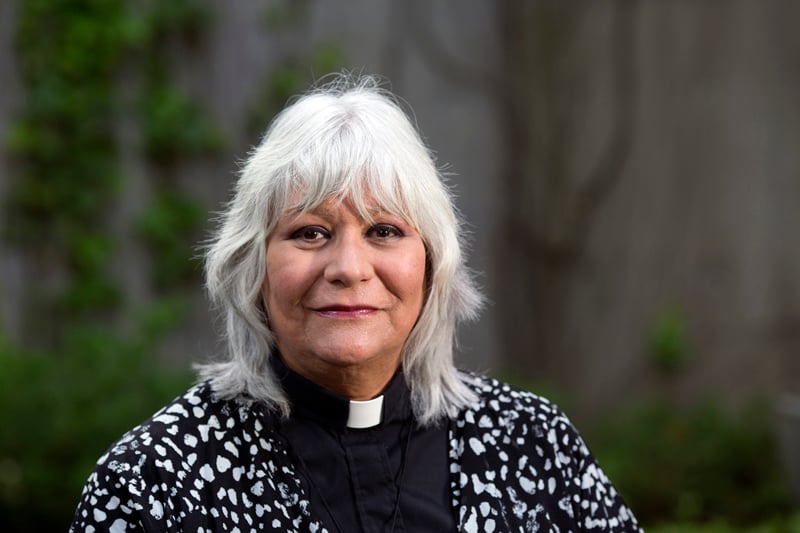 (RNS) Nicole Garcia looks more like a well-heeled church lady than a radical — but her faith journey over the past 55 years reflects a radical shift in mainline Christian denominations’ acceptance of transgender people as leaders in the church.

A self-professed church nerd, Garcia says she was “a good Catholic boy” when she was in her teens. Today, she is a candidate for ordination in the Evangelical Lutheran Church in America. Last year, the ELCA welcomed its first openly transgender clergy member, Megan Rohrer, pastor at Grace Evangelical Lutheran Church in San Francisco. When Garcia is ordained and called to a church, she will be the denomination’s first transgender clergyperson of color.

A lot has changed in U.S. churches since 2009, when United Methodist pastor David Weekley came out to his congregation as transgender. TV shows and movies have told the stories of transgender people, and the extensive news coverage this month (June 2015) surrounding reality TV star and Olympic gold medalist Caitlyn (formerly Bruce) Jenner has done even more to raise public awareness and acceptance.

While some denominations are moving faster than others — the Episcopal Church in 2012 passed resolutions protecting its lay and ordained employees from discrimination on the basis of gender identity, for example — churches do continue to move forward on transgender inclusiveness. 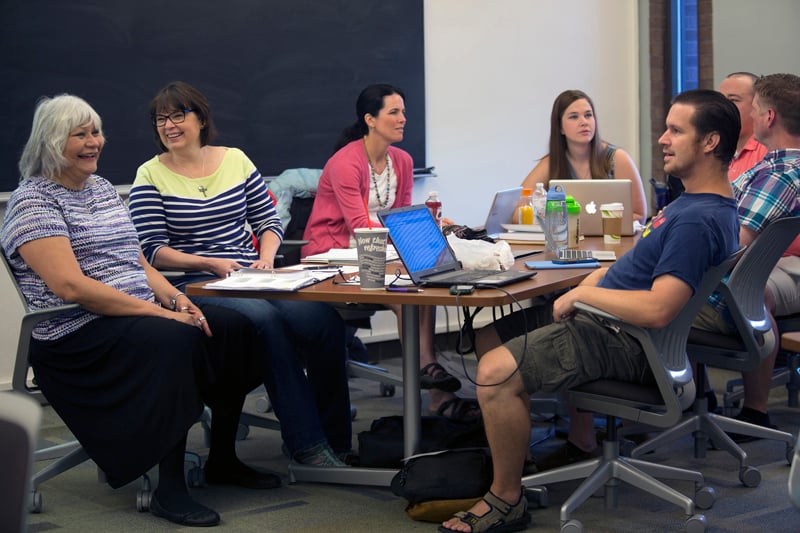 Transgender people bring to ministry “a deep understanding of what it is to live in a world that refuses to let you be who you are,” observed the Rt. Rev. Gregory H. Rickel, Episcopal Bishop of Olympia, Wash.

“Pastorally, they are especially adept at walking people through the valley of exclusion that so many walk, for so many different reasons, as well as helping others look deeply into self. I have now come to know and work in ministry with several transgender priests and I consider them all a blessing to the church,” Rickel said.

But it has not been an easy journey, for Garcia or others.

After years of trying of lose herself in alcohol and then seeking to be “macho” with a career in law enforcement, she connected eventually with the Gender Identity Center of Colorado.

“When I heard the stories of others … I realized I had to transition,” said Garcia, a certified counselor with her own practice in Longmont, Colo.

In 2003, she began her journey to embrace her gender identity, as well as reconnect with her faith. Garcia joined the Lutheran Church, where she became an advocate for LGBT rights. By 2008, she had been appointed transgender representative to the national board of directors of ReconcilingWorks: Lutherans for Full Participation. She is now vice chair of the board.

“Nicole is a wonderful example of the way in which changing attitudes and policies in the church are expanding horizons for ministry,” said the Rev. Ron Roschke, assistant to the bishop of the Rocky Mountain Synod ELCA. “It has been a joy to work with her as she prepares to become an ordained pastor. Nicole brings specific gifts through her background as a counselor. This, combined with her own experience as a transgender woman, provides special assets that continue to enliven Nicole’s ministry.”

Roschke acknowledged that “LGBTQ candidates can encounter unique challenges in finding a call within the church, but as Nicole continues to work toward ordination she will offer the church a gracious and powerful example of the gifts transgender rostered leaders can offer to the world and to the people of God.”

The number of transgender clergy now serving in churches or in the pipeline is difficult to estimate because many trans people choose not to go public out of concern that the revelation will put them at risk for discrimination in housing, employment and other areas.

But the Rev. Louis Mitchell, co-chair of the board of the Trans People of Color Coalition, and a United Church of Christ minister in Springfield, Mass., said that over the past five years, he has seen an increase in the number of trans people enrolled in seminaries.

“Historically people of blended genders have been designated as shamans and healers,” Mitchell said. “In a holistic context, these holy hybrids are designed to be in the center and on the margins in ways that allow the church to be centered while reaching out to the most misunderstood.”

And despite recent advances, transgender people know that they still risk being misunderstood.

During his studies at Union Theological Seminary, one of the most liberal seminaries in the country, the Rev. Shannon T.L. Kearns said he felt he still had to advocate for himself and educate everyone, including his educators, about his transition. “This made my experience exhausting, even as I was mostly supported and encouraged.” Kearns said he is an ordained priest in the Apostolic Catholic Church of America.

As Mitchell stated, “People can wrap their heads more easily around sexual orientation than gender identity.”

The report Injustice at Every Turn: A Report of the National Transgender Discrimination Survey found that while discrimination against transgender individuals was pervasive, “people of color in general fare worse than white participants across the board, with African American transgender respondents faring far worse than all others in most areas examined.”

On a grass-roots level, Garcia said she has experienced a wonderful welcome at Mount Calvary Lutheran in Boulder, Colo., where she serves currently as a seminarian. And two other Colorado churches, St. Paul Lutheran in Denver and Christ the Servant Lutheran in Louisville, have given her funds toward tuition.

Yet Garcia still wonders if a congregation will accept her as a minister just as she is.

“How can I feel comfortable as a Latina with dark skin in a denomination where inevitably at least 90 percent of the congregants in any ELCA church will be white?”

Garcia is very aware that when she graduates, she will have up to $25,000 in student loans. “Even though I have church credentials as a national church leader and a background in counseling, who will hire a 58-year-old Latina trans clergyperson?”

The answer to that question will help determine how radically inclusive mainline churches can be moving forward.