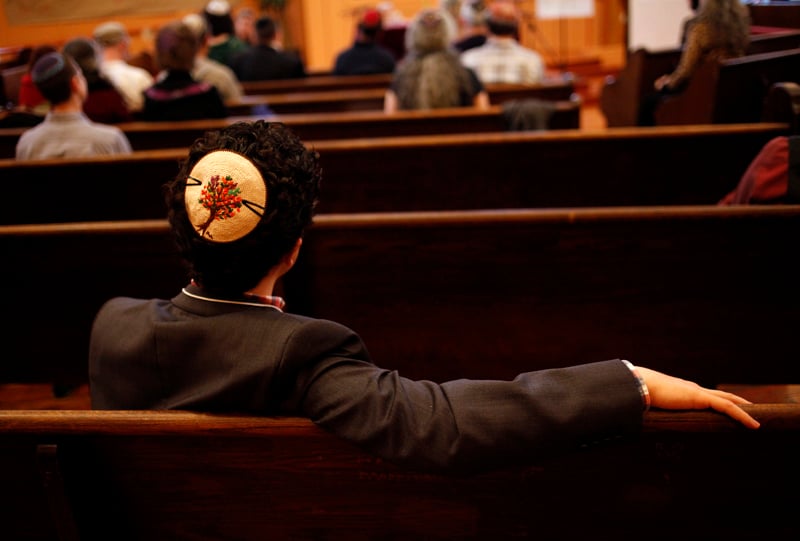 LONDON  (Reuters) The number of recorded anti-Semitic incidents in Britain soared in the first six months of this year compared with 2014, probably due to a surge in reporting among fearful Jews, a report by a Jewish community body said on Thursday (July 30).

There were 473 recorded incidents between January and June this year including two classified as “extreme violence”, said the Community Security Trust, which advises Britain’s estimated 260,000 Jews on security.

That represented a 53 percent rise compared to the same period last year, said the CST which has recorded anti-Semitic incidents since 1984.

Across Europe, Jews have warned of a growing undercurrent of anti-Semitism, fueled by anger at Israeli policy in the Middle East, social tensions over immigration and increasing economic hardship under austerity policies that have helped far-right movements gain popularity.

Those fears were exacerbated in January when an Islamist militant gunman killed four people in a Jewish supermarket in Paris, followed a month later by an attack on Copenhagen’s main synagogue.

In February, the CST said the number of incidents in Britain had risen to a record level in 2014, echoing a worldwide trend found by a study for Tel Aviv University’s Kantor Center for the Study of Contemporary European Jewry.

“The terrorist attacks on European Jews earlier this year, following the high levels of anti-Semitism in 2014, were a difficult and unsettling experience for our Jewish community,” said CST Chief Executive David Delew.

“We welcome the apparent increase in reporting of anti-Semitic incidents but regret the concern and anxiety about anti-Semitism that this reflects.”

The CST put 2014’s record number of incidents down to a reaction to the 50-day conflict in Gaza that ended last August, but said this year’s rise was likely to reflect a willingness to report cases because of heightened concerns.

It said it had received a further 333 reports but deemed these not to be anti-Semitic.

Earlier this year, a group of senior lawmakers said urgent action was needed to address the rise in anti-Semitism, while a survey suggested a quarter of Jews had considered leaving Britain and more than half felt they had no long term future in Europe.

Following the deadly Paris attack, British police stepped up patrols at synagogues and other Jewish venues, and the government has promised it would act against anti-Semitism.

“I know that many Jewish people in this country are concerned about safety in their community, and we are listening,” said Home Secretary (interior minister) Theresa May.