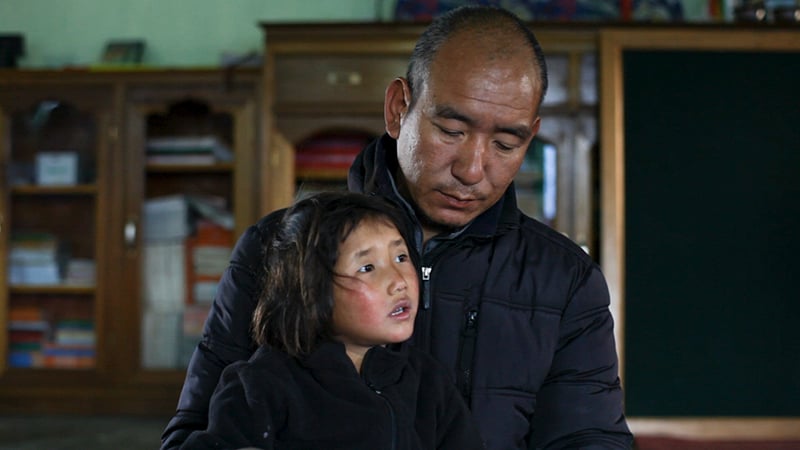 Buddhist monk Phuntsok Lobsang with 5-year-old Tashi in the documentary "Tashi and the Monk," co-directed by Andrew Hinton. Photo courtesy of “Tashi and the Monk”
August 17, 2015
Kimberly Winston 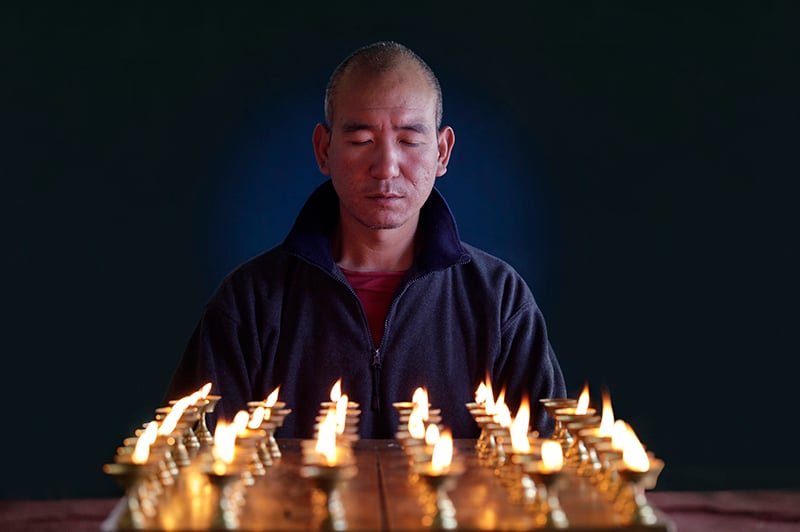 (RNS) Imagine the Dalai Lama hand-picking you to teach Buddhism in Boston.

Then imagine turning your back on that to open an understaffed, underfunded, overburdened school for orphans and other abandoned children in a corner of India so remote it takes three days to get there from the nearest airport.

That’s the story of Lobsang Phuntsok, a 30-something year-old monk who runs a children’s community called Jhamtse Ghatsal -- Tibetan for “garden of love and compassion” -- in the foothills of the Himalayas.

READ: At 80, the Dalai Lama is just getting started

How that story turned out is the subject of “Tashi and the Monk,” a short documentary that airs for about a month on HBO beginning Monday (Aug. 17). In it, Phuntsok and a small staff do the best they can to care for 85 children, some as young as 4, who are orphans or have been given up by families so poor they cannot feed them. He calls them “uninvited guests of the universe.”

It is a label Phuntsok shares. The film shows him visiting the children’s dormitory and telling a bedtime story -- his own.

“Once upon a time, there was a very naughty little boy,” he says, as children shoulder each other to get close to him. His mother was an unwed teen who threw him in a trash heap. He was rescued by grandparents who saw him through a difficult, angry childhood as best they could before sending him to a monastery as a last resort.

It was there, as a Buddhist monk, that his life changed. And while he did spend several years teaching Buddhism in the United States, he has since hung up his monk’s robes to return to this very large brood, to be the father he never had.

The film was made by British filmmaker Andrew Hinton and German filmmaker Johnny Burke. Hinton, who now lives in Brooklyn, N.Y., was in a village near Jhamtse Ghatsal to make a different short film. While he was there, he met Phuntsok and visited the school. He knew he would have to go back.

READ: It’s up to Dalai Lama whether he’ll be reborn, Buddhist leader says

“It was the extraordinary atmosphere of the place,” Hinton said. “From the moment you arrive, you realize there is a different energy in the air. To somehow bottle that and share it with a wider audience I thought was quite compelling.”

Eighteen months and a couple of grants later, Hinton returned with Burke and they made the film in about three weeks, following the children from lessons to prayers, and trailing Phuntsok around the school and on visits to nearby villages. 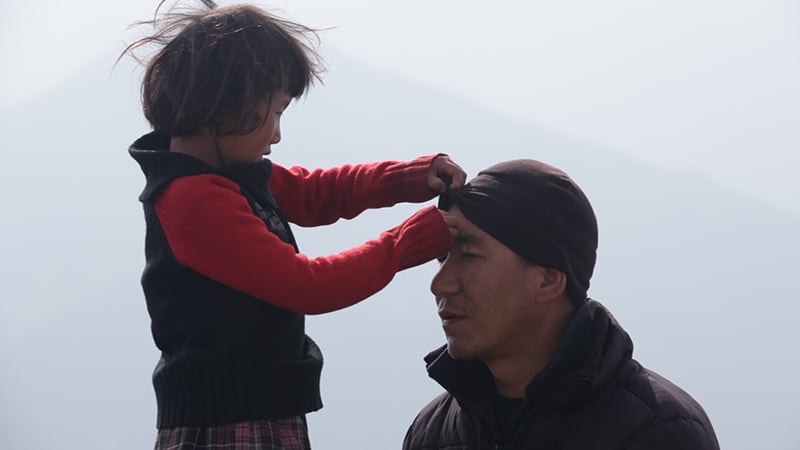 It is there the story takes a dark turn. The villagers are extremely poor -- the only livelihood is breaking roadside rocks. Phuntsok cannot accept every child he is asked to take. One 11-year-old boy rejected because there is no room at the school hangs himself.

Phuntsok visits the child's weeping grandmother. He apologizes for not being able to save the boy. Later, he says that deciding whether a child's situation is dire enough to take in is the hardest thing in his life. Sometimes, he says, he does not make the right decision.

Hinton was also drawn to another story he saw unfolding at the school -- that of a 5-year-old half-wild girl named Tashi who had been found abandoned in a nearby village, eating dirt. Her mother had died and her father, an alcoholic, rejected her. Phuntsok brought her -- the 85th child -- to the school. The film focuses on their relationship.

Central to their story is the idea of loving compassion -- a central tenet of Buddhism. Buddhists are taught all beings are equal, valuable and worthy. “Compassion is the wish for another being to be free from suffering,” the Dalai Lama has said. “Love is wanting them to have happiness.”

Hinton, who is not a Buddhist, said witnessing loving compassion in and around the community of Jhamtse Ghatsal deeply affected him. He and Burke sponsored Tashi. Now they receive notes and drawings from her a couple of times a year.

“The transition we saw there was remarkable, and Tashi has continued to integrate and make friends,” Hinton said. “She’s losing her feral wildness and settling into herself.”