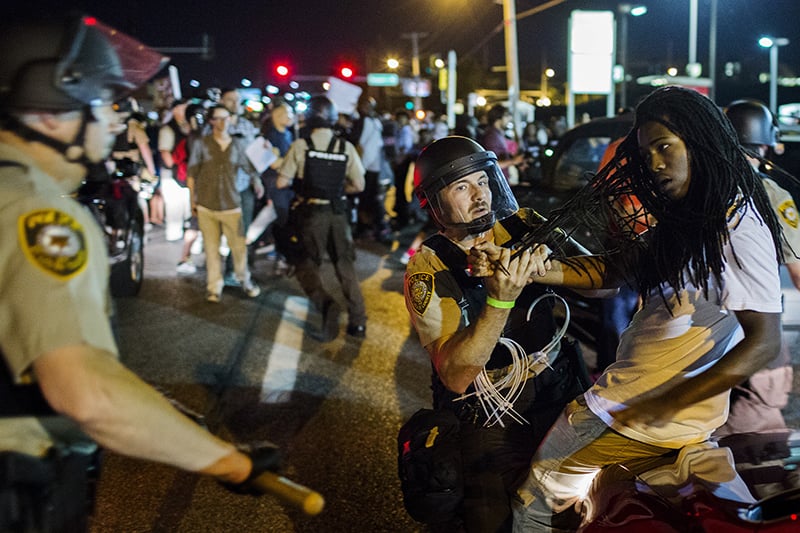 St. Louis County police officers hold an anti-police demonstrator in Ferguson, Mo., on Aug. 10, 2015. Police in riot gear clashed with protesters who had gathered in the streets of Ferguson to mark the anniversary of the police shooting of an unarmed black teen whose death sparked a national outcry over race relations. Photo courtesy of REUTERS/Lucas Jackson
*Editors: This photo may only be republished with RNS-POLICE-RELIGION, originally transmitted on Aug. 20, 2015.

(RNS) A year after the events of Ferguson, Mo., the public is still grappling with questions about race, inequality and use of excessive force by the police. Religious groups differ in how they view the use of force by police, but how they differ is not obvious at first glance.

Sociologists and criminologists who have examined public opinion toward police have found that support for the use of force is driven by one’s stake in the system. The General Social Survey taps support for the police by asking: “Are there any situations you can imagine in which you would approve of a policeman striking an adult male citizen?”

SEE: Video: Faith leaders in Ferguson, a view from within the protests

What about religion? The most supportive are mainline Protestants and Jews. Catholics and those in historically black churches are the least supportive.

But these percentages don’t show the true effect of religion on attitudes toward the police. The high support among Jews shows the impact of the main drivers for support for the police: status, education and race. Whites with higher education, regardless of religion, are the most supportive of police use of force.

We can control for these differences through statistical models that allow us to estimate support for the use of force while adjusting for differences in education and other factors among the different faiths.

The adjusted percentages  show the real effect of religion. Support for the police is highest among those who attend historically white Protestant churches. Controlling for education differences, evangelicals aren’t any different than their mainline Protestant cousins.

Catholics, black Protestants and those of minority religions are the least supportive of the police’s use of force. This may be due to differences in belief, but it may also be because these groups are historically the “out groups” in American society.

Religion is intertwined with social status, and it is status (including race) that drives support for the police. But the story is more than that. Controlling for differences in status, we see that the dominant religious group in American society — white churches — is the most supportive of police using force. 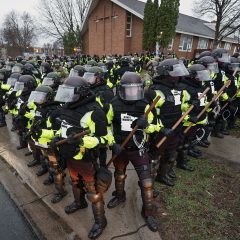 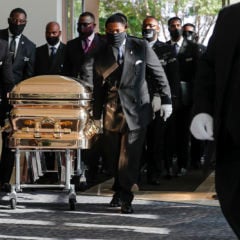 News
In San Diego, Muslims question rollout of city’s ‘smart’ streetlights
Follow us on Facebook!
Submit your photos to RNS