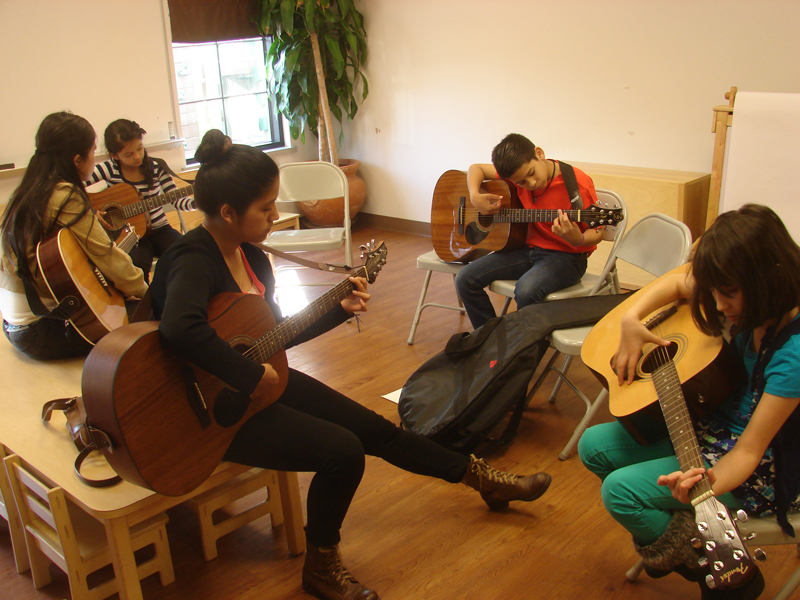 DURHAM, N.C. (RNS) Andrea Hernandez picks out intricate arpeggios as a member of La Banda Revelation, which performs at Iglesia Hispana Emanuel, a Presbyterian church in the city’s Hispanic neighborhood.

On a recent Sunday, the 16-year-old led the 80-member congregation through seven songs, from hip-shaking Latin pop to polka-style Mexican ranchera.

Two 15-year-old girls split the high and low octaves. A 15-year-old drummer and a 14-year-old bassist joined the 52-year-old teacher and keyboardist in providing the rhythmic thump.

Dynamic, charismatic-style worship is a defining feature of Hispanic churches from evangelical to mainline to Catholic, and across the U.S. they are opening their own in-house music schools to train young people to lead them.

Where English-speaking music ministers might earn postsecondary degrees in worship arts or sacred music at more than 50 Christian colleges, Hispanic congregations are following in the footsteps of Pentecostal churches by raising up music and worship ministers from within, even if they can’t fret a guitar string.

“Before I came here, I didn’t really play any music,” said Hernandez, who took advantage of free music lessons after seeing a sign outside the church six years ago.

“One of the realities that one finds in small Latino churches is that you have to home-grow your leadership,” Martinez said. “They’re churches of working-class people. They can’t draw on people who are professionally trained or people who’ve had music lessons since they were 3 years old. That’s a class issue. You’re providing the working-class equivalent of the type of thing that people would want for their kids, which was not available to them before.”

The leader of contemporary Hispanic worship, five-time Latin Grammy Award-winning Christian singer Marcos Witt, founded a network of 80 schools serving more than 5,000 students in 21 countries, including 11 schools across the U.S.

“The Anglos, they take advantage of the school system, and they use that well,” said Misael Garriga, who founded the network two decades ago in Puerto Rico and has since relocated to North Carolina. “A lot of Hispanics, they don’t go to music classes, but they teach them in the church.”

READ: Catholics love their celebrity pope and most — not all — his priorities 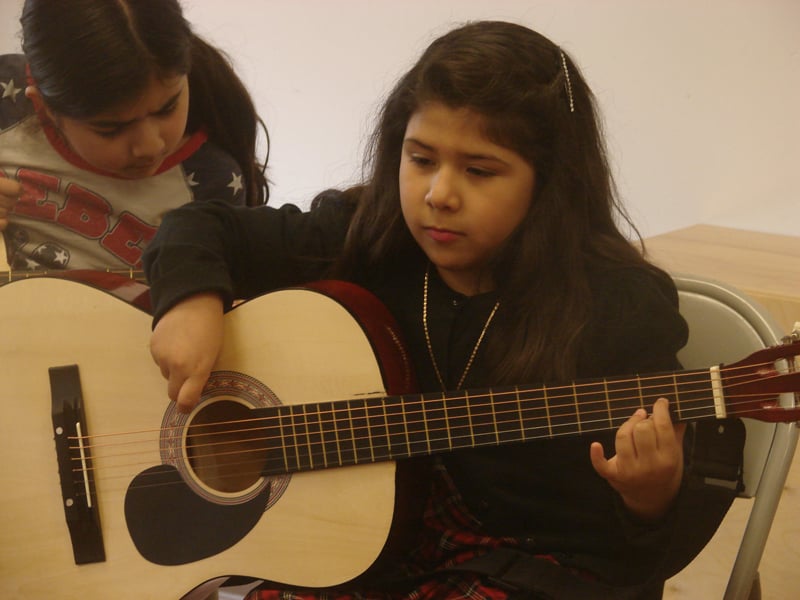 Experts say church-based music schools go beyond mere economics to reflect Pentecostalism’s commitment to nurturing lay leaders, even when a congregation has access to professional or highly trained musicians.

“The slow way and very fruitful way is to raise up your own musicians,” said the Rev. Owen Ross, who founded La Fundición de Cristo or Christ’s Foundry United Methodist Church in Dallas. “It takes time. It takes investment. It’s very risky. Those churches that have the funding available, they just go out and hire their musicians.”

Ross had studied piano for eight years as a kid, played drums in teenage bands and taught himself guitar while serving in the Peace Corps in Ecuador. Wanting the powerful music he’d seen in other Hispanic churches, in 2010 he founded what is now the Worship Academy.

With help from La Fundición’s music minister, interns and former students-turned-instructors, the school has taught more than 300 students, giving them free acoustic guitars or keyboards for learning to play “Amazing Grace” and funneling waves of new musicians into the church’s worship bands.

In its latest iteration, the program is re-establishing its earlier schedule of 45 minutes’ Bible study followed by 45 minutes of music instruction on Sunday afternoons.

Scholars say inviting young people to lead worship is one of the big reasons for the rise of Latin American megachurches in the 1990s.

“Our countries in general have a young population,” said Maria Eugenia Cornou, a Spanish-language specialist with the Calvin Institute of Worship in Grand Rapids, Mich. “Music was very attractive. It created a place for participation in worship that was not available before.”

That pattern repeats on a smaller scale in immigrant churches across the U.S.

“It’s very empowering of the laity,” said Paul Barton, a Latino church historian at Southern Methodist University. “When they can learn to play an instrument, it gives them a sense of self-worth.”

Barton and other experts say charismatic worship captures the Latino spirit of fiesta.

“They’re connecting with people on the affective level,” he said. “They’re replacing solemnity with enthusiasm and joy.”

At the mainline Presbyterian Iglesia Emanuel, hushed worshippers will slowly seat themselves as La Banda Revelatión leads them through the processional with Melissa Quiles’ power ballad “Santo Jesus.”

By the time the service ends nearly two hours later, all the worshippers are on their feet, waving their arms, clapping and shouting to the beat of Witt’s Puerto Rican dance groove “En Los Montes, En Los Valles,” or “In the mountains, in the valleys … put your hands up!”