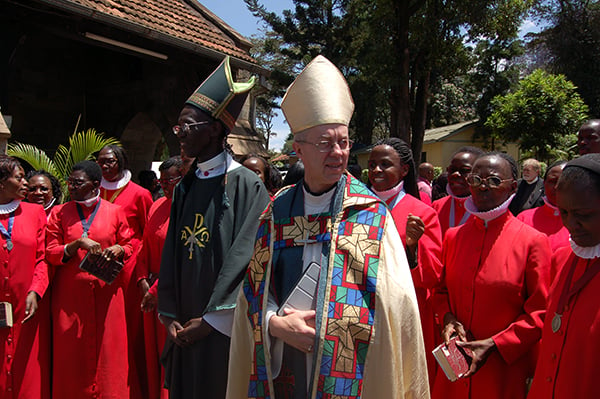 LONDON (Reuters) The Archbishop of Canterbury has called a meeting of leading bishops to discuss loosening the Anglican Church’s global structure due to growing differences over homosexuality and female bishops.

The Anglican Communion, the world’s third largest Christian body with 80 million members, has been split between the more liberal churches of North America and Britain, where women are now allowed to become bishops and same sex couples can marry, and their more conservative counterparts in Africa.

In 2013, senior African Anglican leaders denounced the Church of England’s decision to allow celibate gay bishops, warning this would only widen divisions within the worldwide Anglican Communion.

Justin Welby, the Archbishop of Canterbury who is spiritual leader of the Anglican Church, will propose to the 38 national church heads that communion be reorganized as a group of churches all formally linked to Canterbury but no longer necessarily to each other.

READ: Q&A with David Oyelowo: ‘For me, Jesus is my denomination’

In a more decentralized Anglican church, different congregations around the world would be able to hold different views without any common Anglican doctrine.

The meeting, set for January 2016, will address issues such as religiously-motivated violence, the protection of children and vulnerable adults, the environment and human sexuality.

“The difference between our societies and cultures, as well as the speed of cultural change in much of the global north, tempts us to divide as Christians,” Welby said on Wednesday (Sept. 16).

“A 21st-century Anglican family must have space for deep disagreement, and even mutual criticism,” he added in a statement. “We each live in a different context.”

Welby’s move represents a change of strategy from that of his predecessor Rowan Williams, who was committed to getting liberals and conservatives to work together globally.

In January of this year the Church of England consecrated its first woman bishop, and women already serve as bishops in the United States, Canada, Australia and New Zealand.

However Anglican churches in many developing countries, particularly in Africa, do not ordain women as priests and they have called for homosexuality to be re-criminalized.