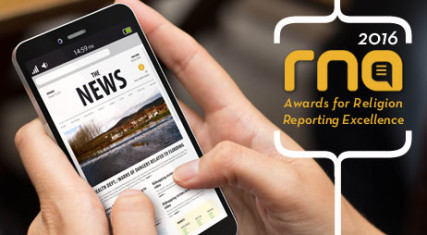 STUDENTS:
- Student religion reporting (Chandler Award — contest opens in spring 2016, with a deadline of May 2, 2016)

How to submit entries: Enter at www.RNA.org/contests

ABOUT RNA
Religion Newswriters is the world’s only journalism association for people who write about religion in the news media. We offer training and tools to help journalists cover religion with balance, accuracy and insight. Visit RNA.org to learn more about story ideas, our religion stylebook and primer, the RNA Annual Conference and more.