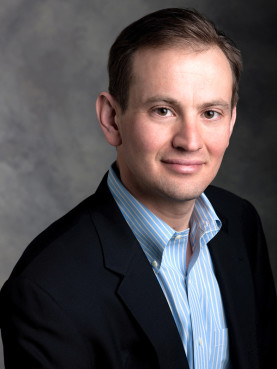 Rabbi Evan Moffic, author of “What Every Christian Needs to Know About the Jewishness of Jesus.” Photo courtesy of Abingdon Press

(RNS) Imagine a test on world religions that asks this question:

So writes Rabbi Evan Moffic, author of “What Every Christian Needs to Know About the Jewishness of Jesus.”

Jesus lived, died and was resurrected as a Jew. His beliefs and practices, including his love of God and neighbor, were informed by his Jewish context.

Eventually, those teachings, and writings about Jesus’ life, death, and resurrection, developed into Christianity. But many scholars do not believe Jesus saw his vocation as introducing a new religion. 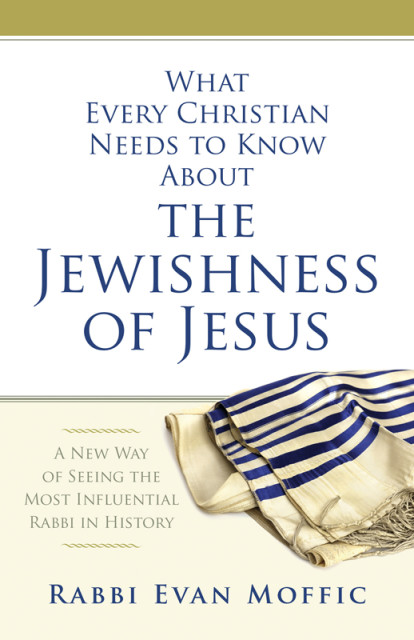 “What Every Christian Needs to Know About the Jewishness of Jesus.” Book cover photo courtesy of Abingdon Press

A Reform rabbi at Congregation Solel in Highland Park, Ill., Moffic thinks the study of the common roots of Judaism and Christianity can serve as a bridge between two faiths that have often misunderstood each other.

Moffic wants both Jews and Christians to see Jesus in a fresh way.

For too long, he writes, Christians have looked at Jesus simply as “a ticket to heaven,” and Jews have associated him with anti-Semitism.

He wants Christians and Jews to see Jesus as part of a living tradition less focused on theology and more concerned with living rightly in this world.

Moffic gives the example of Jesus’ famous “Our Father” prayer, which he says fits very well within the context of first-century Jewish life. The prayer isn’t so much a theological reflection as it is a call to action, he says.

When Jews prayed, at Jesus’ suggestion, for God’s will to be done, they were really confessing a partnership with God and his laws. They understood that “God’s will is done on earth through obedience to Torah.”

But of course, Jewish interpretations of Jesus, he writes, are “bound to rub up against Christian convictions about Jesus.” Especially when it comes to the Resurrection.

But as Moffic points out, the Christian belief in the Resurrection doesn’t need to isolate Jews from Christians. Some of Jesus’ early Jewish followers may have viewed the announcement that Jesus was raised from the dead as the beginning of the restoration of the Jewish people.

So if the earliest followers of Jesus were Jewish, at which point did Christianity emerge as something distinct from Judaism?

One thing is clear: As the ranks of gentile Jesus followers began to swell, so did tensions with the original Jewish followers who understood Jesus differently.

The rest, as they say, is, tragically, history. From the Crusades to the pogroms, Jews were often persecuted and killed for their refusal to submit to Christian claims.

But virtually no New Testament scholar today will deny Jesus’ Jewishness. Beginning in the late 19th century, there was a push in Christian scholarship to contextualize Jesus within first-century Palestine.

This scholarship took off after the Holocaust, as more theologians explored the anti-Semitism that fueled the rise of the Third Reich.

So Christians need to study Judaism — but what about Jews? Should they study Christianity?

Levine thinks so. “If we Jews want non-Jews to respect us, which means knowing more about us than something about ‘Fiddler on the Roof,’ then I think we should show that same respect to our Christian neighbors. That means learning what they believe, and how those beliefs are manifested in practice.”

It may be easier for Christians to study Judaism than it is for Jews to study Christianity because the Christian Bible includes the Hebrew Bible, though the books do not appear in the same order.

For Jews, the New Testament is difficult to tackle if only because the name suggests it is an improvement over the old.

“We do not sacrifice the particulars of our traditions on the altar of interfaith sensitivity,” said Levine. “We Jews and Christians are not going to agree on everything until the messiah comes. Or, if you prefer, comes back.”

One such pioneering Jewish voice belonged to Rabbi Maurice Eisendrath, who, in 1963, encouraged the biennial convention of the Reform movement to update its views on Jesus. Despite the fact that Jews cannot accept him as Messiah, he argued, “there is room for improved understanding and openness to change in interpreting Jesus as a positive and prophetic spirit in the stream of the Jewish tradition.”

Like a lot of scholarship, this stayed for the most part confined to the halls of academia, and never really took off in lay Jewish communities, which remained sometimes vehemently opposed.

Moffic wants to change that.

“As people of faith,” he writes, “our challenge is to try not to undermine one another. It is not to prove our faith superior to every other. It is living and teaching our message of life and hope in a world filled with violence and indifference.”

Moffic thinks Rabbi Jesus can show Jews and Christians alike a way to do that.