WASHINGTON (RNS) Growing up on the Upper West Side of Manhattan during the ’90s, I was something of a weirdo for believing in God. The majority of my peers rejected religion as a stubborn strain of insanity, but I — the product of an evangelically raised father and a long line of Christianish mystics on my mother’s side — never wavered in my faith. I didn’t accept the typical Sunday school conception of God as a humanlike, vaguely male, invisible conferrer of love or judgment.

But I knew God existed, because when I went to bed anxious or upset, I asked for peace and received it. I knew God existed because I had heard the 2nd movement of Beethoven’s 7th Symphony and there felt divine compassion for all human pain. Perhaps more powerful than anything, I had seen God in nature. 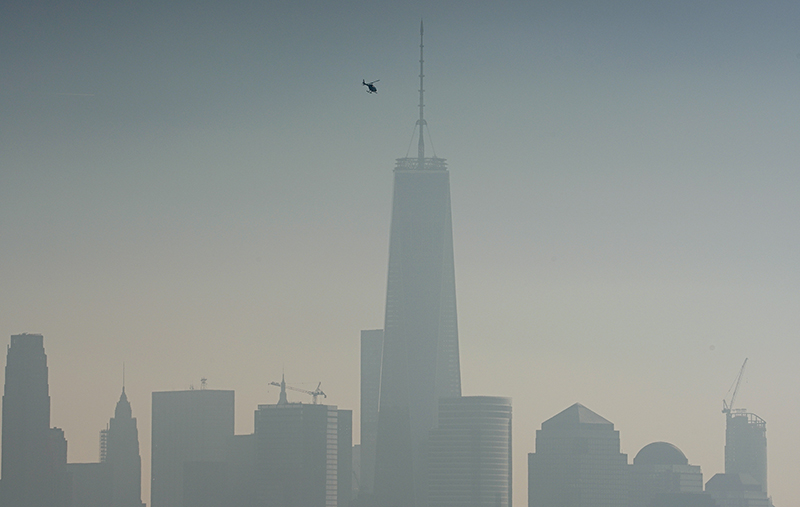 A helicopter flies over the Hudson River with One World Trade Center and Lower Manhattan in the background, on a hazy day in New York City, on Dec. 6, 2015. Photo courtesy of REUTERS/Rickey Rogers
*Editors: This photo may only be republished with RNS-POHLMANN-OPED, originally transmitted on March 11, 2016.

Even though I lived in a city of concrete and steel, an intense love for nature permeated my heart and my imagination. I wrote poem after poem on the beauty of the stars and the snow; I can remember sitting in my school courtyard as a light, gray drizzle fell around me, finding a way to describe it in sublime terms.

I was in love with the seasons: those first crisp September days, a clear, satisfying cold at Thanksgiving, snowy winters. The way spring would burst open from the earth around Easter, unfolding with increasing brightness into May and June, and then the hot, lush summer months. These seasonal rhythms were reliable even when other things were not. They were an assurance that God — full of beauty, peace and catharsis — was here with us.

But I also had a nagging feeling that everything was not all right. There were disturbing reports: The rain forest was burning, the rivers were polluted, the planet was warming. Then, my freshman year of college I saw the documentary An Inconvenient Truth, and my tenuous sense of security was devastated — humans were actually changing the climate, and the Earth as I knew and loved it was already slipping away.

The facts were in the science, and the signs were in the world around me. I started to notice that my cherished seasons were unraveling. That crisp fall air was mostly muggy and warm. Winter was becoming warmer and foggier. The summers were hotter. Yet no one seemed to care. It seemed like large segments of the population were more than happy to believe the lies that it wasn’t happening. Worst of all, my assurance that God was with me — with us — had been shattered. How could God allow this to happen?

I graduated from college in 2010, a year and a half into the recession, and moved back to New York City. I went to church, worried about my love life, went out for drinks — but I couldn’t truly live like everything was OK. The specter of climate change stalked my spirit. During the day I gave my best self to a very nice toy company, but at night I was consumed by nightmares in which I looked into the future and saw nothing but scorched earth. I couldn’t imagine someday bringing a child into this. I couldn’t imagine seeing God again through my grief.

But I didn’t stop looking. Eventually, in the midst of my nightmares, I realized that I was being spoken to. There was an urgent voice cutting through the fear: You need to do something about this. You can’t give the best fruits of your day to a very nice company. You have to give them to fighting climate change. So I did. I quit my job. I went to my pastor and talked about how I could begin a climate ministry at our church, because the voice had been specific: It told me to fight climate change with my faith.

RELATED STORY: Ted Cruz, you might want to listen to evangelicals on climate change (COMMENTARY)

That summer, with the help of my pastors and community, I arranged a “Green Sunday,” and preached from Luke 12:13-21. In the Scripture, Jesus rebukes a man for asking him how to divide his inheritance with his brother, saying, “Life does not consist in the abundance of possessions.” He tells the parable of a rich fool who thinks he is well in his soul because of his great wealth, when in reality, true life only comes through being “rich toward God.” I spoke about the abundance of creation now imperiled by greed, but still realizable if we choose to share it with all God has created and loves. I paused several times to cry: Years of grief over the tragedy and injustice of climate change were pouring out of me. 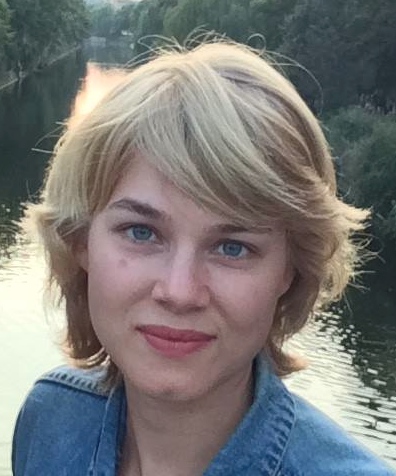 But as I spoke, I felt an overwhelming presence of compassion and love within me, not unlike what I had heard in Beethoven’s 7th and seen in nature as a child — I knew that the Holy Spirit was there with me. After the service, a longtime congregant approached me and said, “The crying was very effective, but you know you can only do that once or twice.” Point taken!

In the Gospel of Matthew an angel tells the pregnant, terrified Mary that through her, Emmanuel — which means “God is with us” — is coming to Earth. When I was younger, God’s presence in nature was affirmation of this. When it dawned on me that creation itself was actually being destroyed, my faith faltered.

Now, I realize that God is revealed to us not only through creation, but even more so through the suffering we feel on account of our love for it. I feel the Holy Spirit within me when I advocate for climate justice, and 10 times more strongly when I see the millions of others doing the same. I see Christ in the faces of those putting themselves on the line to preserve this planet for our children, and I know that God has not abandoned us, but is very much with us.

(Rosina Pohlmann, 27, is a Master of Divinity student at Wesley Theological Seminary in Washington and works with the grass-roots movement Fossil Free UMC to divest the United Methodist Church’s investment portfolio of fossil fuels.)

This is the first in a series of occasional essays on how young Americans experience religion and spirituality. Unsolicited submissions are welcome: [email protected]