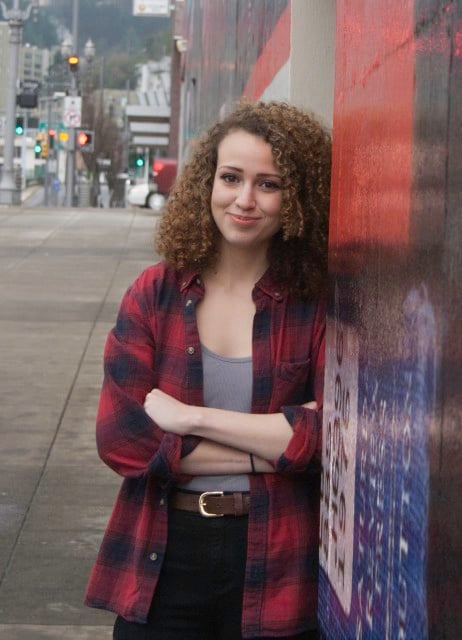 Yesterday, KUTV ran a story about Alex Cooper, the young woman I interviewed recently who was subjected to months of “conversion therapy” in southern Utah in an attempt to change her sexual orientation.

It was great to see Alex on screen, confidently talking about her experiences before the camera and to a live audience.

But what was also great was this unexpected tidbit at the end of the story:

2News asked the church about its stance on conversion therapy.

“We hope those who experience the complex realities of same-sex attraction find compassion and understanding from family members, professional counselors and church members.”

The Church Public Affairs department confirmed the two-sentence statement to me this afternoon.

Well, hallelujah. This is quite a turnaround from what we’ve seen in the past, even the recent past, in Mormon culture. Recall that just a few months ago, a student ward at BYU-Idaho was planning to hold a sort of fireside to encourage members who were “confused about same-gender attraction” to overcome it through “an evening of discussion with a professional counselor who has helped many overcome same-gender attraction.”

Obviously there’s a huge difference between a public lecture like that and the kind of physical and emotional abuse that Alex Cooper was subjected to, in which she was essentially held captive; you can read about her experiences in her new memoir, Saving Alex.

But people were right to cry foul about the BYU-I church event. Because of the uproar, the lecture was canceled.

Let’s hope this planned church event is the last of its kind, and that we are waking up to what psychologists have known for some time: that any course of action that seeks to change something as fundamental as sexual orientation is damaging. As the American Psychological Association put it in 2009 after studying the results of psychologists’ past efforts, “mental health professionals should avoid telling clients that they can change their sexual orientation through therapy or other treatments.” The APA report went on to say that:

It may have taken a dramatic case like the abuse that Alex Cooper suffered to bring this issue to the Church’s attention, but the reality is that it’s not just reparative therapy programs utilizing “abusive practices” that need to go; it’s all of them.

Today I caught up with Joanna Brooks, Alex’s co-author and an advocate for LGBT persons within and outside of the LDS Church. I’ll close with her eloquent response:

I am so grateful that the Church has spoken out to definitively reject conversion therapy.  I hope it will bring relief to LGBT+ people and their families and put an end to conversion therapy in our communities.  Many generations of gay LDS people have been subjected to cruel, harmful physical, emotional, and religious “treatments” that purported to “change” them from gay to straight and bring them closer to God. Some have undergone extreme “treatments” including electroshock therapy at Church-owned Brigham Young University.  Others have been told by their local Church leaders that extreme self-deprivation, prayer, and scripture study would “fix” them.  Generations of gay LDS people deserve our apology.

But it is not enough to reject abusive “conversion therapy.”  We must also reject any suggestion that LGBT+ people are not created in the image of God as an expression of the beauty and diversity of God’s creation.  As long as Mormons believe that being gay disqualifies anyone from enjoying all the blessings God has to offer, the foundational, harmful logic of “conversion therapy” remains at work amongst us.