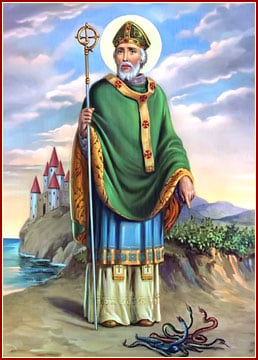 For Catholics, Episcopalians and some Lutherans, March 17 is the Feast Day of St. Patrick. For the rest of us, it's St. Patrick’s Day -- a midweek excuse to party until we're green in the face. But who was Patrick? Did he really drive the snakes out of Ireland or use the shamrock to explain the Trinity? Why should this fifth-century priest be remembered on this day?

QUIZ: Do you have shamrock superpowers? 7 questions to test your St. Paddy’s know-how

Q: Was St. Patrick a real guy, and would he approve of green beer?

A: Yes, Patrick was a real person, but not much is known of his life. He was born in the late 300s when the Roman Empire extended to England, so he was not “really” Irish -- like the vast majority of people who celebrate his day. In his "Confessio," one of only two surviving documents attributed to him, Patrick wrote that while his father was a Christian deacon, he was not devout. At age 16, Patrick was captured by Irish marauders, carried across the Irish Sea and enslaved. Patrick spent six years alone in the wilderness tending his master’s sheep, praying constantly. "It was among foreigners that it was seen how little I was," he wrote. He began to have visions and hear voices that told him: "Look, your ship is ready." So Patrick left his first flock and walked 200 miles to the coast. It's a pretty safe bet he would have loved a beer, green or otherwise, as he stepped into a boat bound for England.

Q: If Patrick was really British, how did he become so closely associated with the Irish?

A: Back in England, Patrick had a dream in which he heard the voice of the Irish he left behind say, “We beg you to come and walk among us once more.” Patrick took this as a sign and set out for a monastery in Gaul -- that's France today -- where he began his religious education. He became a priest, a deacon and finally a bishop and returned to Ireland by his mid-40s. He created convents, monasteries and bishoprics all over Ireland, confronted tyrannical kings and converted hundreds of thousands of people. He was so popular that when he died on March 17 the late 400's - scholars aren't sure exactly when - his followers waged a war for custody of his body.

Q: But what about the snakes? And the shamrock? And he wrote the prayer "St. Patrick's Breastplate," right? RIGHT? You're killing my buzz! 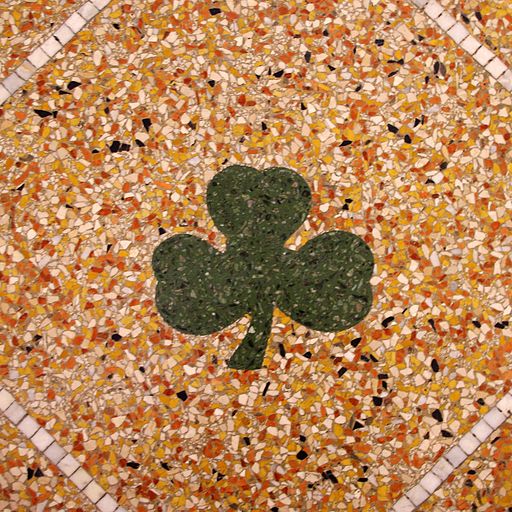 A shamrock in the floor of the Historic Church of St. Patrick in Toledo, Ohio.

A: No to all of the above. Patrick did not chase the snakes out of Ireland. As an island, Ireland never had snakes. But the story is probably a metaphor for Patrick's driving out Druids and other forms of Irish paganism. And there's no way of knowing whether Patrick picked up a three-leafed shamrock and used it to explain the Christian doctrine of God as Father, Son and Holy Spirit. But it's a nice story. And as for the prayer, it probably dates to the seventh or eighth century. And here's a fun fact: Patrick was sainted by a local bishop shortly after his death, not by the official saint-making mechanism of the Catholic Church, which was not yet in place. So no miracles were required for his sainthood. He was kind of grandfathered in.

Q: If he didn't do any of those things, what did he do that would make him worthy of getting a whole day dedicated to him (plus a bunch of parades and a whole lot of green beer)?

A: Short answer: Patrick was a maverick, an iconoclast, a trailblazer. And though he was high born, he never forgot the naked shepherd boy, cold and hungry and huddling on an Irish hillside. "The imagined Patrick to me is interesting as a cultural phenomenon, but not as a breathing man of faith," said Philip Freeman, author of "St. Patrick of Ireland." "He suffered terribly, was tormented by self-doubt, yet he always pressed forward to spread the Gospel." He was also the first church father to speak out against the abuse of women, especially slaves. And at a time when Christian biggies like the Apostle Paul and St. Augustine never left the boundaries of the Roman Empire, Patrick was the first missionary to people considered barbarians. In the words of Thomas Cahill, "The step he took was in its way as bold as Columbus', and a thousand times more humane."

Now that you've been schooled, see how much you've learned with our St. Pat's quiz: Do you have shamrock superpowers? 7 questions to test your St. Paddy’s know-how