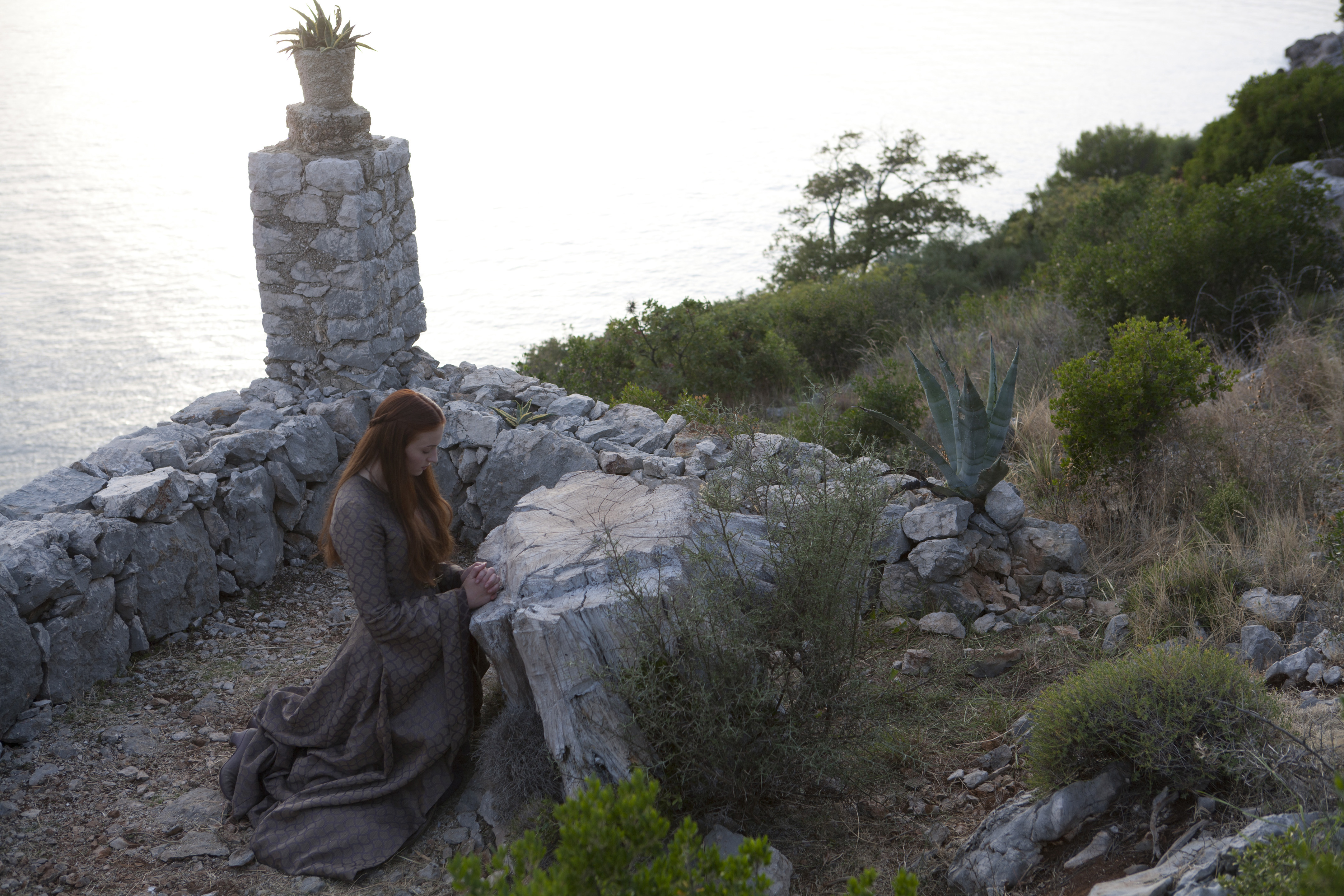 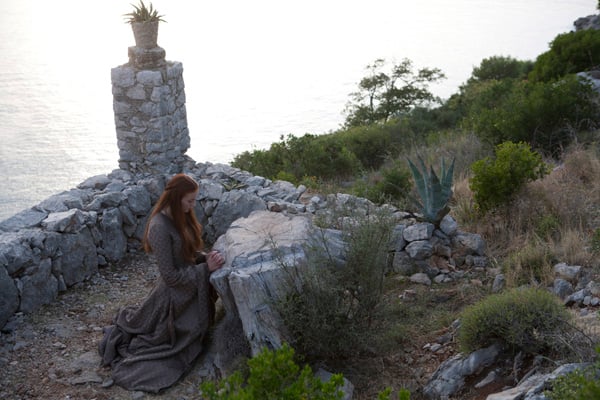 A scene from Game of Thrones episode 24 with actress Sophie Turner. Photo by Keith Bernstein/courtesy HBO

(RNS) “Game of Thrones,” the engrossing, sometimes disturbing, always exciting TV series returns for a sixth season Sunday night on HBO. The network is not releasing screeners, so it's anybody’s guess what’s going to happen. But one thing you can bet on -- the television show, like the books by George R.R. Martin they are based on, involve storylines with religious elements. Considering where some of those stories left off, religion may come further to the fore in the new season. Here’s a primer on a few of the religions of Westeros, the imagined, medieval-inflected world of “Game of Thrones.”

The Faith of the Seven

This religion is gaining ground at King’s Landing, where, at last season’s end, former Queen Cersei Lannister (the threatening Lena Headey) was made to walk naked as a jaybird through the city to repent for her considerable sins. Its symbol is the seven-pointed star, one for each aspect of the divine -- Mother, Father, Warrior, Maiden, Smith, Crone and Stranger. Its clergy are men, led now by “High Sparrow,” the simple but fanatic monk played by the always wonderful Jonathan Pryce. His star is rising in King’s Landing as Cersei’s falls, though season five ended with her seeming conversion.

Daenerys Targaryen (the luminous Emilia Clarke) ended last season back among the nomadic Dothraki grasslands tribe of her late husband. The Dothraki have some interesting religious beliefs, many enacted in gory detail in season one (like, pregnant women must eat a beating horse’s heart to ensure a male baby. Yum.). They worship “The Great Stallion,” believe the Sun and the Moon are also gods, and await a messiah called “The Stallion Who Mounts the World.” They also do some terrible things to widowed queens, so look for this religion to play a bigger part as the season unfurls.

When we last saw Arya (Maisie Williams), she was back in the House of the Many-Faced God. The Many-Faced God and his fans are fixated on death. Their temple is decorated with every known Westeros faith's image of the Grim Reaper, and priests and initiates bring death, sometimes as a mercy, sometimes as a punishment. The religion has a weird sense of balance (first clue -- its black-and-white decor theme), so as life is taken away, it is also given. The religion's insistence that people are faceless highlights its belief that there is only one thing before which we are all equal -- death.

R'hllor, The Lord of Light

Season five's shocking ending was the death of Jon Snow (Kit Harrington). The off-season buzz around the show has included a lot of rumors where somehow, some way, he is resurrected. If he is, it may be through the doings of Melisandre (Carise van Houten), a high priestess and sorceress who follows R'hllor, the "Lord of Light." This is a demanding god; he likes to see children burnt at the stake. So why would he resurrect Jon Snow? Who knows? But season five left Melisandre near Jon Snow at the time of his murder, looking for a way to redeem herself and her powers -- which include creating life (Who can forget the thing she gave "birth" to in season two?).

Whatever happens in terms of religion in season six of "Game of Thrones" remember this: "Winter is coming."