(RNS) While Germany’s politicians are loudly debating whether Islam is compatible with democracy, five of its state universities are quietly developing pioneering new Islamic theology faculties to try to ensure that it is.

The five universities — in Muenster, Osnabrueck, Frankfurt, Tubingen and Erlangen-Nuremberg — recently passed their first official evaluations by Muslim and Christian experts and were granted 20 million euros (or $22 million) to continue for another five years.

The programs now have a total of over 1,800 students and plan to grow. The largest program, in Muenster, has 700 students in its three-year bachelor’s program and received more than double that number of applicants this academic year alone.

Their example has been such a success that Berlin decided to introduce Islamic theology at one of its universities, even though it will not get federal funds for it.

The party will hold a convention April 29-30 to agree on its new platform. Its deputy leader, Beatrix von Storch, said Islam violates Germany’s democratic constitution and its public symbols such as minarets, muezzins (people who call Muslims to prayer) and full-face veils should be banned.

Johanna Wanka, Germany’s federal minister for education and research, struck a different tone in January when she approved the renewed funding for the five theology centers.

“With these centers, the Muslim faith has found a home in Germany’s academic and theological debates,” she said. “This is an important contribution to interreligious dialogue.”

German state schools have religious education classes that students attend according to their beliefs. Instruction in the majority Protestant and Catholic faiths are available countrywide and a few areas also offer Jewish education.

With the growing number of Muslims in Germany, four states have introduced regular Islamic education for their Muslim public school students. The courses need university-trained teachers, so some universities had to start offering academic programs in Islam.

The faculties teach standard courses on the Quran, Islamic law and classic Muslim philosophy, as well as Arabic and pedagogy.

Marrying traditional Islamic learning with German academic standards has not been easy.

Muslim associations like DITIB, the local arm of Turkey’s Religious Affairs Department that runs mosques and employs imams around Germany, have a say in hiring professors. They have rejected or opposed some candidates they thought were too liberal.

But the universities insisted Islam had to be subject to the same critical approach as any other subject and academics must be able to do research and publish freely.

Conservative guardians of Muslim tradition have some reason to be wary.

German theologians developed the historical-critical method of biblical scholarship in the 18th and 19th centuries, an approach most Islamic scholars have resisted because they view such analytical methods as undermining the faith.

If Islamic theology faculties followed this example, some conservatives worried, they could become hotbeds of heresy spreading a reformist Islam unfit to teach to young Muslims. 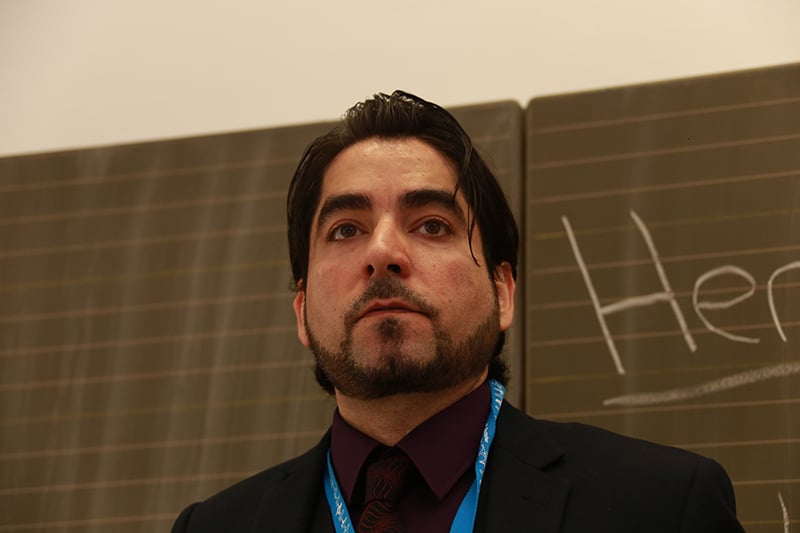 In Muenster, Muslim groups led a bitter campaign against the faculty’s director Mouhanad Khorchide, who received several death threats and was given police protection. But the university stood by him and the criticism eventually ebbed.

The Lebanese-born son of Palestinian refugees, Khorchide, 44, has irritated conservative Muslims with popular books such as “Islam Is Mercy” and “God Believes in People,” and appearances on German talk shows where he is treated like the new spokesman for Islam.

He speaks out clearly against the ultra-conservative Salafi Muslims, who have a tiny but growing following among young German Muslims, and call for Shariah to be the law of the land.

“It is not the job of religions, including Islam, to pass laws,” Khorchide said. “The real concern of Islam is that people perfect themselves, both as individuals and as a society, in order to reach the community of God.”

In nearby Osnabrueck, Bulent Ucar said the faculty he heads taught neither an outdated faith nor a kind of “Islam Light” to its 300 students.

“We try to match tradition to today’s situations. But we can only change the understanding of Islam if we are accepted by Muslims in their congregations,” said the 49-year-old ethnic Turk born in Germany.

His faculty has widened its horizons by launching projects such as one with the Catholic theology and sociology faculties to study social work among immigrants. It has also joined with a Protestant college and a rabbinical seminary to coordinate curricula for their students.

Like several other Islam professors, Ucar has become a regular commentator in the media on Muslim issues. In a recent interview, he compared the Alternative for Germany party with the ultra-orthodox Salafis. “Both assume that Islam is not made for democracy,” he said.

Frankfurt faculty head Bekim Agai, 42, was born in Essen to a German mother and Macedonian father. He says his faculty wants to develop an “Islam for Germany” that “makes traditions useful for their context.”

One of its leading professors, Omer Ozsoy, came from Ankara University’s theology faculty in Turkey, known in the Muslim world for its modern interpretation of the Quran.

Harry Harun Behr, a German convert from Catholicism to Islam who teaches religious education, says the faculties have “brought about an anthropological shift in Islamic theology … with less traditionalism and more attention to the situations in which Muslims live.”

“Islam in Europe will have its own stamp on it,” he said. “This is very attractive for Islamic theologians from many different countries. They can do their research here without political pressure.”

The rapid expansion of the five faculties reflects their popularity among German Muslim students, many of whom will go on to become teachers of Islam, hospital chaplains and social workers among the growing minority.

Not all of them are ready for the traditional rigor of German academia, though.

“They want to have their faith confirmed, but a university is a place to think about one’s faith,” Khorchide said. He thinks it will take one or two generations of students before most approach Islam as an intellectual subject.