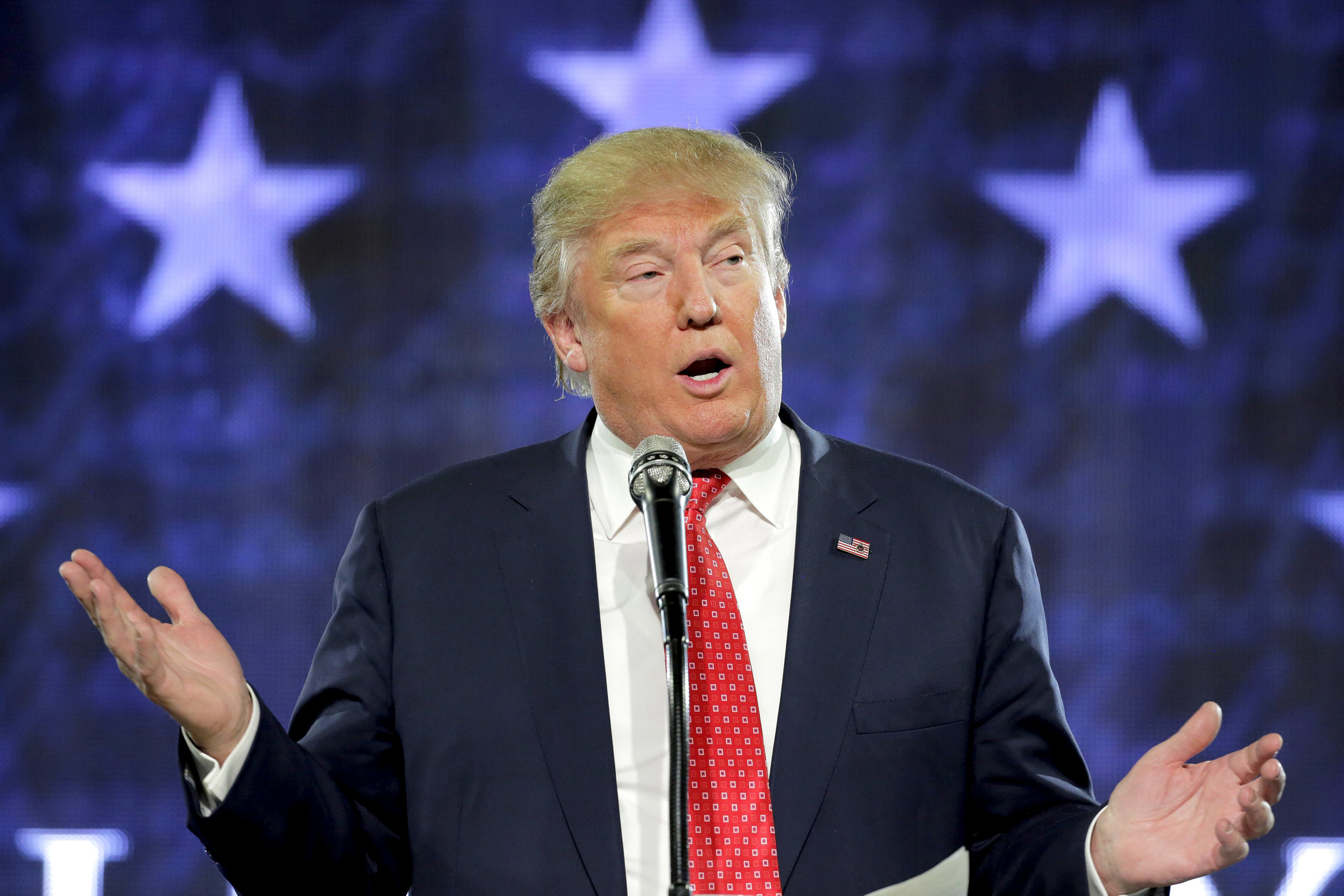 (RNS) On April 28, I joined a multiracial group of Christian ministers and scholars in releasing a statement confessing resistance to Donald Trump as a Christian obligation. Indeed, I helped draft the statement, signed by dozens of leaders such as Jim Wallis, Otis Moss III, Shane Claiborne and Lisa Sharon Harper.

This statement was very carefully drafted after a multiround process of conversation and editing. Evangelicals, such as many of us are, would say that it was written "prayerfully." (While we have not encouraged others to sign on, we hope the statement will be widely shared.)

The statement stems from our shared sense that the Trump phenomenon challenges Christians at a core moral level and that faithfulness to Jesus is at stake in how American Christians respond.

The language of "confessional resistance" harks back to two particular moments in 20th-century history in which groups of Christians made major statements claiming that the very purity of the faith was at stake in political events and that a failure to resist represented a failure to follow Jesus. Those two instances were Nazi Germany and apartheid South Africa. While no direct comparison is intended, the language of confessional resistance draws on that history.

Any such claims from Christians about a political figure, party, regime or policy need to be made very carefully and very sparingly. That's because politics is messy, and political figures and parties almost inherently evoke starkly different responses. Our statement is not a mere declaration of political preference or candidate taste. It is about something much more fundamental.

This line from early in the document summarizes the heart of our concern:

The ascendancy of a demagogic candidate and his message, with the angry constituency he is fueling, is a threat to both the values of our faith and the health of our democracy. Donald Trump directly promotes racial and religious bigotry, disrespects the dignity of women, harms civil public discourse, offends moral decency, and seeks to manipulate religion.

Our analysis is that Trump has gained the following that now puts him on the brink of the Republican nomination by exploiting the economic stresses and cultural tensions that exist in our rapidly changing society. He has risen to power by deliberately inflaming resentment, in particular white, male, working-class, "Christian" resentment. We say it this way:

Donald Trump ... is manipulating ... anger for his own political advantage – at the expense of the common good. Trump is shamelessly using racial resentment, fear, and hatred – always dangerously present in our society – to fuel a movement against “the other,” targeting other races, women, cultures, ethnicities, nations, creeds, and a whole global religion.

Our statement includes an appendix that attempts to list every particular act or type of act (and speech is an act, including social media speech) of  Trump's we think requires specific condemnation and resistance. This bill of particulars aims to remind our forgetful land of the full scope of Trump's offenses and the reasons he must be resisted in a more-than-ordinary way.

These offenses go as far back as his playing the "birther" card against President Obama many years ago. They include his attacks on Mexicans and other immigrants, his statements about American Muslims celebrating after 9/11, his mocking of a disabled reporter, his numerous calumnies directed at particular women, the atmosphere of violence at some of his rallies, his attacks on certain media members, the threatening environment for reporters at his rallies and his tendency toward making threats and personal attacks on his political opponents.

Personally, I would suggest that in some ways Trump appears to be reining himself in as he approaches a potential nomination. But what has been said cannot be unsaid, what has been done cannot be undone. The most inflammatory moments of this campaign will live on forever in media clips and in memory. And whether Trump actually believes much or any of what he has said is also, in that sense, immaterial.

The situation appears especially threatening to many who are members of religious and ethnic minorities in the U.S., and to many women as well. They live with the direct or feared consequence of a candidate who has taken the low road frequently and effectively, and created a movement around him in doing so.

I am personally heartened that many Americans, including many Republicans and many of my fellow evangelicals, have in their own ways communicated a deep, visceral, fundamental sense that this particular candidate represents a unique kind of danger. I am hopeful that the resistance of decent folk will, in the end, keep him out of the White House.

But think about it. As of May 4, a man who has done and said these things is the likely candidate of one of our two major political parties for president of the United States. This is astonishing. It is a moment in which everyone must stand up and be counted.

Our children and grandchildren will one day ask what we did in election year 2016, when Donald Trump was running for president.