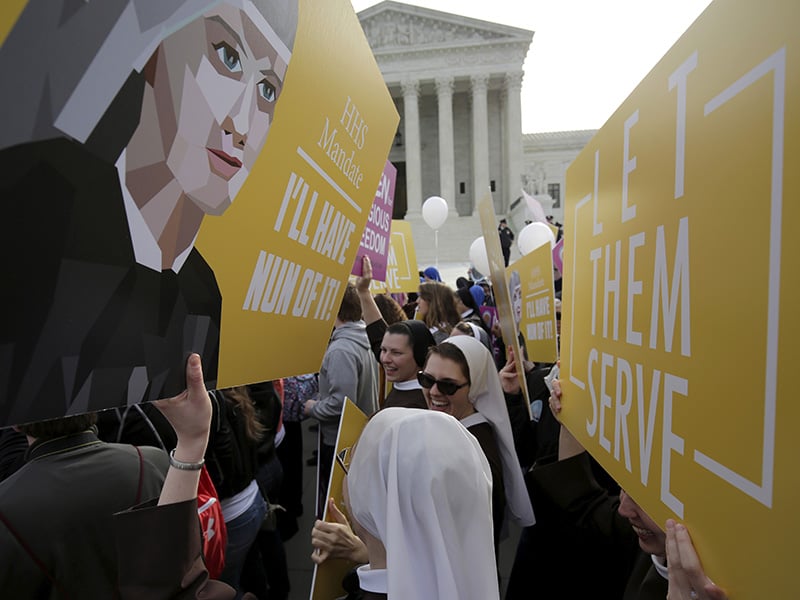 NEW YORK (Reuters) A growing number of U.S. hospitals are now owned or affiliated with Catholic health institutions that restrict procedures such as sterilizations or abortion, according to patients' rights watchdog MergerWatch.

Between 2001 and 2016, the number of Catholic-owned or -affiliated hospitals rose 22 percent to 548 from 449, most of them nonprofit facilities, MergerWatch said in a report released on Thursday (May 5).

While adherence varies, many of these hospitals follow the directives of the U.S. Conference of Catholic Bishops, which prohibit on religious grounds procedures that can interfere with conception or that terminate pregnancy.

"In general, Catholic hospitals provide excellent care," said Lois Uttley, director of MergerWatch and an author of the report. "Our concern is with these restrictions with reproductive health care."

The Catholic Health Association could not comment on the report before it was made public.

MergerWatch said it seeks to protect patients rights as hospitals merge, with support from the American Civil Liberties Union and philanthropic institutions such as the Ford Foundation.

MergerWatch's last count of Catholic-owned or -affiliated hospitals, released in 2013, showed 381 facilities as of 2011, up from 329 in 2001. Its new report added a count of Catholic hospitals acquired by secular health systems which continue to follow religious directives, as well as public or nonprofit hospitals that do not declare an affiliation but are managed or owned by Catholic health systems.

The ACLU said women may be unaware of the restrictions at a particular hospital until they arrive at an emergency room during a miscarriage.

Julia Kaye, a staff attorney with the ACLU Reproductive Freedom Project, has seen an uptick in complaints and litigation since 2013.

Kaye said this issue has been a problem for a long time, but “it is gaining more national attention.”

Jennafer Norris, 37, contacted the ACLU about her experience eight months ago at a Catholic hospital in Arkansas. She does not plan to file a lawsuit but has begun speaking about her case publicly. The ACLU put Reuters in touch with her.

Norris is a former social worker who was using the long-term contraceptive IUD, or intrauterine device, but became pregnant. She developed high blood pressure and other complications seen during two previous pregnancies.

A doctor at the hospital determined she needed a Caesarian section eight weeks before her due date to protect her and the baby. Norris asked for a tubal ligation at the same time to ensure she would not get pregnant again, but the Catholic hospital refused.

"They told me I had to go along with their hospital procedures or discharge myself against medical advice and go to another hospital," said Norris.