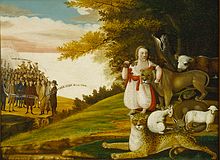 Charles Krauthammer is mystified that the Lumpen GOProletariat  would reject the Republican establishment for failing to deliver on promises to kill Obamacare, defund Planned Parenthood, and end the president's "tax-and-spend hyperliberalism" in order to embrace a presidential candidate who doesn't care about any of those things. Ross Douthat believes that "Reaganite conservatives" who support Donald Trump "would be sleepwalking toward a kind of ideological suicide."

But Trumpism is the antithesis of Reaganism only if you're one of those pointy heads who judges the latter to be, as Douthat puts it, "a fusion of social conservatism, free-market economics, and a hawkish internationalism." The essence of Reaganism, which has sustained the Republican Party for four decades, is not ideology.

Perhaps you've forgotten this line from Reagan's nomination acceptance speech in 1980: "For those who have abandoned hope, we'll restore hope and we'll welcome them into a great national crusade to make America great again!"

Making America great again was Ronald Reagan's message to a people tired of thinking about the Asian war they had lost, upset at the hostages held in Tehran, and sick of high oil prices, racing inflation, and a pious president lecturing them on their malaise. What Reagan offered was the Myth of Restoration.

Classical Antiquity had its Golden Age, whose restoration by a powerful leader like Caesar Augustus would be dreamed of during troubled times. In 19th-century America, it was the Golden Age of the Primitive Church that fired imaginations, leading to restorationist denominations like the Disciples of Christ and new traditions like Mormonism.

Raised as a devout Disciple, Ronald Reagan had religious restorationism in his bones. His genius was to make it the engine of  secular politics, persuading voters that Morning in America could be achieved via traditional mores, bigger military budgets, and the magic of the market.

That recipe was in big trouble at the end of George W. Bush's time in office, what with military quagmire in the Middle East, the Great Recession, and the advance of same-sex marriage. Nevertheless, during Barack Obama's first term Republicans clutched restorationism like a security blanket. What was the Tea Party but a colonial costume party?

In 2012, Ron Paul's campaign slogan was "Restore America Now; his prescription, the "Restore America Plan." "I ask you to join us in this effort to restore America as a nation like no other,” wrote presidential wannabe Newt Gingrich. The GOP platform used "restore" and its cognates no fewer than 21 times, beginning with two sections titled "Restoring the American Dream."

"Restore Our Future" was the name of the eventual nominee's Super-PAC. As Mitt Romney put it in accepting the nomination, “If I am elected President of these United States, I will work with all my energy and soul to restore that America, to lift our eyes to a better future.”

Donald Trump's policy agenda may or may not represent a wholesale rejection of latter-day Republican orthodoxy. But what he's selling, purloined slogan and all, is the same old Reaganite promise of a Golden Age restored. It's as empty now as it was four decades ago.