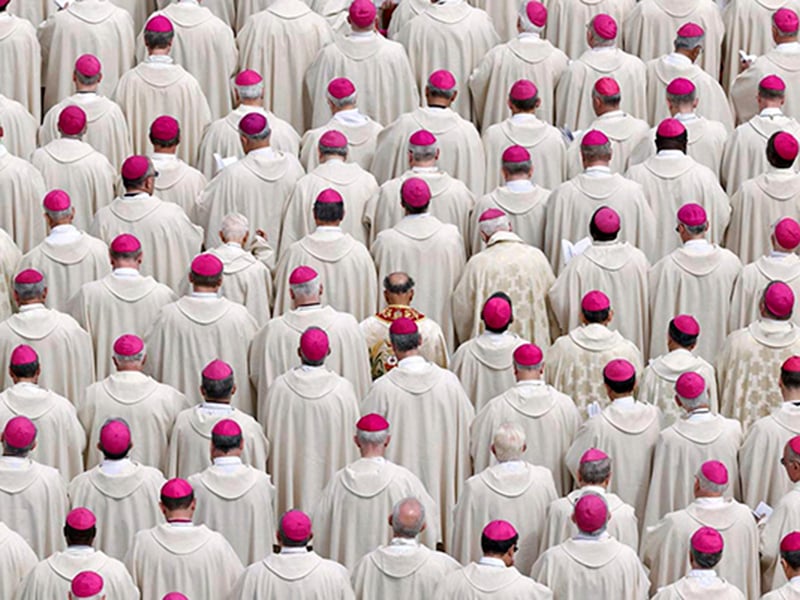 BOSTON -- An annual audit of reports of sexual abuse by members of the U.S. Roman Catholic clergy shows sharp increases in the number of new claims and in the value of settlements to victims.

The audit, released on Friday (May 20), showed that 838 people came forward from July 1, 2014, through June 30, 2015, to say they had been sexually abused by priests, deacons or members of religions orders while they were children, the U.S. Conference of Catholic Bishops said.

That is up 35 percent from 620 new reports of abuse a year earlier, an increase that the bishops said largely reflected a large number of claims in six dioceses that had either filed for bankruptcy or were located in states that opened windows allowing victims to sue over old cases of sexual assault.

While the bulk of the reports related to cases of abuse date back to the 1960s, '70s and '80s, there were 26 reports made by minors of more recent abuse.

The report also found that Catholic parishes and other orders spent $153.6 million on settlements, legal fees and other expenses related to claims of sex assault over the audit period, up 29 percent from $119.1 million a year earlier.

The report does not say what cities saw the sharpest increases. The Archdiocese of St. Paul and Minneapolis filed for bankruptcy and the states of Minnesota and Hawaii lifted their statutes of limitations for reporting old cases of abuse during the period covered by the report.

Bankruptcies have typically led to spikes in reports by abuse survivors afraid they are seeing their last opportunities to seek redress, said Marci Hamilton, a professor at New York's Cardozo School of Law who has studied the abuse crisis.

"All these survivors come out of the woodwork who might never have done so except that this looks like it's their only chance," Hamilton said.

The findings came in the 13th edition of the report, a practice the church began after reports of serial sex abuse by priests and systematic cover-ups by the Catholic hierarchy exploded in the U.S. media in 2002.

Similar patterns of abuse have since emerged at dioceses around the globe, undermining the church's moral authority and sapping its finances as it paid out billions of dollars in settlements.

Pope Francis in 2014 established a Vatican commission intended to establish best practices to root out abuse in parishes.