(RNS) While many evangelical church bodies have reiterated their “no” to homosexuality — and most mainline Protestant traditions have said “yes” — the United Methodist Church, which concluded its quadrennial meeting last week, remains as divided and muddled as ever.

This is fairly predictable, given Methodism’s roots as an evangelical revival movement.

1. Unlike other mainline U.S. denominations, the UMC is a global church.

When Lutheran, Episcopal, and Presbyterian denominations affirmed gay marriage or LGBT clergy, co-religionists in other parts of the world could not stop them. (Though it is worth noting that the Episcopal Church’s affirming stance has created serious challenges in its relationship to the global Anglican Communion.)

Forty percent of the delegates to the United Methodist Church’s recent General Conference were from outside the U.S. As Methodism declines in the U.S. and grows in other places, particularly Africa, where traditional Christian attitudes about sexuality remain strong, conservatives are guaranteed to be a majority for many years into the future. 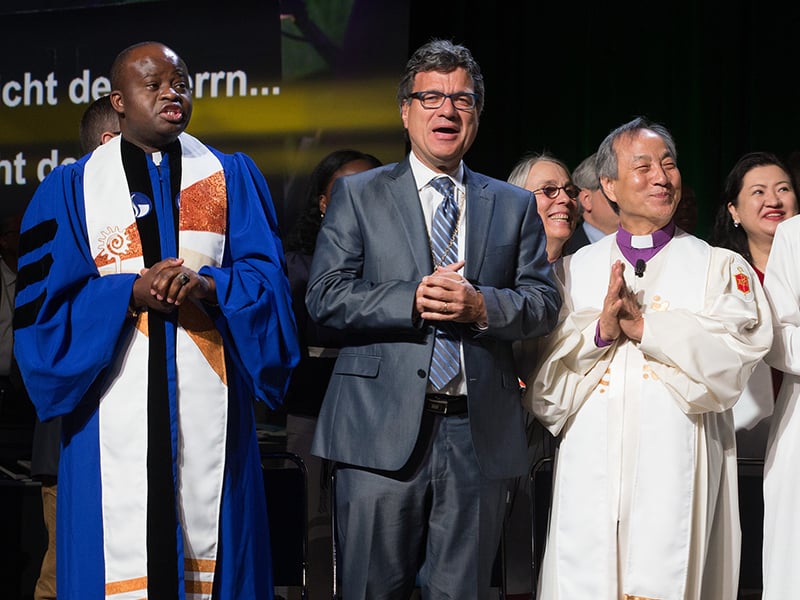 But the Discipline also affirms that LGBT people are individuals of sacred worth and that the church should be in ministry for and with all persons.

Last week, the denomination decided not to vote on proposed legislation that would affirm LGBT Methodists. Those proposals would have failed, anyway.

Instead, delegates implored the church’s bishops to lead in the midst of passionate disagreement. Never mind that the bishops’ uncertain commitment to the Discipline and uneven enforcement of violations have led directly to the present ecclesial chaos.

So the bishops proposed appointing a commission to revisit all church teaching on human sexuality and to investigate new forms of church organization that might allow the denomination to remain united in the midst of disagreement. Delegates narrowly approved the proposal. Supposedly, the commission will convene later in 2016, work for about two years, and report its recommendations to a specially called General Conference in 2018 or 2019.

Thus both sides claimed victory. Traditionalists celebrated that the church did not follow other denominations in liberalizing on gay issues. Progressives cheered the commission as a chance to have their inclusive views legitimated by the whole church.

In reality, the bishops did not lead.

Schism may be impractical or prohibitively expensive, but it’s more likely than not. There is no reason to delay the inevitable discussions about how, if at all, each side can remain connected to the other after some definitive split takes place.

One wonders how many bishops will retire and begin to draw on their pensions before their successors finally do what needs to be done. Yet it may be the case that the clergy pension fund is all that holds the church together.

While most other Protestant groups will face their manifold challenges with some degree of certainty about where they stand on human sexuality, United Methodist chaos will continue.

Instead of beginning serious deliberations now about who will leave, who will stay, and who will pay for the fallout, the United Methodists await a commission report.

The denomination’s unsustainable ecclesial disunity will continue unabated: Many LGBT clergy are coming out of the closet, many more will disobey church teaching, and some will face expensive and divisive church trials.

United Methodists had a chance to confront reality and begin to chart a way forward. Instead, they ratified the status quo, appointed a committee, and kicked the can down the road. In other words, they did the most Methodist thing ever.