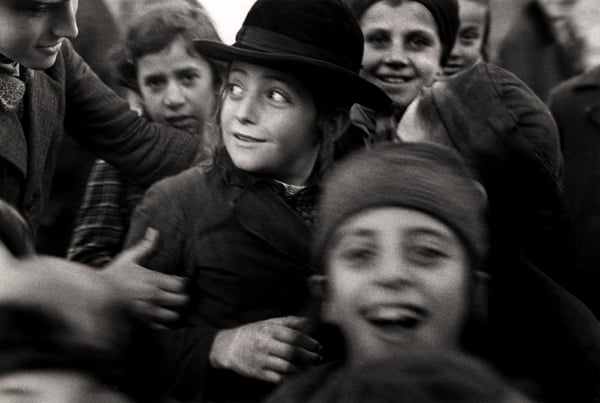 For my parents, it was Dr. Benjamin Spock.

For us, it was T. Berry Brazelton and Penelope Leach.

And for this generation, it might be Rabbi Danya Ruttenberg.

It's not that Rabbi Ruttenberg is an expert on child-rearing. Not quite. You're not going to be consulting her new book -- Nurture The Wow: Finding Spirituality in the Frustration, Boredom, Tears, Poop, Desperation, Wonder, and Radical Amazement of Parenting -- for advice on, say, dealing with colic.

(And, in fact, there are several great books on Jewish parenting -- including by my colleagues, Paul Kipnes and Michelle November  -- as well as the books by Wendy Mogel, which are totally informed and influenced by a Jewish read on the world).

No; here is what Danya does -- and it is unique.

She takes the experience of parenting, in all of his varied dimensions, and she figures out where God is located in all of this.

So, the book is not about how to parent.

It's about why you would even want to.

Her insights flow naturally, lovingly, and credibly. (Have I mentioned that Danya writes like no one's business?) She figures out how parenting is a metaphor for the stuff of religious life.

It's about selfless love, and making sacrifices -- as in seeing your work as a parent as a sacrificial offering.

It's about the mundane repetitive work that comes with being a parent -- like reading "The Very Hungry Caterpillar" to your kid for what seems like the nine thousandth time -- which, as it turns out, is not terribly different from reading the same prayers from the same book, week after week, to the same God -- because it's the same kind of love.

It's about the mystery of life, and about its unfairness.

And, yes, it's about stuff -- the bodily fluids that are part of the birth process; the sweet milk that is part of nursing (and she retrieves the prayer of an eighteenth century Italian Jewish women, thanking God for the gift of that milk); oh, and yes -- it is about the poop. Danya reminds us, eloquently -- there is a blessing for elimination in the Jewish tradition.

But there is a deeper message in Danya's book -- and it is something that I have thought about many times over the years.

It is simply this. Danya quotes my teacher, Rabbi Lawrence Hoffman:

Imagine a continuum of spiritual behavior, with the normative men's prayers at one end. The official Jewish record of spiritual striving, that is the rabbinic literary corpus, records only that end of the spectrum...It is as if women walked through history carrying spiritual flashlights from which there emanated only infrared wavelengths, in a world where an automatic light detector recorded only ultraviolet.

In other words, the people in charge of recording and formulating Jewish religious expression...didn't have the capacity to understand women's spiritual experiences.

In texts written, shaped, edited, and canonized by men, where are the women's voices -- especially about those things that have to do with women's lives, experiences -- and, ahem, bodies?!?

Try reading the descriptions and prohibitions regarding menstrual blood in Leviticus -- not to mention the adjacent rules regarding childbirth -- and you will ask: "Who wrote this?"

Which is the same question that you will ask about the section of the Talmud called "Nashim" -- women.

So, Danya's book fills a necessary gap, and it adds to a rapidly growing body of literature. It is the work of a woman writing about a primal experience that many women have. In this sense, she continues the work of her great-great-grandmothers, the pious Jewish women who wrote tkhines, their own prayers to God.

Men also need to be open to the divine nature of parenting.

Years ago, I wrote in Searching For My Brothers:

The only glimpse we can have of God’s inner life is thinking about what it’s like to be a parent. You watch your infant roll over for the first time. You coax her to do it, wondering if you should help or not, wondering if she will get it on her own. That’s the way it is with God and humanity as well...

Then, your child starts to walk. You are terrified that he may fall and that he may get hurt. You must step back and let your child fall. It’s the only way he will grow. That’s the way it is with God and humanity as well...

You entertain your child with a game of peekaboo. “Here I am…oops, I’m gone…I’m back again.” Your child smiles at your presence, gets worried about your absence, and laughs in delight when she sees you again. That’s the way it is with God and humanity as well.