(RNS) Creationist Christian tourists may soon flock to the Ark Encounter, a literal vision of Noah’s story in Genesis come to life in July as a theology-packed tourist attraction in Williamstown, Ky. 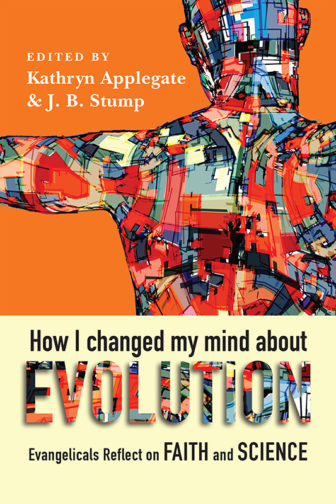 “How I Changed My Mind About Evolution,” edited by Kathryn Applegate and J.B. Stump

But this month, another group of evangelicals is making a very different case – minus any animatronic critters — in a new book, “How I Changed My Mind About Evolution.”

It promotes the idea that one can be serious about Christian faith and still accept a scientific Darwinian account of human origins. BioLogos, the organization of pro-evolution Christians in the sciences founded by famed geneticist Francis Collins, teamed with InterVarsity Press to publish a collection of 25 personal essays from clergy, scholars and scientists.

Astrophysicist Deborah Haarsma, president of BioLogos, said the goal of the book was “just to tell stories. Storytelling has a power. It engages heart and soul as well as the mind.”

One of those stories is her slow, thoughtful shift from the teachings of her childhood church that God created the world, microbes to mankind’s Adam to Eve, less than 10,000 years ago. 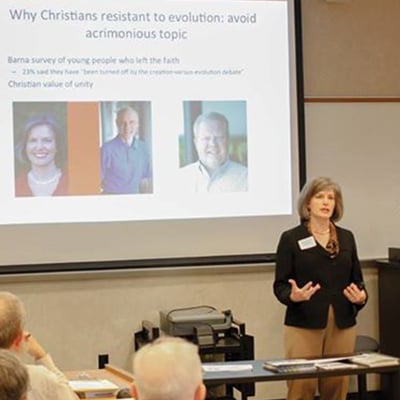 But Haarsma, like most of the essay writers, is neither an atheist acolyte of godless science nor a “young-Earth creationist” like backers of the Ark Encounter or its sister attraction, the Creation Museum.

The more science she studied, Haarsma wrote, the more she was driven back into her Bible, asking herself, “What was Genesis really teaching?”

Her childhood church “never taught me the cultural context of the Bible and how the Hebrews navigated the ancient Near Eastern world,” she said. She came to see the Bible as  delivering a unique theological message while using the language of the times.

She treasures Genesis, she said, because she reads in it the message that “God is continually sustaining the universe he created with intention and for a purpose.” Science, she wrote, doesn’t replace God, “it gives us a human description of how God is creating and sustaining.”

RELATED STORY: What’s your ‘cosmic identity’? Philosopher says you have one

However, BioLogos is not relying only on the book to get its message out. This fall the organization will send scientists and theologians on the road to speak to churches, seminaries and universities.

“There’s a lot of room for conversation in our culture,” Haarsma said. 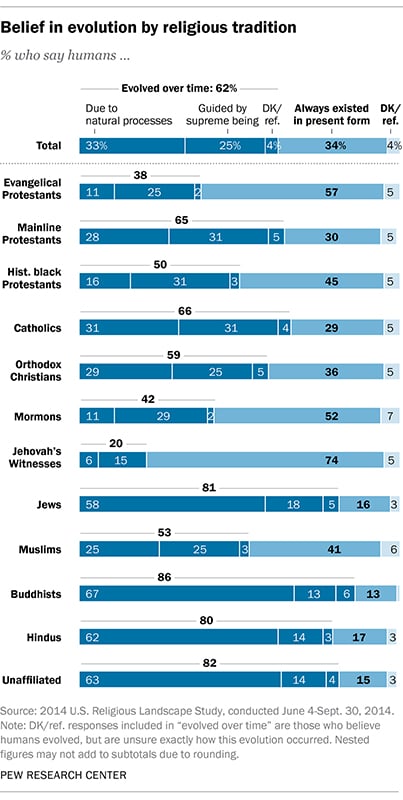 Many surveys, like a Pew Research study released in 2015, show a typical three-way split among U.S. adults:

However, a study commissioned by BioLogos, the National Study of Religion & Human Origins, found there are more openings to change minds than many realize.

— “Atheistic evolution” supporters, who take an anti-religious stand for facts, including the scientific view of evolution, as “superior to superstition and irrational beliefs.”

— “Theistic evolution” followers, like Haarsma, who do not see contradictions in the lessons of Genesis and Darwin.

However, Hill’s major finding — one that explains the target audience of the new book — was that in open-ended questions “well over half the population are at least somewhat uncertain about what they believe.”

They could not articulate their basic views on human origins, they held beliefs that didn’t fit the usual categories, or the whole question of human origins wasn’t particularly important to them, Hill wrote.

That question is very important to megachurch pastor and author John Ortberg of Menlo Church outside San Francisco, who adapted a sermon for this book.

Like Haarsma, he moved inch by inch over time from a childhood that didn’t emphasize science to learning more about “the nature of Genesis and the questions it tried to answer in its time.”

He contributed to the book because, he said, “We are losing too many bright young people who are getting misinformation about science or faith or both. It’s a tragedy for many young people who think they have to choose.”