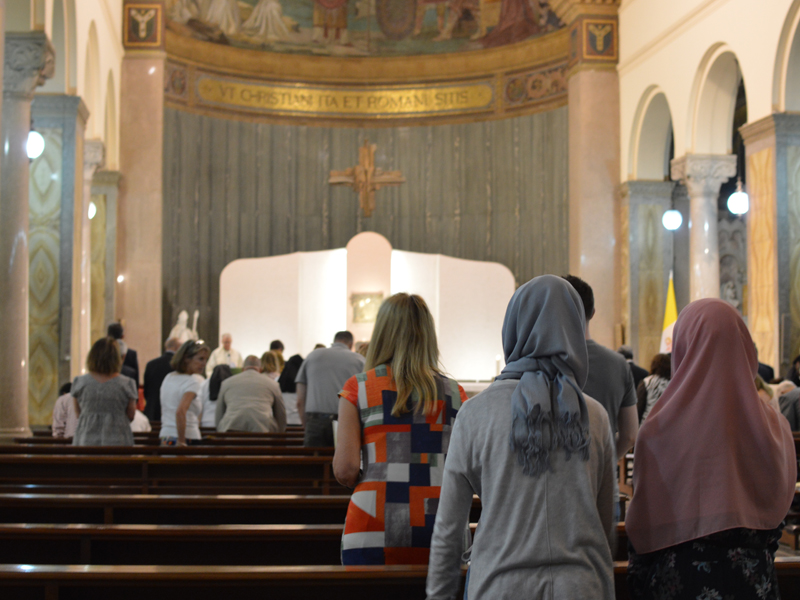 ROME (RNS) Around 70 people gathered at St. Patrick’s Catholic Church near the U.S. embassy here for a prayer service dedicated to “the victims of hatred and violence” in Orlando.

The event on Thursday (June 16) came four days after 49 people were killed and 53 injured by a gunman at a gay nightclub in the Florida city.

The U.S. ambassador to the Holy See, Kenneth Hackett, attended the service along with diplomats and staff from at least seven embassies.

Speaking on Friday, Hackett said the service was intended to be a time for grieving and sharing people’s pain in a religious context. “This was a very traumatic event … It really upset so many of us on a number of different levels,” he said.

There has been a debate among some Catholics in the U.S. over whether church leaders are doing enough to note that days and lesbians were apparently targeted by the attacker.

But the ambassador said that wasn't an issue in this case.

“We saw it as an attack on people," Hackett said. "The Catholic Church talks about respect for all people, no matter what their situation in life. We’re just saying this is really horrible, intolerable, and I believe that the Catholic Church teaching would also say it’s horrible.”

Pope Francis responded to the attack on Sunday, hours after the shooting at the Pulse nightclub, describing it as an act of “terrible and absurd violence.”

“The terrible massacre that has taken place in Orlando, with its dreadfully high number of innocent victims, has caused in Pope Francis, and in all of us, the deepest feelings of horror and condemnation, of pain and turmoil before this new manifestation of homicidal folly and senseless hatred,” the Vatican said in a statement.