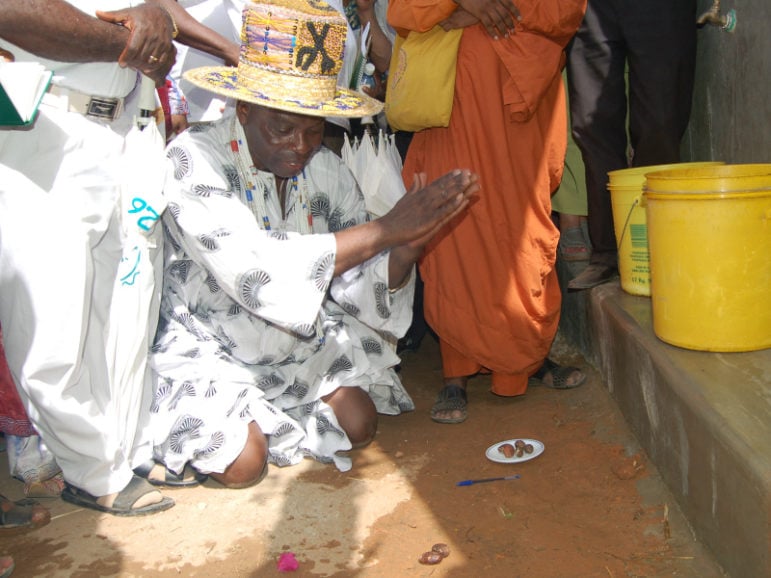 (RNS) Robert Hounon, a voodoo priest from Benin in West Africa, performs a ritual on water. Rituals like this one are common in Africa and are rejected by Christian leaders who see them as witchcraft. Photo by Fredrick Nzwili

NAIROBI, Kenya (RNS) Ugandan Anglican Archbishop Stanley Ntagali is raising concerns over the practice of witchcraft in his country amid reports of Christian politicians and citizens visiting witch doctors and shrines to their ancestors.

The archbishop first expressed worry in May, after the recently re-elected parliamentary speaker, Rebecca Kadaga, visited her ancestral shrine in eastern Uganda to allegedly thank her ancestors for her good luck.

Since then, several politicians have been sighted at shrines, according to news reports.

Ntagali has reacted sharply to what he called unacceptable syncretism in the majority Christian nation, and urged the leaders to be true to their Christian faith.

“Choose this day whom you will serve. This is what I am saying to all Ugandans — political leaders and ordinary citizens,” said the archbishop in an interview.

The Bible revealed a God that is greater than the evil spirits and the kingdom of darkness that controls so many people’s lives, he continued.

“We value our ancestors because we are connected to them by the relationship we have,” the archbishop said in a May 25 statement. “But, we must always trust only in God. We no longer need to go through the spirits of the dead because Jesus is our hope and protector.”

Other clerics and theologians have also called out the reliance on witchcraft.

The Rev. Stephen Mugambi of Kenyatta University in Nairobi said the fear is that visits to dead ancestors and witch doctors will blur the line between Christianity and African traditions.

“I think the line should be clear. Those who are Christians must abide to the Bible, thus no other gods,” said Mugambi.

Witch doctors are popular in Africa, with ordinary people seeking their services to help them get a job, pass an exam or get a raise.

Recently in Tanzania, visits to witch doctors have stirred a demand for the body parts of albino people, which are believed to generate powerful witchcraft potions that could bring wealth or good luck.

That has sparked a slew of attacks and killings of albinos in some countries. 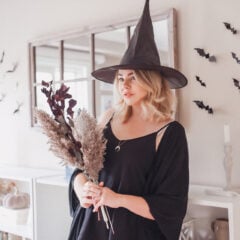